Gramsci and the art of politics Alex Callinicos Marxism 2018 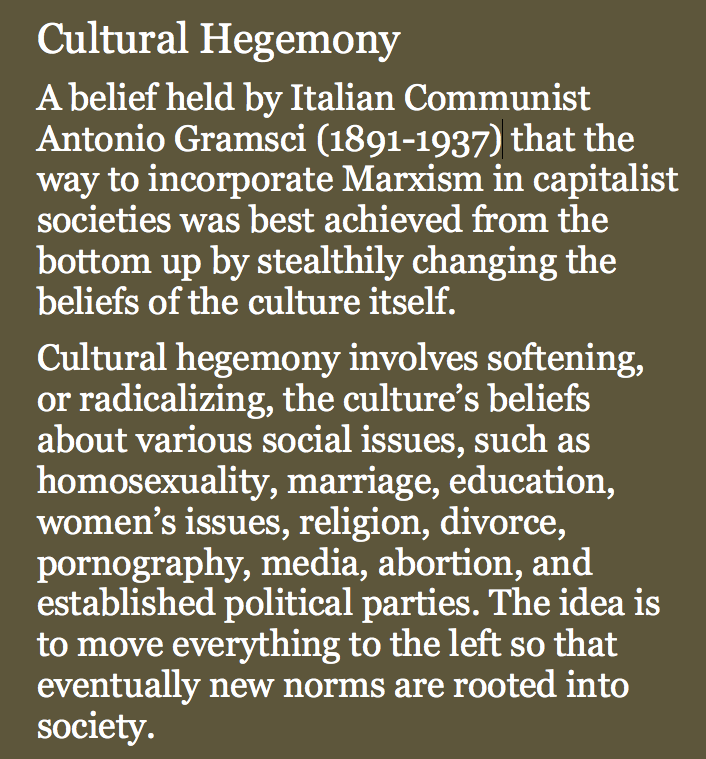 A clear reformist perspective by the right Stalinist Gramsci

Gramsci and the art of politics Alex Callinicos Marxism 2018

Here Callinicos presented Gramsci as the equal to Lenin in some senses but as a greater theoretician of the art of politics than Lenin. Lenin was the greatest practitioner of Marxism but Gramsci was the best in the art of Marxist politics. Trotsky did not get a look in, Marx was an abstract theoretician and Lenin put that theory into practice, but Gramsci was the master of the overview of how to make revolution. Rosa Luxemburg was mentioned also as a great theoretician and Chris Harman was the world expert on Gramsci.

Gramsci did support Zinoviev against Trotsky but that was all the criticisms we got. One speaker from the floor praised the Lyon Conference of 1926 where the PCI became a proper democratic centralist organisation, a view that is reiterated by Callinicos and Chris Harman in many articles from the 70s on. His brilliance and ability to analyse and the strength of his Prison Notebooks establish him as a great theoretician but unfortunately many reformist and Euro Communists have sough to claim him as a reformist, since many references to in those Prison Notebooks are vague and could be taken either as reformist or revolutionary. But you must give him the benefit of the doubt, after all he was writing in a fascist prison and he could not be too explicit, or it would not get past the censors.  So the story goes in the SWP and IS historically where Trotsky was ceded to Gerry Healy and partially to Ted Grant and Rosa Luxemburg and Gramsci, not to mention Georg Lukács, (“Trotsky I disliked immediately: I thought him a poseur” New Left Review I/68, July-August 1971,  Lukács on his life and work, https://newleftreview.org/I/68/georg-lukacs-lukacs-on-his-life-and-work) were hailed as adequate substitutes.

Gramsci was a Stalinist, and a right Stalinist to boot. He supported Stalin right from 1923, before Lenin’s death in 1924. Callinicos says he made mistakes by supporting Zinoviev against Trotsky but that was in the time when Zinoviev was the leading figure in rejecting the United Front and “Bolshevising” the Comintern in the triumvirate of Zinoviev, Kamenev and Stalin against Trotsky and the dying Lenin. Then in about 1925 a change happened, and Stalin allied with the right Bolshevik Bukharin in conciliating the Kulaks, the rich peasantry (“enrich yourselves”) and NEPmen (New Economic Policy of 1921) while Zinoviev and Kamenev formed the Joint Opposition now against this over-expansion of the NEP and rejection of planned industrialisation. Also, Stalin and Zinoviev had revived the pre-April 1917 formulation of the Democratic Dictatorship of the Proletariat and Peasantry for China, which Lenin decisively rejected in his famous April Theses. Now instead of supporting the Provisional Government, as Stalin, Kamenev and Zinoviev has done before Lenin arrived back in April 1917 the Comintern were supporting the bourgeois nationalist Chiang Kai-shek and the Kuo Ming Tang.  Chiang was made an honorary member of the Executive of the Comintern on Stalin’s motion. Trotsky had been accused of attempting to foist his theory of permanent revolution on the party and, when in the Joint Opposition, Zinoviev admitted this was a preplanned manoeuvre by the Triumvirate. Gramsci supported the block of Stalin-Bukharin against Trotsky from a right Bolshevik position.

Of particular importance in Italy was the 1926 Leon conference of 1926, referred to above. This achieved two things, it ousted Bodega as the leader, who led the left wing and was closely allied to Trotsky then and it “bolshevised” the PCI, that is it abolished its internal democracy so the left could not make a comeback.

Gramsci’s prominence is due to the outcome of that 1926 Lyons Congress where the centre won almost all the votes in the absence of much of the left, who were unable to attend as a result of fascist controls and lack of Comintern support. Bordiga was not able to attend and Gramsci and Togliatti now took control as the direct agents of Stalin’s Comintern. The main purpose of the Lyons Conference was to defeat the left, Bordiga in particular, and to ‘Bolshevise’ the party, i.e. to reduce it to a mere mouthpiece of Stalin’s bureaucracy in the period of the United Opposition of Trotsky, Zinoviev and Kamenev, who fought Stalin’s disastrous policy on China; Chiang Kai-shek, the butcher of the Shanghai Soviet in 1927, was an honorary member of the Presidium of the Comintern on Stalin’s and Bukharin’s invite at that time.

The ‘Bolshevisation’ of the party was accomplished by the adoption of the document, The Construction of the Communist Party as a “Bolshevik” Party part of the Lyons Theses. Thesis 24 correctly explains that:

“The Italian workers have learnt from their experience (1919-20) that where the leadership of a Communist Party, built as the party of the working class and as the party of revolution, is missing, no victorious outcome of the struggle to overthrow the capitalist order is possible,”

But then Thesis 25 asserts:

“The Communist Party needs complete ideological unity in order to be able at all moments to fulfil its function as leader of the working class. Ideological unity is an element of the Party’s strength and political capacity; it is indispensable, to make it into a Bolshevik Party.”

Of course, anyone who knows history the Bolshevik party in 1917 knows that if this rule applied there would have been no October Revolution. Lenin’s April Theses were opposed by the majority of the leadership and he continued his struggle against “complete ideological unity” of Stalin, Kamenev, and Zinoviev until he defeated them and won the argument for the second revolution.

So, we can see where all this is going; oppositions are not to be tolerated, the much-vaunted bureaucratic centralism so common in Stalinism and degenerate Trotskyism has triumphed. Thesis 25 goes on, “However, it did not find in the history of the Italian workers’ movement any vigorous or continuous current of Marxist thought that it could invoke.” In other words, you will have to get your Marxism from Uncle Joe because there is no one to ask in Italy who has a theoretical thought in their heads.

Thesis 26 attacks the ‘rights’ and proclaims that:

“The same pessimism and the same deviations lead to an incorrect interpretation of the nature and historical function of the social-democratic parties at the present time. They lead to forgetting that social-democracy, although it still to a great extent conserves its social base in the proletariat, must so far as its ideology and the political function it fulfils are concerned be considered, not as a right wing of the working-class movement, but as a left wing of the bourgeoisie, and as such must be unmasked in the eyes of the masses” (our emphasis).

This foreshadows the ultra-left lunacy of the third period of social fascism but has not got that far yet. It is NOT an assertion of social democracy as a bourgeois-workers party, they are just another bourgeois party, “although it still to a great extent conserves its social base in the proletariat.”

But the main target of this section, Theses 27 and 28, is the left and Bordiga in particular who is named as the leader of an ultra-left tendency who is opposed to the party line. Of course, we are aware that there is a certain truth in this charge and Lenin held this view of Bordiga. But even if we accept that Bordiga had not altered his views, and Trotsky thought he had, the entire thrust of this is against the left in general who retained some critical theoretical independence. Because of the early illegalization of the Italian party since 1922 Stalinisation. i.e., ‘Bolshevisation’ had not progressed as far in Italy. The majority of the party were still subjective revolutionaries, albeit with some ultra-left tendencies. And it was that subjectively revolutionary base that emerged in Italy from 1944 on and against which Stalin instructed Togliatti to enter into an alliance with the fascist Badoglio. Stalin was a cynical centrist by 1926, not yet the counter-revolutionary of 1944.

“Ultra-leftism was the official ideology of the Italian party in the first period of its existence. It is advocated by comrades who were among the founders of the party and made a very great contribution to its construction after Livorno. There are, therefore, factors which explain how this conception was for a long time deeply rooted in the majority of comrades. It was not so much critically evaluated by them in any thorough-going manner, as it was the consequence of a widespread state of mind. It is thus evident that the leftist danger must be seen as an immediate reality; as an obstacle not only to ideological unification and refinement, but to the party’s political development and the effectiveness of its activity. It must be combated as such, not just through propaganda, but through political action and, if necessary, through organizational measures.”

So, some truth here is used to impose a Stalinist line of conformity. [1]

Gramsci only disagreed with the Third Period of ultras left lunacy from 1928 to 1934 and that disagreement was from the right and not from a Marxist stance. He fully embraced the Popular Front of 1935 and even though he disagreed with the Great Purges, the first trial which began in August 1936 of 16 members of the so-called “Trotskyite-Kamenevite-Zinovievite-Leftist-Counter-Revolutionary Bloc”. Grigory Zinoviev and Lev Kamenev were executed immediately after the trial as were all other defenders many members of the families. Hard line “Bolshevised” Italian Stalinists beat up Gramsci for his stance. And this is more reformist nonsense.

Toby Abse provides the history of Togliatti’s Stalinism in What Next? journal No. 25 in 2003:

“To conclude, the depth of Togliatti’s Stalinism has been underestimated by the vast majority of writers sympathetic to the Italian left. The old claims that his involvement in Stalin’s terror was confined to signing the death warrants of the Polish Communists under duress in Moscow or that his career after 1944 was entirely distinct from the path he took between 1926 and 1944 are no longer tenable. Firstly, Togliatti played a leading role in [2] implementing Stalinist policy in Spain, not only dictating the line and often the very words of the speeches of the PCE leaders but also crushing an authentic workers’ and peasants’ revolution, led by anarchists, POUMists and leftwing socialists, by a variety of means that included not just elaborate political intrigues that exploited the divisions in the ranks of other political forces but the importation of NKVD tactics of a hitherto unknown brutality on to the streets of cities such as Barcelona. Secondly, the svolta di Salerno, Togliatti’s famous new strategy annunciated to the Italian Communists in March 1944, was the direct result of orders from Stalin, not the outcome of autonomous reflection. The Spanish and Italian experiences were closely linked for the very notion of a parliamentary road to socialism in Western Europe was first set out by Stalin in his December 1936 letter to Caballero … The Spanish Communists who worked with him in 1936-39 grasped the profound moral emptiness that lay behind his tactical genius and it could be argued that the image conjured up by their descriptions is that of an intelligent psychopath, not the heroic figure of the Spriano-Agosti-Sassoon hagiography. El Campesino portrayed him as “cold, cynical, without nerves and without scruples” and Enrique Castro was reminded of the words of his secretary in Spain: “He is the type of man that would make love to me just as coldly as he would have given orders to shoot me”. [3]

[1] See David Broder: The renegade from Trotskyism has become a Stalinist,  https://socialistfight.com/2017/10/27/david-broder-the-renegade-from-trotskyism-has-become-a-stalinist/

[3] Tobias Abse, Togliatti: Loyal Servant of Stalin, What Next? No 25,  http://www.whatnextjournal.org.uk/Pages/Back/Wnext25/Togliatti.html