SOME HISTORICAL HEROES AND SOME QUOTES TO PONDER

Robert Cruau (Max) Postmaster at Nantes, then in charge of agitation in the German

These brave efforts brought down harsh repression on the heads of the French Trotskyists, many of whom such as Yvan Craipeau had repeatedly raised the alarm in the group about certain comrades’ lack of care in evading detection. Realising these fears, young Fourth International activists imprudently but enthusiastically joined in a demonstration staged by Der Arbeiter activists through the streets of Kerhoun, singing the Internationale and thus attracted the attention of the fascist police. Not much later, in early October 1943 a meeting of Trotskyist activists and German soldiers held in Brest was found out by the Gestapo, who arrested all the participants. 17 German soldiers as well as Robert Cruau, who organised fraternisation in the region, were executed on 6 October. Once the Gestapo were on the trail, the Trotskyists were doomed. On 7 October 18 Fourth International Committees activists in Brittany were arrested, along with much of the Paris organisation. In total around fifty French activists were rounded up, and many of them were tortured, executed or sent to concentration camps. Similarly, as many as fifty Der Arbeiter soldier comrades were put to death, and their paper never reappeared. Arbeiter und Soldat was itself out of action until May 1944, such were the losses suffered by the Fourth International Committees.

Even as the flames licked his feet, the polymath Giordano Bruno refused to recant. Now, at least he’s gotten an expression of remorse from the Catholic Church. On 17 February–the 400th anniversary of Bruno’s auto-da-fé at the hands of the Inquisition in Rome–Cardinal Angelo Sodano declared the heretic’s execution to be a “sad episode.”
Bruno, a 16th century Dominican friar, was expelled from country after country for heretical views that ranged from dabbling in magic to denying the divinity of Christ. What endears him to modern scientists, though, is that Bruno embraced Copernicus’s heliocentric model of the solar system and even went one step further: He declared that Earth was just one of an infinite number of worlds, each perhaps inhabited by creatures entirely foreign to us–and to the church. After a long imprisonment, Bruno was burned at the stake in 1600. It is unclear whether Bruno’s cosmology played a role in his condemnation, but he has since become a symbol of a church crusade against the progress of science.

And reproduced from the 1901 biography of St Domnic the ignorant and misogynistic Monk Stephen admonished Escarmonde, a mere woman for entering a philosophical debate:
“The discussion (on heresy) was carried on with much animation, and on  Esclarmonde interposing on behalf of the heresy she drew forth from Brother Stephen the bold apostrophe: “Get you to your distaff; it does not become you to meddle in this affair”
She took up residence in Pamiers and it is thought that she was responsible for the decision to refortify the Castle at Montségur ( The Name in Occitan. Click here to find out more about occitan. Montsegùr) in preparation for the likely assaults by the French Catholic Crusaders. In 1207 she took part in (and probably organised) the Colloquy of Pamiers (also called the Colloquy of Montreal) the last public debate between the Cathars and the Roman Catholic Church whose representatives were led by Dominic Guzman (later Saint Dominic). It was at this debate that Esclarmonde famously tried to speak, only to be admonished by a representative of the Roman Church: “go to your spinning madam. It is not proper for you to speak in a debate of this sort”. The churchman’s faux pas, as obvious to an educated Occitan audience as it is to most people today, was not at all obvious to Saint Dominic and his supporters. The Catholic church’s treatment of such a prestigious figure as Esclarmonde could only have had the opposite effect to that intended, yet up until the twenty first century the Church never seems to have grasped why their representatives lost in these debates so comprehensively or so consistently.

If we have chosen the position in life in which we can most of all work for mankind, no burdens can bow us down, because they are sacrifices for the benefit of all; then we shall experience no petty, limited, selfish joy, but our happiness will belong to millions, our deeds will live on quietly but perpetually at work, and over our ashes will be shed the hot tears of noble people.

Post-cold war, New-World-Order time, it looks good for the M-I-I-C  and their global partners in crime, the World Bank and the IMF. They’ve got their NAFTA and their GATT World Trade Organization. They’re dictating economic, political and social development all over the Third World and Eastern Europe. Moscow’s reaction to events anywhere is no longer a restraining
consideration. The UN’s Code of Conduct on Transnational Corporations, 15 years in the making, is dead. Everything in sight is being deregulated and privatized. Capital prowls the globe with a ravenous freedom it hasn’t enjoyed since before World War I, operating free of friction, free of gravity. The world has been made safe for the transnational corporation.

Sleep Not Longer, O Choctaws and Chickasaws, a speech before a joint council of the Choctaw and Chickasaw nations (1811)
The way, the only way to stop this evil is for the red man to unite in claiming a common and equal right in the land, as it was first, and should be now, for it was never divided.”
We gave them forest-clad mountains and valleys full of game, and in return what did they give our warriors and our women? Rum, trinkets, and a grave.
Brothers — My people wish for peace; the red men all wish for peace; but where the white people are, there is no peace for them, except it be on the bosom of our mother.
Where today are the Pequot? Where are the Narragansett, the Mohican, the Pokanoket, and many other once powerful tribes of our people? They have vanished before the avarice and the oppression of the White Man, as snow before a summer sun.
Will we let ourselves be destroyed in our turn without a struggle, give up our homes, our country bequeathed to us by the Great Spirit, the graves of our dead and everything that is dear and sacred to us? I know you will cry with me, ‘Never! Never!

FRIEDRICH ENGELS, THE ORIGIN OF THE FAMILY, PRIVATE PROPERTY AND THE STATE

The emancipation of woman will only be possible when woman can take part in production on a large, social scale, and domestic work no longer claims anything but an insignificant amount of her time.

ROSA LUXEMBURG ON THE KIEV MASSACRE

During the night two delegates of the railwaymen were arrested. The strikers immediately demanded their release, and as this was not conceded, they decided not to allow trains leave the town. At the station all the strikers with their wives and families sat down on the railway track-a sea of human beings. They were threatened with rifles salvoes. The workers bared their breast and cried, “Shoot!” A salvo was fired into the defenceless seated crowd, and 30 to 40 corpses, among them women and children, remained on the ground. On this becoming known the whole town of Kiev went to strike on the same day. The corpses of the murdered workers were raised on high by the crowd and carried round in mass demonstration. 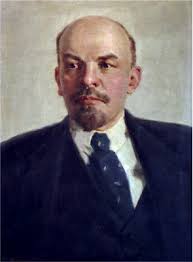 We are marching in a compact group along a precipitous and difficult path, firmly holding each other by the hand. We are surrounded on all sides by enemies, and we have to advance almost constantly under their fire. We have combined, by a freely adopted decision, for the purpose of fighting the enemy, and not of retreating into the neighbouring marsh, the inhabitants of which, from the very outset, have reproached us with having separated ourselves into an exclusive group and with having chosen the path of struggle instead of the path of conciliation. And now some among us begin to cry out: Let us go into the marsh! And when we begin to shame them, they retort: What backward people you are! Are you not ashamed to deny us the liberty to invite you to take a better road! Oh, yes, gentlemen! You are free not only to invite us, but to go yourselves wherever you will, even into the marsh. In fact, we think that the marsh is your proper place, and we are prepared to render you every assistance to get there. Only let go of our hands, don’t clutch at us and don’t besmirch the grand word freedom, for we too are “free” to go where we please, free to fight not only against the marsh, but also against those who are turning towards the marsh!

LEON TROTSKY THEIR MORALS AND OURS (1938)

The principle, the end justifies the means, naturally raise the question “and what justifies the end?” In practical life as in the historical movement the end and the means constantly change places. A machine under construction is an “end” of production only that upon entering the factory it may become the “means” Democracy in certain periods is the end of the class struggle only that later it may be transformed into its “means.”

Man will not be freetill the last king is strangled with the intestines of the last priest. 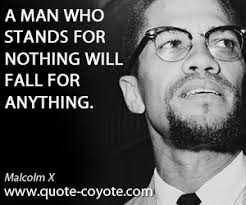 The only way we’ll get freedom for ourselves is to identify ourselves with every oppressed people in the world. We are blood brothers to the people of Brazil, Venezuela, Haiti, Cuba — yes Cuba too.”

But while Law remains the conservation of all the worst tyrannies imposed by man upon his fellow-man through all our long and bloody history, while Order is but a synonym for the cringing submission of spiritless slaves, the Socialist will remain an enemy of Law, and a disturber of Order.

The elimination of force at all costs is Utopian and the new movement which has arisen in the country and of whose dawn we have given a warning is inspired by the ideals which Guru Gobind Singh and Shivaji, Kamal Pasha and Reza Khan, Washington and Garibaldi, Lafayette and Lenin preached.

Kollontai admonished men and women to discard their nostalgia for traditional family life. “The worker-mother must learn not to differentiate between yours and mine; she must remember that there are only our children, the children of Russia’s communist workers.” However, she also praised maternal attachment: “Communist society will take upon itself all the duties involved in the education of the child, but the joys of parenthood will not be taken away from those who are capable of appreciating them.”

Even the moon, the sun, the stars say to man: Gnthi seantou – know thyself. That he sees them, that he sees them the way he does, bears witness to his own nature. The animal is moved only by the rays of light, which are essential for its life, but man is also moved by the rays from the remotest star, which are indifferent to his life. Only man knows pure, intellectual, disinterested joys and emotions; only man celebrates the theoretical feasts of vision. The eye that looks into the starry heavens, that contemplates the light that bears neither use nor harm, that has nothing in common with the earth and its needs, this eye contemplates its own nature, its own origin in that light. The eye is heavenly in its nature. Hence, it is only through the eye that man rises above the earth; hence theory begins only when man directs his gaze towards the heavens. The first philosophers were astronomers. The heavens remind man of his destination, remind him that he is destined not merely to act, but also to contemplate.