Trotsky: “Had the conscious agents of the class enemy operated through Shachtman (above), they could not have advised him to do anything different from what he himself has perpetrated”. [1] 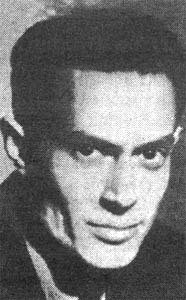 But if you take no stance at all – in the tradition of third campists like Max Shachtman and Hal Draper – then no-one can accuse you of anything apart from abstentionism.

Paul Demarty lays out all around him in his article, ‘The poverty of left remainers’, but has no answers himself on how to proceed, apart from the third campist, “the British state and an EU bureaucracy … both are in enemy hands, … both must be destroyed and a genuine socialist internationalism put to work replacing them” (September 27).

The purpose of a 4,000-word article should be to attempt some answer to this pressing problem, but ‘Neither London nor Brussels, but international socialism’ is a very comfortable place theoretically when the fierce winds of the class struggle blow about our ears.

Capitalism is national, socialism is international. ‘Workers of the world, unite’ is not only possible but absolutely indispensable for socialism and eventually the social and economic egalitarianism of communism. Capitalism can and must expand its trade and economy internationally, but can never unite politically – not least because its production for profit constrains expansion, due to the tendency of the rate of profit to fall, causing cyclical crises, and therefore leads to trade wars. These always highlight the national homes of all transnational corporations and the barrier to the expansion of the productive forces necessary for human development. It is not just the distribution of wealth that is needed, but a mode of production unconstrained by profit motives – one based on production for human need.

Nonetheless, Paul does at least approach the answer on a few occasions, only to draw back in terror. He correctly points out that back in 1973-75:

“The Labour left took many of its political cues from the Communist Party, whose strategic objective was to break Britain from diplomatic alliance with the US into formal non-alignment and ultimately friendship with the Warsaw Pact. From this point of view, the EEC was the human face of Nato. When the ailing Heath government succeeded in dragooning Britain into membership, Harold Wilson promised a referendum on whether to stay, and duly delivered – thus the peculiar sight of Tony Benn sharing a platform with Enoch Powell. In the end, Britain remained.”

Brexit or remain does matter. It is clear that the forces to the right of Theresa May are viciously racist, viciously anti-immigrant and for import controls. The Brexit vote has enormously strengthened Tommy Robinson and the Democratic Football Lads Alliance. Our stance as revolutionary socialists really is not a choice between two wings of the ruling class. For any genuine fighter for socialism, it is the effect that Brexit has had and will have on working-class consciousness that is the most important. If every individual national ruling class, every imperialist ruling class convinces the working class in their own state to think that they can solve their own problems within their own state by putting up trade barriers and keeping out the immigrants, foreign goods and services etc, that would be an absolute disaster for global class-consciousness. It is not just about Britain, but essentially global.

And workers are changing their minds in the face of the obvious job losses Brexit will entail. The second referendum would have got through Labour conference if the bureaucracy had not done its bureaucratic manoeuvring with the assistance of the union bureaucracy, not least Len McCluskey of Unite, who played such a disastrous role in imposing the IRHA definition and in scuppering open selection. 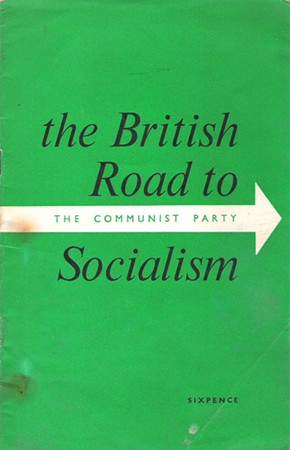 That is a complete abandonment, of course, of class politics – a popular front collapse. Moreover, defending the national sovereignty of an imperialist country like Britain is defending the right of British imperialism to ‘defend’ its colonies and semi-colonies. So, if we take another leading advocate of the left exit, the RMT union, in 2009 under the late Bob Crow it was notoriously soft on the Labour Party’s call for “British jobs for British workers”. This was a ‘great’ campaign – the Socialist Party supported it, while the Socialist Workers Party was somewhat better, but reluctantly supported it in the end. It was launched with the help of The Sun and The Daily Star. They had huge front-page covers promoting this campaign. And the strikes that resulted were ones that large sections of the capitalist class were absolutely delighted to support because they knew that what was happening was a fight within the working class. Workers were blaming other workers – that was the essence of the situation.

As revolutionary socialists, you have to raise your sights to the world stage. You must understand that the crisis of capitalism is global – truly international – not located in one country. The whole idea of capitalism in a single country is long gone, as Marx explained quite clearly. So the Stalinist idea of socialism in a single country is a complete farce, a lie.

There was no socialism in the USSR or in China and there could not be, because socialism depends on developing the productive forces to their highest level. Socialism does not depend on gaining power in a single country, passing laws through parliament and then hoping that the army will not shoot you. That is absolutely not how it is going to happen.

“The democratic republican unification of Europe – a union really capable of guaranteeing the freedom of national development – is possible only on the road of a revolutionary struggle against militarist, imperialist, dynastic centralism, by means of uprisings in individual countries, with the subsequent merger of these upheavals into a general European revolution.

“The victorious European revolution, however, no matter how its course in isolated countries may be fashioned, can, in consequence of the absence of other revolutionary classes, transfer the power only to the proletariat. Consequently, the United States of Europe represents the form – the only conceivable form – of the dictatorship of the European proletariat.”

But Paul conceded there may be other left remainers besides Michael Chessum and the Alliance for Workers’ Liberty: “Suppose the left remainers were absolutely right, and the international working class has a compelling interest in continued British membership of the European Union. It would then simply be the case that there was a commonality of interest with finance capital in making that happen – and a limited common front on that issue would be no more unprincipled than trade union support for Liberal legislation in the unions’ favour in the 19th century, or for that matter many of the electoral arrangements between the Bolsheviks and the liberal bourgeois parties in pre-revolutionary Russia.”

Left remainers are absolutely right, despite the opportunism of some. And Paul is, of course, right: it was unprincipled of Michael Chessum to take the £70,000 cheque from Soros. But he nonetheless concedes that it is possible to be a left remainer and still be principled. “Chessum’s peculiar bedfellows” do not “give the lie to the sagacity of his electoral advice”, he says, but he needs far better arguments than that to make a case against left ‘remain’.

The problem is that the internationalism of revolutionary socialism is a marginal political stance today. Paul seems to suggest it is not principled to be a Brexiteer/Lexiteer and remain true to socialist principles. But if you take no stance at all – in the tradition of third campists like Max Shachtman and Hal Draper – then no-one can accuse you of anything apart from abstentionism.

[1] Trotsky sums up the petty-bourgeois opposition as a whole just after the split in the SWP (US) in April 1940 in his article, Petty-Bourgeois Moralists and the Proletarian Party:

“The petty-bourgeois minority of the SWP split from the proletarian majority on the basis of a struggle against revolutionary Marxism. Burnham proclaimed dialectical materialism to be incompatible with his moth-eaten ‘science’. Shachtman proclaimed revolutionary Marxism to be of no moment from the standpoint of ‘practical tasks’. Abern hastened to hook up his little booth with the anti-Marxism bloc…

Only the other day Shachtman referred to himself in the press as a ‘Trotskyist’. If this be Trotskyism then I at least am no Trotskyist. With the present ideas of Shachtman, not to mention Burnham, I have nothing in common… As for their ‘organisational methods’ and political ‘morality’ I have nothing but contempt. Had the conscious agents of the class enemy operated through Shachtman, they could not have advised him to do anything different from what he himself has perpetrated. He united with anti-Marxists to wage a struggle against Marxism. He helped fuse together a petty-bourgeois faction against the workers. He refrained from utilising internal party democracy and from making an honest effort to convince the proletarian majority. He engineered a split under the conditions of a world war. To crown it all, he threw over the split the veil of a petty and dirty scandal, which seems especially designed to provide our enemies with ammunition. Such are these ‘democrats’, such are their ‘morals’’! Leon Trotsky, In Defense of Marxism, Petty-Bourgeois Moralists and the Proletarian Party, (April 1940), https://www.marxists.org/archive/trotsky/idom/dm/30-pbmoral.htm