Strictly speaking, the proposition that “thinking derives from being, not being from thinking” is not in agreement with Spinoza’s doctrine. But the “thinking” in question is human consciousness, i.e., the highest form of “thinking”; being as preceding that thinking in no way precludes the “animaleness of matter”. To realise that, one has only to read page 230 in Volume 2 of Feuerbach’s Werke, and pages 21 and 22 of Engels’s book Ludwig Feuerbach. The contempt in which Engels held the materialism of Karl Vogt, Moleschott and the like is common knowledge. However, it was that very materialism which could with some justification be reproached for a striving to reduce all the forces of matter to motion. I am convinced that publication of the manuscripts in the literary heritage of Marx and Engels will cast new light on the question. [25] Meanwhile, I assert with full conviction that, in the materialist period of their development, Marx and Engels never abandoned Spinoza’s point of view. [12*] That conviction, incidentally, is based on Engels’s personal testimony.

After visiting the Paris World Exhibition in 1889, I went to London to make Engels’s acquaintance. For almost a whole week, I had the pleasure of having long talks with him on a variety of practical and theoretical subjects. When, on one occasion, we were discussing philosophy, Engels sharply condemned what Stern had most inaccurately called “naturphilosophische materialism”. “So do you think,” I asked, “old Spinoza was right when he said that thought and extent are nothing but two attributes of one and the same substance?” “Of course,” Engels replied, “old Spinoza was quite right.” 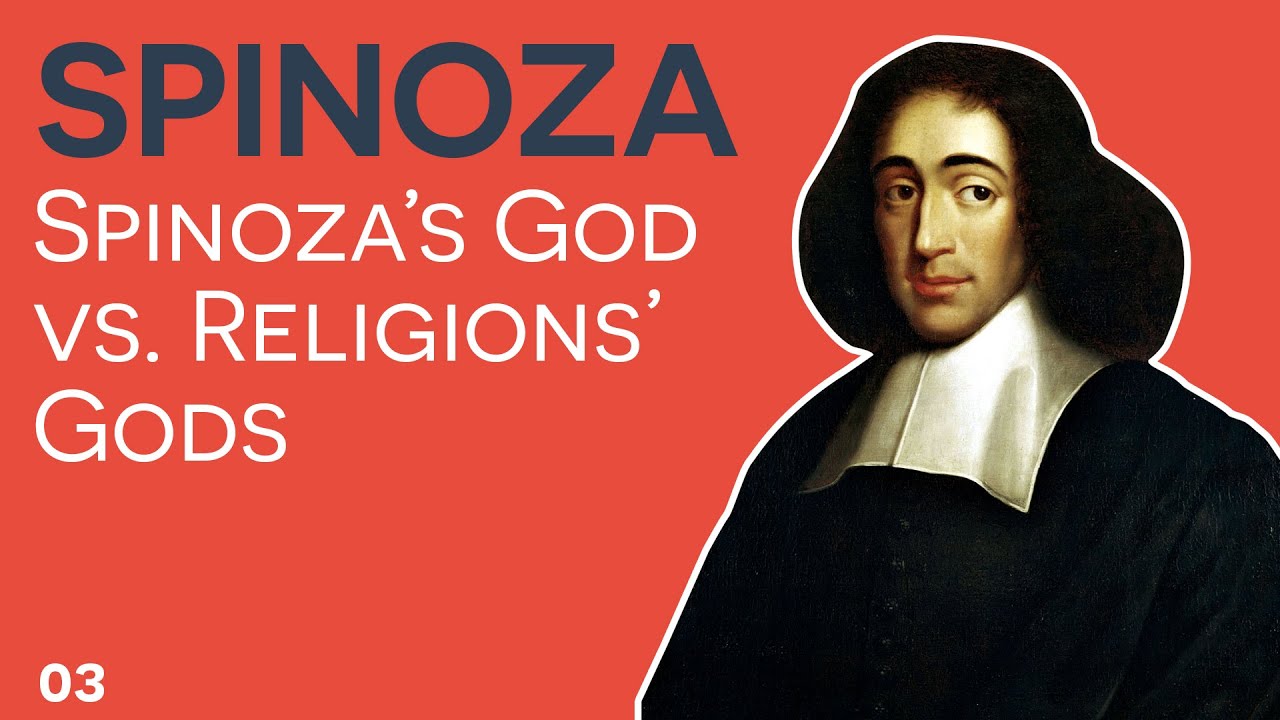 “[I]t is absolutely clear, to me at least, that Spinoza is, in substance, an atheist. Spinoza did not elevate nature into the divine. On the contrary, he reduced the divine to nature – he naturalized God . . . He uses the word ‘God’ to refer to ‘Nature’, but only because the basic characteristics of Nature or Substance . . . are those traditionally attributed to God. It was a way of illuminating his view of Nature and Substance, not of introducing a divine dimension to the world.” (121)

Totally disagree with Nadle’s argument. His Spinoza is always a modern and perhaps liberal atheist, like himself. But Spinoza’s God do have infinite love toward all the finite modes, even though theoretically God loves none and hate none. How to understand this two props in the last part of Ethics is absolutely crucial.

I quite agree with you!

Technically speaking God does not love or hate anyone …love is the unifying force that supports & includes the other forces in nature such as electricity, magnetism and gravity.

Spinoza was a pantheist. An ancient belief system that saw God as in everything and everywhere, the ‘life-force’ itself. A development from animism. Counter posed to the anthropomorphic god who had a human form in whose image we were created.

This was a heretical belief in the early middle ages because it was too easy to substitute nature for god and become an atheist. So neo-platonists and followers of Johannes Scotus Eriugena from the 9th century were burned at the stake by the church for this belief.

By Spinoza’s time pantheism was in the context of modern science and the Enlightenment, nature’s workings were beginning to be understood in detail. So the line of development of human thought is the neo-platonists, Eruigina, Kant, Hegel, Feuerbach, and Marx, the first really materialistically and philosophically worked out atheist. But on god, these are the thinkers that prepared the minds of humanity for modern atheism and the conviction that we must solve our own problems by our own revolutionary efforts and the spirit in the sky is for the dustbin of history.

Spinoza certainly was not a pantheist in the way you use that term; rather, everything that exists exists and moves in God, man is an idea in God’s intellect, and God is the immanent and not the transitive cause of all things.

Agree most of your argument. One crucial question, however, is the relation between the so called “life force,” “contous”,”cosmos god” or whatever you want to name it, and the world. Is it basically indifferent to it, or transcend to it albeit create it? Or is it have an infinite love toward the world and everything in it? One drawback of modern materialism is that it treats nature or god as a brutal force alien to the world. By arguing God is a thinking thing, Spinoza definitely avoids the road to modern materialism. In this sense, I do not treat Spinoza as a godfather of modern atheism. However, Spinoza’s position also brings some new questions to his system, for example, who comes first, the idea or the extension? We have to grappled with these questions, namely, all questions arise from the philosophy to conceive God both as a thinking thing and an extended thing.

For Spinoza, the idea of Extension and Extension are ontologically and causally synonymous; neither is prior, because they equally and identically reflect the essence of God, and qua attributes, they are both eternal. They are not causally related because they reflect conceptual distinctions of God’s essence, but nevertheless they stand in equal relation as expressions of existence.

Great, it is a standard argument to say that thinking and extension are equal ontologically. And I have no doubt about the Spinoza have argued for it. But it is so hard for us to conceive the idea that extension is also eternal. I understand this is a major evidence for people to call Spinoza a pantheism. With this so called dualism, Spinoza is able to argue that mind is nothing but the idea of the body (2p13). In many props, for example, 5p39, Spinoza tries to tie the mind with the body. But remember the famous 5p23 in which Spinoza surprises us that “human mind cannot be absolutely destoryed with the body, but something of it remains which is eternal.” With this prop, it is clear to me that for Spinoza, at least on the level of human kind, the mind and body are not two equal things. Something in the mind is eternal but nothing in the body is so. Also consult 2p11demo. So here comes the trickle question:why the finite modes like human beings have two unequal expression of the so called equal attributes of God? Anyway, this question might not relate to the question we are discussing, namely, is Spinoza a atheist or pantheist?

While the opacity of Spinoza’s language lends itself to a host of interpretations, I think it’s pretty safe to say that, in the purest sense of the word, he was an atheist in that he did not believe in a personal god (a theos). For Spinoza the universe is generative, that is, its own creation, and he eschews any differentiation between that which is made and its maker. He both gave no sign of ascribing to the deistic notion of god the watchmaker (according to which god is an absentee landlord), and flatly rejected any notion of divine intervention in the natural order (i.e., miracles).

Yes, no personal God, God does not create the world, no teleology, God loves no one, hates no one, no divine intervention, etc. All can be used to draw a Spinoza as an atheist. The difficult issue however, is that Spinoza also believes the eternity. The world is eternal as well as something of human mind is eternal. Most noticably, e5 p35 dem: from this it follows that insofar as God loves himself, he loves men…. in other words, Spinoza’s God is a God that thinks and loves. We know, of course God’s love is not an affective feeling, but an intellecive action, but still, one thing is certain, for Spinoza, God exists, it is one and it thinks and loves. So, is still an atheist? Let us not forget that Spinoza is very angry when people call him atheist. It seems like, for Spinoza, atheists are a group of people who do not think there is such thing as eternity and everything is pure chance. So ethically, these people have no ethics, but Spinoza wants to write Ethics. In the end, i do not think Spinoza is an atheist, but his God, for sure, differs widely from the Christian God and also, the Jewish God.

For purposes of clarification: One may take various positions in answer to the question “Does God exist?” Theism is the belief that God does exist, atheism is the belief that God does not exist, and agnosticism is the belief that there is not sufficient evidence available to decide whether God exists. The first step in answering this question is to determine just what is meant by the term “God”. This term has been used in various ways, ranging from the Greek concept of the Olympian gods to John Dewey’s concept of the “active relation between ideal and actual”. However if we adopt the more usual view common to many religious believers that the term “God” refers to an all-good, all-powerful, eternal Creator of the world, the question then is this: Does a Being so described exist?”. In this context Spinoza may be said to be an atheist because he believes that a God so described does not exist; however, rather than denying that he is a theist Spinoza has redefined the term “God”.

The Poverty of Philosophy; why Stephen Hawking is wrong on the Big Bang »
« Jail the Criminal Racist May and ALL her accomplices!