Why Socialist Fight is launching a series on Marxist philosophy

Heraclitus outside the consensus of Greek philosophers by Michelangelo

Lenin (1879-1924) considered that there were three sources and three component parts of Marxism, namely German philosophy, English political economy and French socialism. Socialist Fight has neglected the first of these and so will dedicate a page in each future issue to this question.
Serious Marxists are familiar with the thesis that Marx stood Hegel on his head, philosophically, and replaced the Absolute Idea (God) with nature. Marx (1818-83) didn’t reject Hegel. This in 1873:

“The mystifying side of Hegelian dialectic I criticised nearly thirty years ago, at a time when it was still the fashion…(Those) who now talk large in cultured Germany, to treat Hegel in same way as the brave Moses Mendelssohn in Lessing’s time treated Spinoza, i.e., as a “dead dog.” I therefore openly avowed myself the pupil of that mighty thinker,”

This introduction seeks to show Marxism as the outcome of the historical development of ALL progressive human thought. We were drawn up sharply by the homage paid to Martin Heidegger (1889-1976) following the publication of his ‘black notebooks’ early in 2014 and the appearance of a journal, The Heidegger Review in July 2914. 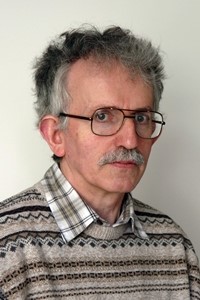 The Editor of The Heidegger Review is John Minahane who was once my best friend in Cork in secondary school and college between about 1966 and 1972. He wrote the editorials and Why Heidegger is Interesting in which he managed to equate the reactionary Superman theory of Nietzsche (with all its ubermensch elitism over the Nazi Alfred Rosenberg’s untermensch) with Trotsky’s communist projection that under socialism:

“The average human type will rise to the heights of an Aristotle, a Goethe, or a Marx”. And above this ridge new peaks will rise.” [1]

“Heidegger was, and remains, the greatest philosopher of the twentieth century. Wittgenstein was, perhaps, a close second. There is the question, however, of whether this is a title one would still want to aspire to in the twentieth century. Indeed, Heidegger himself seemed to recognize that philosophy’s time had passed, that it was over and had to be replaced by an indeterminate thinking.”

At the heart of this debate is philosophical dualism, the idealist proposition that thought and its extension are two separate entities, that the object and the subject are two separate and unconnected things or at least they are not dialectically connected.
This theme runs through the whole of the history of philosophy, challenged historically by ancient dialecticians like Heraclitus of Ephesus (c. 535 – c. 475 BCE) who insisted on eternal change in the universe, famously:

“No man ever steps in the same river twice” He believed in the unity of opposites, stating that “the path up and down are one and the same”, all existing entities being characterized by pairs of contrary properties. His cryptic utterance that “all entities come to be in accordance with this Logos” (literally, “word”, “reason”, or “account”) has been the subject of numerous interpretations.” [2]

The Irish philosopher Joannes Scotus Eriugena (c800 – c877, on the Irish five punt note before the Euro was adopted) was condemned by the church as a heretical pantheist, his great philosophy outlawed and his adherents burned at the stake in the Inquisition in France hundreds of years later because he was weakening this separation by seeing God in everything. If God was the motive force of all life it was far too easy to substitute nature for God and become an atheistic materialist. As The Stanford Encyclopedia of Philosophy says:

“Eriugena’s cosmological account has been criticized for collapsing the differences between God and creation, leading to a heresy later labelled as pantheism”. [3]

Leszek Kołakowski, the Polish Marx scholar, has mentioned Eriugena as one of the primary influences on Hegel’s, and therefore Marx’s, dialectical form. In particular, he called De Divisione Naturae a prototype of Hegel’s Phenomenology of Spirit.

John Locke (1632–1704), whilst accepted the existence of God held that reason should be the ultimate judge of all truth. Lord Herbert of Cherbury (1583–1648) maintained that revelation was unnecessary because human reason was able to know all the truths requisite for salvation.
John Toland (1670–1722), from Ardagh in the Inishowen Peninsula of Donegal, was much influenced by John Locke’s Essay on Human Understanding. Embracing Locke’s epistemology, Toland viewed reason as a mental faculty. He argued that all parts of the universe were in motion. Additionally, motion was part of the definition of matter and was, therefore, an aspect of its nominal essence. Toland invented the word, ‘pantheist’.

Baruch de Spinoza (1632-77).
The name to be most obviously associated with the deification of nature is of course, Baruch de Spinoza (1632-77). Deism and pantheism owe their philosophical origin to Toland, Spinoza and Anthony Collins (1676–1729) who accepted Locke’s definition of knowledge. His position is that a person is not expected to believe anything that is not comprehensible by human intellect. [4]
Spinoza (opposed Descartes’s mind–body dualism and famously postulated the monist idea that thought and its extension (nature) are one substance. And the dialectic was in his Attributes. The Stanford Encyclopedia again:

“Attributes are at the very heart of Spinoza’s metaphysics. They enable us to understand and talk about an extended world and a thinking world in terms of which we understand bodies and minds. Furthermore, it is due to the relation of attributes to one another and to the one substance that an elegant resolution to the Cartesian mind–body problem is possible.”

“Hence it inevitably follows logically, as Engels said, ‘that matter remains eternally the same in all its transformations, that none of its attributes can ever be lost, and therefore, also, that with the same iron necessity that it will exterminate on the earth its highest creation, the thinking mind, it must somewhere else and at another time again produce it.’
That was Spinoza’s standpoint, a circumstance that seemingly gave Engels grounds for replying categorically and unambiguously to Plekhanov when he asked: ‘So in your opinion old Spinoza was right in saying that thought and extension were nothing but two attributes of one and the same substance?’ “Of course,” answered Engels, “old Spinoza was quite right”.’
Spinoza’s definition means the following: in man, as in any other possible thinking creature, the same matter thinks as in other cases (other modi) only ‘extends’ in the form of stones or any other ‘unthinking body’; that thought in fact cannot be separated from world matter and counterposed to it itself as a special, incorporeal ‘soul’, and it (thought) is matter’s own perfection. That is how Herder and Goethe, La Mettrie and Diderot, Marx and Plekhanov (all great ‘Spinozists’) and even the young Schelling, understood Spinoza. [6]

Engels (1820-95) outlined the new philosophy of dialectical materialism in this way:

“The perception of the fundamental contradiction in German idealism led necessarily back to materialism, but — nota bene — not to the simply metaphysical, exclusively mechanical materialism of the 18th century. Old materialism looked upon all previous history as a crude heap of irrationality and violence; modern materialism sees in it the process of evolution of humanity, and aims at discovering the laws thereof… In both aspects, modern materialism is essentially dialectic, and no longer requires the assistance of that sort of philosophy which, queen-like, pretended to rule the remaining mob of sciences.” [7]

Heidegger’s philosophical outlook found its logical expression in the death camps. His ‘philosophy’ contributed to human understanding of its relationship to itself and to nature in general what the Holocaust contributed to human progress. It poisoned European leftism with bourgeoisie individualism, the reactionary outlook of ‘existentialism’ so beloved of Jean-Paul Sartre and others ever since.