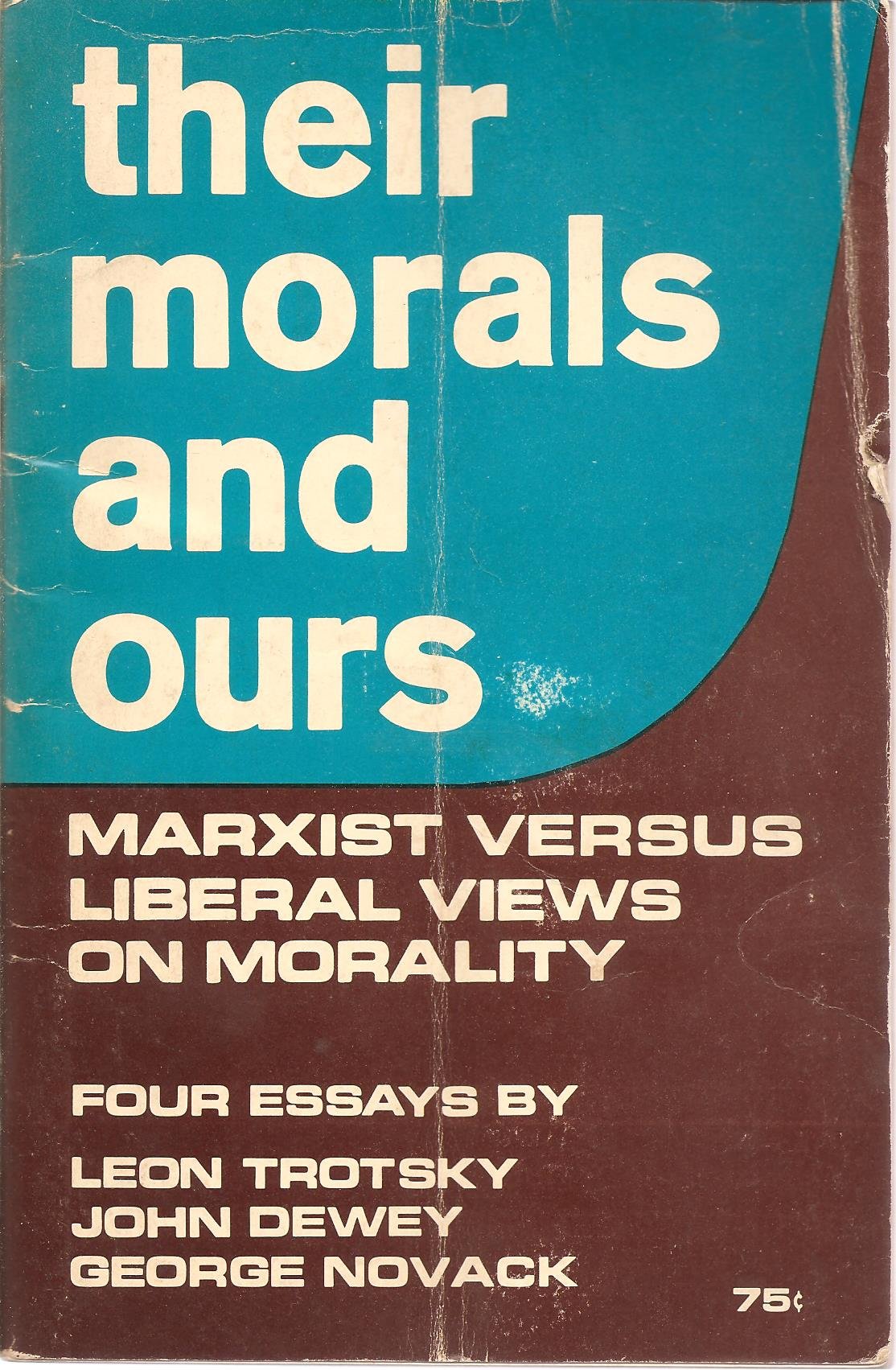 Trotsky begins his famous work Their Morals and Ours thus:

“DURING AN EPOCH OF triumphant reaction, Messrs. democrats, social-democrats, anarchists, and other representatives of the “left” camp begin to exude double their usual amount of moral effluvia, similar to persons who perspire doubly in fear. Paraphrasing the Ten Commandments or the Sermon on the Mount, these moralists address themselves not so much to triumphant reaction as to those revolutionists suffering under its persecution, who with their “excesses” and “amoral” principles “provoke” reaction and give it moral justification. Moreover, they prescribe a simple but certain means of avoiding reaction: it is necessary only to strive and morally to regenerate oneself. Free samples of moral perfection for those desirous are furnished by all the interested editorial offices.”

When I became a Trotskyist over 40 years ago I was morally and ethically a Catholic, although I had advanced from agnosticism to atheism by the age of  24. But atheism is an empty belief system if it does not replace the Judeo/Christian ethics;  right vs wrong, moral vs immoral, heaven vs hell holding out the cherished hope of ultimate justice after you are dead.

I found my new ethics and morality in Trotsky’s Their Morals and Ours. The greatest morality is in the ultimate goal of abolishing capitalism and its humiliating mode of production and the alienation and mental illness it produces in human beings everywhere.

Everything that advanced that cause; the cause of world revolution is ethical and moral. Everything that strengthens and legitimises the status quo to maintain that mode of production is reactionary and wrong.

Ethics and morality is therefore not an individual duty as many seem to believe but a social responsibility to advance the struggle to overthrow capitalism worldwide.

I really cannot identify with the introspective struggle between Tony Greenstein and Gilad Atzmon on the essence of Jewishness. I do not think the struggle for personal national, and intersectional identity is ultimately progressive whilst acknowledging always the progressive nature of the struggles of all the oppressed in those categories. The struggle for the national rights of oppressor nations and peoples is always reactionary.

It is true that since the great miners’ strike and the fall of the USSR neoliberalism has advanced its ideology against the organised working class enormously to the extent that Gilad denies the existence of the class entirely.

There are now more working-class members in South Korea than there were in the whole planet when Marx wrote the Communist Manifesto. Almost nothing in the whole world could move or almost no wealth would be produced without this class. Since 2006 there are more urban dwellers than rural ones; the majority of the world’s toilers are now working class and not peasants.

The working class is primarily oppressed ideologically and very little state oppression needed in metropolitan countries now. They are protected by the trade union bureaucracy and Labour leaders. In Britain, the Corbyn surge threatens that arrangement. And a whole edifice of second and third lines of defence now comes forward, not least Lansman but also bolstered by Tony Greenstein Jackie Walker and Jack Conrad.

A small meeting in a pub is of little significance maybe if the bureaucratic methods of Iain McNichol and John Lansman prevail throughout the whole movement. but it did advance further into the organised labour movement as a consequence of the reactionary offensive of Greenstein and Conrad on 6 January.

Since then I have been far more concerned to fight the further advance of this reactionary offensive in other areas.

But the cause has lost the adherence of middle-class intellectuals, and historically Jewish intellectuals were very important here to the cause of the world revolution because of their historical emphasis on education as explained by Abram Leon in ‘On The Jewish Question’.

But surely Jack Conrad and the Weekly Worker are not seeking to prove any Jewish identity like Tony? No, but they are Third Campists and so have a similar revulsion for genuine Trotskyism. Two recent examples show this vividly.

Owen Jones is now the most principled anti-imperialist revolutionary on Iran, according to Andrew Bowker (WW 1185, 11-1-18):

“Somebody who seems to have grasped this fundamental point is the commentator and Labour activist Owen Jones … Jones tweeted: “I support a democratic Iran and anyone who fights for it. I also oppose the calamitous western interventions you (Zac Goldsmith) supported. Also, your racist failed mayoral campaign means you should be treated as a pariah in public life.” Further:  Solidarity with any Iranian protestors who are fighting for democracy and freedom, both from a vicious regime and from US domination.”

Really? Owen Jones? For “democracy and freedom”. What could be wrong with these noblest of aspirations which are neoliberal ideological precursors of every imperialist bombing and invasion? As Ian Donovan commented: “Wow this is an awful article from the CPGB. On this showing, Counterfire sound more to the left but still perhaps slightly shaky. CPGB in appropriate company with pro-Zionist witchhunter Jones, who called for Jackie Walker’ s head and was pictured with his arms around Jeremy Newmark (leader of the Zionist Jewish Labour Movement)”.

Peter Manson, the WW editor, gives us his Third Campism in reporting Zuma’s comment on the struggle within the ANC:

“In an unprecedented move, in the past few months we saw our alliance partners marching side by side with right-wing forces who are historical opponents of our democratic revolution, calling on the president of the ANC to step down.”

Peter tells us: “SACP deputy general secretary Solly Mapaila called these remarks “pathetic and dishonest”. But he “forgot” to tell us who these “right wing forces” were, apart from repeating the SACP denials. Of course the main right wing force they are all collaborating with is the Democratic Alliance whose leader, Mmusi Maimane, is a right wing pro Zionist Christian fundamentalist and favourite of the old apartheid former white ruling class and “white monopoly capitalism” who are also enthusiastically behind Ramaphosa, whose election every political representative of “white monopoly capitalism” – Anglo American imperialism – and all their mass media supported. And he “forgot” also to tell us that EFF’s Malema, Maimane’s great friend, was also central to this unprincipled alliance, that he has a whole string of corruption charges against him that no one is bothered about.

But they all told us what a bastard Zuma was. But for Peter what’s wrong with a bit of third campist, “neither Zuma nor Ramaphosa but freedom and democracy” even if that line objectively sides with “white monopoly capitalism”, i.e. Anglo-American imperialism. ▲

The Weeky Worker: “neither Zuma nor Ramaphosa but freedom and democracy”