One year before the general elections in Sweden: An upsurge in class struggle

Next year sees the general elections in Sweden [1] and the political establishment is rocked by many factors. One being the upsurge in class struggles and the other, the breakdown of the parliamentary right wing.

In 2006, a right-wing “Alliance” [2] government took over and managed to split the labour movement by withdrawing funding for welfare and instead giving benefits to the rich that were tax deductible, one could rebuild one’s home, hire a bartender for one’s party or even pay a teacher to help one’s kiddies studying for school homework and get part of it paid by the state. The Alliance government fell in 2014 and a coalition of Social Democrats and the Greens took over.

A word should be said, however, about Håkan Juholt, [3] who sat just about a year as party chairman for the SocDems. Having begun to talk about mild class issues he was kicked out disgracefully by the party’s right wing in coalition with the tabloid press. His successor is Stefan Löfven, [4] who boasts a background as a blue-collar worker and as a union rep, but who has sold out and entrenched himself firmly in the right wing of the party.

Löfven continued the policies of the Alliance government and this has alienated much of his base. Gone are the days of the cold war area, when the party could pull over 50% of the seats in the Riksdag. Today, the SocDem party is a party with opinion poll numbers in the 20s.

The second largest party in the polls is the Swedish Democrats. It has its roots in the openly Nazi Nordic Reich party, but under the leadership of Jimmie Åkesson, it has distanced itself from its past and now function much like the French National Front under Marine Le Pen.

The SwedeDems like to position themselves as the small man’s party. In that way, they steal votes from the SocDems, but also from the Alliance voters, who are worried with immigration.

The main right-wing party and head of the Alliance is the Moderates, who mix their conservatism with liberalism. Its former chairperson, Anna Kinberg-Batra, oped for collaboration with the SwedeDems and as a result the real racists in the moderates went over to the camp of the SwedeDems, whereas the more liberal voters of the moderates rallied behind fellow Liberal party and Alliance member, the Centre Party.

The Alliance is about to break down; it is mired in crisis. Two of its main players, the Liberals and the Centre, refused to vote with the Moderates over discontent with certain SocDem government ministers. The liberals and the Centre have even gone as far as suggesting that they might rule with the SocDems after the next election, which is good news to Löfven, as he can then break with his coalition partner, the Greens and with support from the former Communist party, the Left Party.

As Löfven has continued right-wing policies, there has been a reaction from the working class. When the Alliance junked union rights and welfare investments, the leader of the National Confederation of Trade Unions (LO) started a campaign to gather signatures against the government policy, but there was no talk of political strikes. 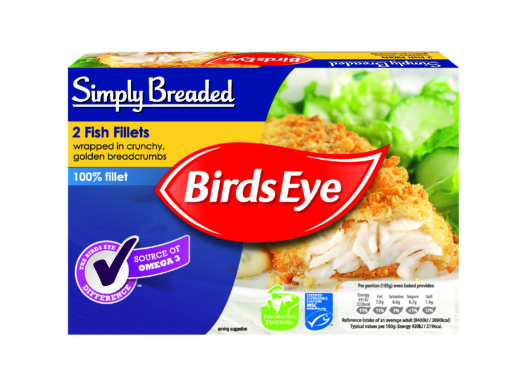 Swedish plant closed with 500 jobs lost and thousands of farmers devastated as the plant move abroad.

The rank and file have been told since 2006 not to rock the boat, as the SocDems need the middle-class voters who defected to the Alliance. This coming to an end. The big watershed was with the closure of the Findus food plant in Bjuv, southern Sweden; some 500 lost their jobs and many hundreds of farmers who supply the plant thousands were devastated as the plant was moved abroad. The LO leadership went there and made big speeches, but, quite predictably, nothing happened beyond appeals.

The working class has begun to see through the socially liberal policies of the LO and their right-wing SocDem leadership.

Gothenburg dockworkers; ongoing strikes for pay and job security displaying the traditional internationalism of these workforces in every country.

At the moment, dock workers are striking in Gothenburg with enormous resilience and no sign of giving in. In Stockholm, the bin men have been on a wildcat since the summer and also show no sign of giving in. Otherwise, the main issue over the last years have been welfare; the SocDems have continued to axe it. Maternity care is particularly hard hit; women about to give birth have been travelling all over the country to find a place and some have even been transported to Finland. This in the land famous for its maternity and child-care culture.

There have been wide campaigns by the left to protest against these cuts in maternity care, but the most inspiring action has come from the people of the northern town of Skellefteå, where they simply have occupied the hospital the SocDems decided to close.

The important thing to remember is that the SocDems have initiated the cuts that affect working class people and the falling numbers in the polls are related to the fading illusions in the SocDems. There has been a vocal opposition to the government from the Left Party, but they have continued to support the government nonetheless. The left got rid of the communist moniker in the 1990s and have rejected class politics in favour of democratic rights and identity politics.

But as workers leave the SocDems, the Left under Jonas Sjöstedt, have more or less been forced by pressure from below to champion workers’ rights and welfare politics. Naturally, the strategy of the left party is that workers should vote for them and somehow magically, things will get better. They have no strategy for labour movement action.

We should remember that socialism can only come about when its carried forward by the organisations of the working class and its independent action. Next election, there can be no vote for the SocDems. The Left party is reacquainting itself with the working class and they champion the demands that workers raise.

There can be no vote for a Social Democracy hellbent on ruling with the class enemy. We shouldn’t sow illusions in the Left party, but proposing that our friends and colleagues vote for them, but not giving up on independent organisation. There can only be support for the left party when it carries out policies benefitting the workers and not when it attacks the rank and file.

Left Party leader Jonas Sjöstedt (above) laid into Sweden’s ruling Social Democrats in the opening speech at Sweden’s Almedalen political festival, in July 2016. He accused the party of “swinging to the right” and abandoning its historic task of increasing equality and solidarity.

For once in a long while, the proudest bastion of left reformism, Sweden, is moving to a situation where people don’t have their grand illusions in voting anymore. As I said, a vote for the Left Party, but the main task for socialists now and after the coming election, is to work in the rank and file of the labour movement, building a network of class struggle independent of the bureaucrats.

[1] Wikipedai, The next Swedish general election will be held in Sweden on or before 9 September 2018 to elect the members of the national law-making assembly, the Riksdag (Riksdagen). The Swedish Riksdag is made up of 349 MPs, and all are elected through proportional representation on multi-member party lists that are either regional (most major parties) or national (Sweden Democrats). Each of the 29 constituencies has a set number of parliamentarians that is divided through constituency results to ensure regional representation. Then the other MPs are elected through a proportional balancing to ensure that the numbers of elected MPs for the various parties accurately represent the votes of the electorate. https://en.wikipedia.org/wiki/Swedish_general_election,_2018

[3] Wikipedia: Håkan Juholt (born 16 September 1962) is a Swedish politician who was Leader of the Social Democrats from 2011 to 2012. He was member of the Swedish parliament from 1994 to 2016, representing Kalmar län. On 26 January 2017, Juholt was selected to be Sweden’s next Ambassador to the Republic of Iceland. https://en.wikipedia.org/wiki/H%C3%A5kan_Juholt

Sweden: Only Class Struggle Will Stop the Far Right! »
« Reflections on a post Communist University Meeting