I’ll reply to all this sometime, I hope.

In this guest post, ANTHONY McINTYRE, former IRA volunteer and prisoner who now blogs at The Pensive Quill, reviews Bonfire of the Certainties: the second human revolution by Cliff Slaughter.

Cliff Slaughter is a Marxist from the Trotsky school. He was a long time member of the Workers Revolutionary Party, and I recall his input into Marxist discussions 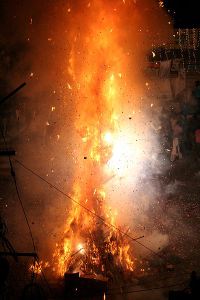 There go the certainties

within the party which I tried to follow from my prison cell, in an era when I regarded myself a Marxist. Now in his 80s, it would seem challenging for an old dog to be taught new tricks. The interesting thing here is that, rather than being taught new tricks, Slaughter has opted to learn them.

In his aptly named book Bonfire of the Certainties, Slaughter puts it starkly: humanity faces a crisis which he stresses the necessity of averting, and repeats the time honoured Rosa…