Letter in the Weekly Worker, April 28 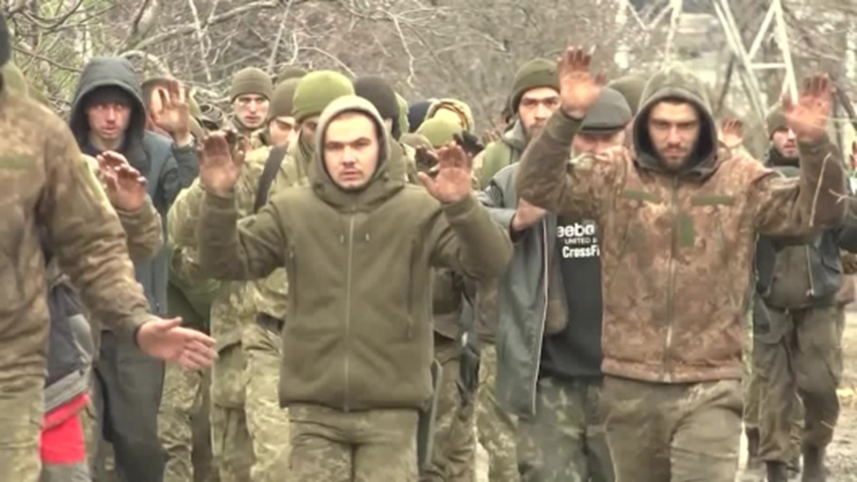 By May 20 2,439 Ukraine soldiers from the Azovstal steel plant in Mariupol had surrendered. Nazi Azov battalion members will face trial in Russia for war crimes.

When at the April 24 Online Communist Forum on the Kinder Scout mass trespass of 1932 I challenged Lawrence Parker, he asserted that there was serious opposition within the Communist Party (internationally?) to the third-period social-fascist ultra-leftism and he could produce documents to prove it.

I know of none, apart from Jacques Doriot, the mayor of Saint-Denis (a northern suburb of Paris), who insisted that the third period was totally wrong, and a popular front was needed between the Communists and other French parties. He was expelled from the Communist Party (PCF) in 1934, accused of being a “Trotskyite” – at the same Congress that adopted the popular front he had advocated. He then became a supporter of Hitler against the PCF. He had a history of vicious opposition to Trotsky and never attempted to make any contact with the Trotskyists, but that did not prevent one Denver Walker in his book Quite right, Mr Trotsky from referring to him as a “leading French Trotskyist”; all internal opponents were lyingly so dubbed by the Stalinists.

“During the antagonistic phase of ‘class against class’ [the so-called ‘third period’ of 1928-33] communist criticism of social democratic sports organisations became particularly shrill, accusing them of being ‘reformist’ bodies that strove for class reconciliation … it is obvious that the Kinder Scout mass trespass was part of this distinct political trajectory of the CPGB in the early 1930s” (‘Forgive us our trespasses’ April 21).

Lawrence’s talk, far more than his article, set out to prove that this was an exemplary class struggle action by the Young Communist League and CPGB in general at the time, while later Eurocommunists and outright establishment-defending reformists sought to hide their great progressive role in this occupation. But this approach divided the German working class organisations, as the third period postulated that revolution was immediately on the cards in every country, so everyone must join the Communist Party in their own country, and all those political parties and individuals who did not were “social-fascists”.

The worst of these “social-fascists” were the Labour Party in Britain and the Social Democrats (SPD) in Germany, whom they asserted were the main enemy of the working class to such an extent that it was possible to ally in a united front with the Nazis against them. They infamously did that in the red referendum in Prussia on August 9 1931, dubbing it the “decisive application of the policy of united front from below with respect to the Social Democratic, the Christian and the non-party workers”.

The German communists (KPD) and Nazis collaborated again in the Berlin transport strike in November 1932 against the SPD mayor of Berlin, just weeks before Hitler came to power in January 1933. But that wasn’t a problem, because ‘After the Nazis us’, they proclaimed until the Reichstag fire of February 27 – showing that their ultra-leftism of imminent revolution was braggadocio, and their real position was parliamentary cretinism. The fire was set by the Nazis themselves and the Communist Party was made illegal, and they were rounded up to the concentration camps (followed by the SPD deputies who had voted against Hitler’s Enabling Act of March 1933, which abolished all civil liberties).

Trotsky, writing in exile in Turkey in December 1931, warned:

“Worker-communists, you are hundreds of thousands, millions; you cannot leave for any place; there are not enough passports for you. Should fascism come to power, it will ride over your skulls and spines like a terrific tank. Your salvation lies in merciless struggle. And only a fighting unity with the Social Democratic workers can bring victory. Make haste, worker-communists: you have very little time left!” (‘For a workers’ united front, against fascism’, December 1931).

Lawrence portrayed this period as a great militant time and, true enough, many workers took it as such. The London Busmen’s Rank and File Movement is one example; it organised a strike in January 1933 in Forest Gate garage, which spread to half the London fleet – and was denounced alike by the TGWU union executive and the bosses. Ernest Bevin, TGWU general secretary, called it an “internal breakaway”. This was a far more inspiring movement than the Kinder Scout mass trespass of April 1932, but then the CPGB did not control it, so we cannot take it as representing the period. Pete Glatter’s ‘London busmen: rise and fall of a rank-and-file movement’ tells the inspiring tale.

That movement fell victim to the popular front of 1934‑35, which was when I stated at the OCF that the communist parties ceased to be communist at all in any real sense, despite the effort of Lawrence and Jack Conrad to prettify their appalling treachery. The price for winning the allegiance of the liberal bourgeoisie, and leftist bishops, etc, was outright rejection of not only revolution, but of the class struggle itself. When you do that, you are no longer a communist in any meaningful sense. In March 1936, Stalin had an interview with Roy Howard, president of Scripps-Howard Newspapers:

“Howard: Does this, your statement, mean that the Soviet Union has to any degree abandoned its plans and intentions for bringing about world revolution? Stalin: We never had such plans and intentions. Howard: You appreciate, no doubt, Mr Stalin, that much of the world has long entertained a different impression. Stalin: This is the product of a misunderstanding. Howard: A tragic misunderstanding? Stalin: No, a comical one. Or, perhaps, tragicomic.”

Of course, after the political collapse of the Seventh Comintern Congress in 1935 some communist parties led some strikes in some countries, but then so did trade union bureaucracies everywhere, both left and right, when it became necessary to retain control and prevent the rank and file taking over.

As for today, we are pleased to see the YCL growing and understand that it is necessary to demystify them about the truth of Stalinism, which Lawrence Parker has so dismally failed to do. But I understand his dilemma: if he told the full truth he would have to admit that the consistent Trotskyists were the real communists.

I am pleased in a way that Jack Conrad has associated “Gerry Downing’s Socialist Fight” with “George Galloway’s Workers Party, the Brarite CPGB (ML), the New Communist Party …, Socialist Action and (unofficially, using devious language) the CPB’s Young Communist League”, who were “strategically myopic, true, but morally brave, albeit in a particularly stupid way” (‘A farrago of illusions’, April 14). We have a united front of this issue alone, as all refuse to call for a Russian withdrawal from Ukraine, while the Nazis of the Azov battalion still survive. And we refuse to excuse the Nazis as Jack does by saying that “this militarily important tail hardly wags the Ukrainian dog”.

It is the USA and its Nato allies that wag the Ukraine puppet dog via their chief agency, the Azov battalion. Minsk 1 and Minsk 2 were scuttled because France and Germany had brokered these agreements with the Donbas leaders and Russia, but the USA used the Azov battalion to continue bombarding the Donbas, so as to “fuck the EU”, as Victoria Nuland so colourfully put it back in 2014.

I will pit my history of struggle for revolutionary politics post the 1985 WRP split with Lawrences’ any time he wants. »
« “I am taking sides with the Russian Federation”