Jack Conrad at the Communist University 2018

Comrade Jack Conrad’s great tour de force, Marxism versus Holy Script, (WW Jan 10, 1233 supplement) falls flat when we examine the details. He seeks to prove, in lockstep with Lars T Lih, yet again, that Kamenev (Trotsky’s brother-in-law), Stalin Zinoviev were fundamentally right to support the Provisional government after the February 1917 revolution before Lenin returned to reverse this with his April Theses. He also proposes that Kamenev and Zinoviev were fundamentally right, or at least had good reasons, to oppose the insurrection that was October revolution and it is incorrect to fault them for opposing the Bolsheviks for not forming a coalition.

However, the best of the Menshevik-Internationalists had joined the Bolsheviks in August, demonstrating Lenin was right against the vacillating pair. The remaining Menshevik-Internationalists won only 2 out of 306 seats in All-Russian Central Executive Committee at the Third Congress of Soviets in January 1918. But even after the victorious insurrection, the two argued that the Bolshevik party would be unable to maintain itself in power unless they entered into a coalition with the other Socialist parties, i.e., the Social Revolutionists and the Mensheviks. This was the proposal that Lenin dubbed ‘treason’, in the The Lost Document, the minutes of the meeting of the historic session of the Petrograd Committee of the Bolsheviks held November 1 (14), 1917 which the bureaucracy attempted to expunge from the records in 1927, because it contained such remarks as this from Lenin:

“As for conciliation [with the Mensheviks and the Social Revolutionists] I cannot even speak about that seriously. Trotsky long ago said that unification is impossible. Trotsky understood this and from that time on there has been no better Bolshevik.”

The capitulators to Menshevism were now obviously Kamenev and Zinoviev, with Stalin taking no open position because he was a centrist in awe of Lenin:

“And now, at such a moment, when we are in power, we are faced with a split. Zinoviev and Kamenev say that we will not seize power [in the entire country]. I am in no mood to listen to this calmly. I view this as treason. What do they want? Do they want to plunge us into [spontaneous] knife- play? Only the proletariat is able to lead the country”.

The last sentence here is important because he had removed all doubt on what he meant in his April Theses, defended so well against the rightists in his Letters on Tactics, April 8-13; great reading from Volume 24 of his Collected Works:

“The person who now speaks only of a “revolutionary democratic dictatorship of the proletariat and the peasantry” is behind the times, consequently, he has in effect gone over to the petty bourgeoisie against the proletarian class struggle; that person should be consigned to the archive of “Bolshevik” pre-revolutionary antiques (it may be called the archive of “old Bolsheviks”)”

… Indeed, reality shows us both the passing of power into the hands of the bourgeoisie (a “completed” bourgeois-democratic revolution of the usual type) and, side by side with the real government, the existence of a parallel government which represents the “revolutionary-democratic dictatorship of the proletariat and the peasantry”. This “second government” has itself ceded the power to the bourgeoisie, has chained itself to the bourgeois government.

Is this reality covered by Comrade Kamenev’s old-Bolshevik formula, which says that “the bourgeois-democratic revolution is not completed”? It is not. The formula is obsolete. It is no good at all. It is dead. And it is no use trying to revive it.”

Is this a dogmatic, ill-informed Lenin, as Comrade Jack would have it? This widely testified-to truth of the course of the Russian Revolution is a myth invented by Trotsky in his Lessons of October in 1924 and far too many foolish or ill-intentioned leftists and even uninformed bourgeois academics, like E.H Carr presumably, were taken in by him, we must believe. In fact, so wrong is that take on the revolution that the very opposite is the truth, Comrade Jack assures us when he reaches the apogee of his political argumentation:

“Subsequently, Lenin talks of the differences being “not very great”, because Kamenev had come round to his viewpoint. Unfair – if anything, Lenin had come round to Kamenev’s viewpoint, at the very least on the peasantry. But what we are really dealing with is the vozhd asserting his authority, taking back the reins of leadership. To do that he had to reassure, clarify and if need be correct statements that had been hastily written or wrongly informed.” 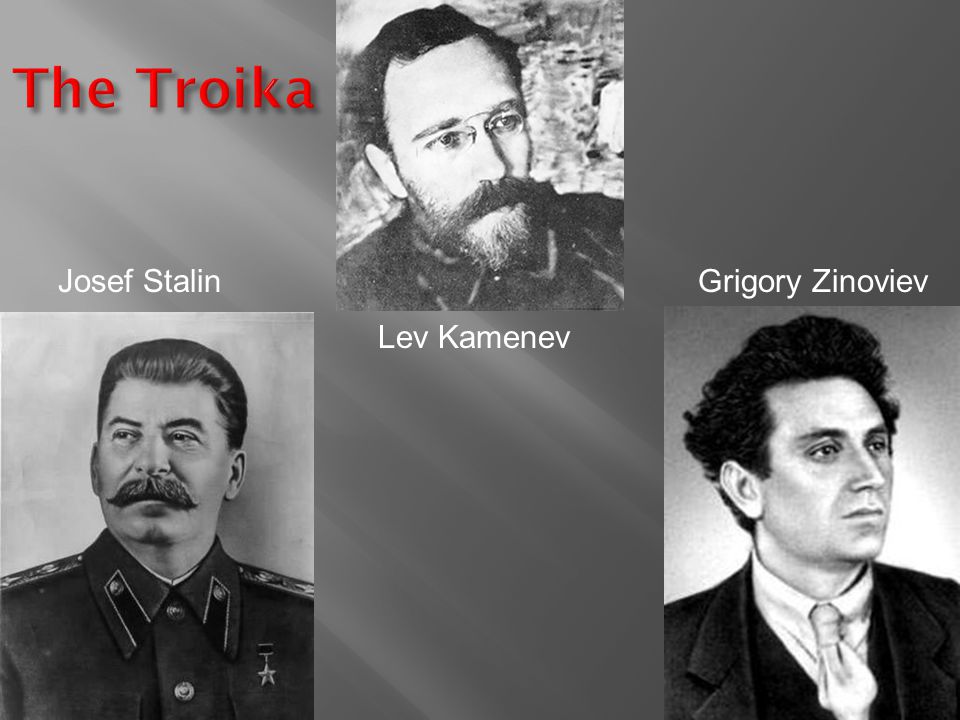 Oh, well done there, the whole world has got the history of the great revolution upside down and completely wrong. The real leaders were Kamenev, Zinoviev and Stalin and not these bumbling idiots Lenin and Trotsky, who not only did not understand revolution, they did not understand the peasantry (we will deal with this later) and Marxism in general, like this sagacious triumvirate.

Jack’s arguments continually confuse strategy with tactics, and this is at the root of the whole confusion he perpetrates. That and the failure to understand the role of the peasantry, why there cannot be a two-class dictatorship of the proletariat and peasantry, revolutionary or otherwise. Lenin’s April Theses set the STRATEGIC goal of the second, socialist revolution. Kamenev, followed by Stalin and then Zinoviev, led the opposition to this, their strategic goal was a bourgeois revulsion led by the working class, which entailed support for the Provisional government. Trotsky had pointed out the flaw with this argument back in 1905; once the working class had taken revolutionary power it was impossible to expect them to tolerate bourgeois exploitation. This central aspect of his Permanent Revolution theory was fully accepted by Lenin as is graphically illustrated in the above exchange with Kamenev in his April Letters on Tactics:

Once Lenin had won that month-long argument then the tactical question was the time of the insurrection when circumstances were right. But even then, as John Reed tells us, “Riazanov and Kamenev had both opposed the insurrection, and felt the lash of Lenin’s terrible tongue.”

But Comrade Jack feels that “Lenin and Trotsky proved audacious; Zinoviev and Kamenev cautious.” Lenin wrote of this incident on 25 December 1922, in his ‘Testament’.

“I shall not give any further appraisals of the personal qualities of other members of the C.C. I shall just recall that the October episode with Zinoviev and Kamenev was, of course, no accident, but neither can the blame for it be laid upon them personally, any more than non-Bolshevism can upon Trotsky”

Lenin was prepared to forgive because they had apologised and acknowledged their errors. By 1924 they were repeating the same ‘errors’ committed before the April Theses and during the October revolution. Trotsky had to take up the fight against them.  Zinoviev admitted as much during the brief period of the Joint Opposition in 1926-7. Trotsky recounts:

“At the joint Plenum of the Central Committee and the Central Control Commission of July 14 to July 23, 1926, Zinoviev said: “I have made many mistakes. But I consider two mistakes as my most important ones. My first mistake of 1917 is known to all of you … The second mistake I consider more dangerous because the first one was made under Lenin. The mistake of 1917 was corrected by Lenin and made good by us within a few days with the help of Lenin, but my mistake of 1923 consisted in …”

…In this manner, Zinoviev admitted his mistake of 1923 (in waging a struggle against “Trotskyism” and even characterized it as much more dangerous than that of 1917 – when he opposed the October insurrection!).”

Jack Conrad’s tour de force – part 2 »
« What is the Anti-Imperialist United Front and should we fight for it?