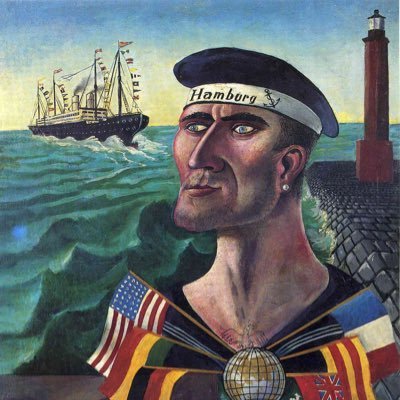 Corbyn, the LRC and Entryism.

John McDonnell said recently on the Marr Show (July 25 16) that the Labour Party might become a “social movement”. This echoes a similar call made by journalist, Paul Mason. The implication of this is a change in the way Labour is organised at the moment, that it might broaden itself in the manner of “People’s Assemblies” pulling other organisations and movements into Labour. In other words, a re-foundation of Labour along the lines of Syriza or Podermos where other, smaller socialist groups are welcomed in with open arms to oppose capitalism. A microcosm of this approach might be seen in the establishment and organisation of the Labour Representation Committee.

The modern Labour Representation Committee (LRC) was founded in 2004 [1]. It sought to emulate the original (1901) LRC in organising, in their view, a socialist voice within a Blair-led Labour Party. According to them, under Blair, Labour had lost its way, was “Tory lite” and, especially with the launch of the Iraq war the previous year, had embarked on a criminal imperialist war. The LRC (2004) would bring together those forces opposed to Blair to change Labour’s direction or, even, in the view of some within, become the nucleus of a new re-established, socialist “Real Labour” Party.

To this end, the LRC called for affiliation from MPs, CLPs, Trade Unions and other organisations to help build their socialist movement. Jeremy Corbyn and John McDonnell were among the small number of MPs to give their support. Indeed, John McDonnell is presently its Chair and has been for many years.

The “other organisations” allowed to affiliate to the LRC mainly included groupings whose political tradition was Leninist rather than Labour. Their philosophy was of supporting Labour as “a rope supports a hanging man”, as Lenin put it, in order to build the Revolutionary Party. Indeed, some within the LRC identified as revolutionaries albeit not a member of any particular tendency. Clearly, the LRC saw these affiliates as allies in the battle against Blairism.

“The LRC will appeal for support on the basis of its socialist policies to all existing Labour Party members and to all socialists outside the Labour Party who it will encourage to join or re-join the Labour Party.” (LRC Constitution Section 3) [2].

One condition the LRC made though was that an affiliate could not stand or support a candidate against Labour.

“Trade Unions, Constituency Labour Parties, Branch Labour Parties, Socialist Societies and other organisations may affiliate to the LRC providing they support the principles of the LRC and are not affiliated to any political party that stands candidates against Labour. The acceptance of affiliate membership is subject to confirmation by the NEC.” (LRC constitution Section 8).

This was not always the case as we shall see.

(b) Alliance for Workers’ Liberty (AWL) [4]. – Trotskyist, formerly Socialist Organiser. Jill Mountford (now expelled from Labour) is still on Momentum National Committee who have issued a statement of support for her [5]. Ms Mountford stood for the AWL against Harriet Harman in 2010 and got 75 (yes, seventy-five) votes [6].

The AWL have also been involved in the Socialist Alliance, the Scottish Socialist Party (SSP) [7] and Left Unity (LU) [8].

At one point, the AWL moved a motion which said the LRC should consider supporting candidates against Labour. It was defeated [9] [10].

During all this time, they remained affiliated to the LRC.

(c) Socialist Appeal (SA). Trotskyist. When “Militant Tendency” split in the 1990’s, this faction remained in Labour [11]. After the Scottish Independence Referendum (2014), there was a bit of an ideological wobble when they announced that their Scottish members would be leaving Labour and joining the Scottish Socialist Party (even though SA had campaigned for a “No” vote) [12]. In the end, it didn’t happen and SA stuck with Labour.

(c) Labour Party Marxists [13]. A front for the CPGB (PCC) who produce the Weekly Worker (WW) newspaper. Stan Keable is a Momentum organiser in Hammersmith [14].

(d) Socialist Fight. Gerry Downing’s organisation who are pro-Isis, 9/11 apologists and seen by many as anti-Semitic. He and his group have participated for years in the LRC and moved and were successful in having the pro-Real IRA “Motion 4″ passed at the LRC AGM 2012 through their members in the Irish Republican Prisonners Support Group (IRPSG). Motion 4 was even too much for the Trotskyists of SA and AWL but was still backed by the LRC AGM. [16] [17] [18].

The motion also called for the “release of all anti-imperialist political prisonners internationally” which could include the Real IRA, Hamas, the Taliban and Isis as SF gives support to them all “against imperialism”.

After the media furore about Gerry Downing being readmitted to Labour, the LRC suspended him for anti Semitic views, particularly what he said on the “Daily Politics” show (Mar 10 16). It should be noted that his views on Isis and 9/11 were not given as causes for suspension.

However, in the end, the LRC backed down on its suspension and Mr Downing will no doubt be an attendee at future LRC meetings along with his SF comrades [19] [20].

(e) Workers’ Power. Trotskyist. Famous mainly for being the sect that journalist Paul Mason was a member of. They were in Left Unity but have now joined Labour and renamed themselves as “Red Flag Online” [21].

(f) Posadas Fourth International. [22]. Trotskyist. They believed in the 60’s that the Soviet Union should launch a pre-emptive nuclear strike against imperialism (i.e. including us) to help bring about socialism [23]. Flying saucers were sent by aliens who must have established socialist societies already to be so advanced [24]. Socialists should explore the possibility of talking with dolphins [25]. Marie Lynam (their sole member here?) writes occasionally on the LRC blog [26].

The other left Parties who have given support to Corbyn are the Communist Party of Britain (CPB), Socialist Worker Party (SWP), Counterfire and the Socialist Party (SP aka “Militant Tendency”). The first two have given support mainly through their newspapers and the Trade Union movement and Counterfire through various “People’s Assemblies” against austerity. The SP, though, has been much more active in trying to intervene both within Labour and Momentum, even to the displeasure of the latter [27].

The SP has been very busy leafleting Momentum meetings that “Blairite traitor” Labour MPs should be deselected, even though they continue to stand competing candidates. They have held a public meeting in Grimsby where a sitting Labour Councillor echoed the deselection demand [28]. One question is, have SP members been joining Labour as individual members?

There was an article on the AWL’’s website which suggested that might be the case [29]. Certainly, in Brighton, a long term member of SP (Phil Clarke), who had stood as for TUSC in May 2015, recently joined Labour [30]. While he may have officially “resigned” from SP, it’s unlikely he severed all communication with his old comrades and may well indeed send them the odd friendly email to let them know how he’s getting on.

So, what will happen next if Corbyn wins and those around him aim to intensify their battle against “Blairite traitors”?

Certainly, the discipline and organisation of Leninist cadres would prove useful in seeking to deselect MPs. Compared to the thousands of Corbyn supporters who have joined Labour, their numbers are tiny but they have invaluable experience in organising. There have already been signs of Momentum caucusing before CLP meetings [31]. The example of Brighton mentioned above resulted in the “ex” SP member and an AWL member taking leadership roles before the CLP was suspended. If the numbers who vote for Corbyn can be organised, they could prove to be a formidable force.

It would a completely Pyrrhic victory though.

Remember, each of these small Leninist Parties believe themselves to be the nucleus of a mass revolutionary party. All other tendencies are but obstacles in the way of this, whether they be left reformists, centrists, ultra leftists etc and must be ruthlessly exposed as such. While the Labour Left and the Leninist Left have been able to work together on certain short term, limited political projects (eg Stop the War) attempts at Party or electoral alliances have proved impossible due to each “Party” believing themselves to be “holding the banner of October”.

Already, at a national level, there have been disagreements within Momentum on supporting anti cuts campaigns where the target is a Labour council. Lambeth Momentum supported the libraries campaign whereas the Momentum National Committee refused to [32].

In examples where the Far Left have managed to organise an electoral alliance, it has not ended well.

The Scottish Socialist Party managed to get six MSPs elected to theScottish Parliament. Thereafter, it disintegrated as the Scottish co thinkers of the SWP and SP. supported Tommy Sheridan as he perjured himself in a libel trial. Sheridan’s Solidarity further fell apart when these two factions went on to leave him when he backed the SNP in the May 2015 General Election. The same story can be seen with the Socialist Alliance and Respect. Infighting, sectarianism and disintegration.

One other characteristic of the Far Left recently is a movement being built around a “charismatic” prophet-like leader (Tommy Sheridan, George Galloway) for short term advances. Now, the name of the prophet is Jez, hallowed be his word for he speaketh the Truth and that Truth shalt be The Labour Party Policy. That’s why Corbyn felt able to announce on the morning of Friday, June 24th, that he believed Article 50 should be invoked immediately without consulting any of the Shadow Cabinet. Other instances of making up policy without discussion have subsequently been made by erstwhile colleagues. Corbyn believes himself to be the repository of true Labour values as do his unquestioning supporters and can therefore rebel against Labour Party policies such as Trident Renewal.

So, what’s the immediate choice for Labour, in my humble opinion?

In the Labour Leadership contest, it comes down to voting for Owen Smith who would start to work to pull Labour back towards being a Party who seeks to be in Government or Jeremy Corbyn who would seek to turn Labour into a social movement. At best, the latter would be a secular conscience pointing out society’s ills and hoping there are some within a Conservative Government willing to listen. At worst, it would be just another disintegrating, sectarian group on the Far Left who make lots of noise and have leading supporters who write books, go on speaking tours and provide click bait articles for the Guardian.

One thing’s for sure, if Corbyn wins the leadership contest again, when 80% of the PLP have no confidence in him, it means that the unstable situation within Labour will continue for a long, long time.