Socialist Feminism: Engels and the origin of female subjection

The two largest economically deprived groups in the world today are the working-class and women. This is not unrelated. Often states and religious institutions present this as an innate feature of human society. But we must reject this. The origins of inequalities must be understood instead.

When studying the progress of human society, it becomes apparent that the emergence of a class society and the origins of female subjugation go hand in hand. Engels’ Origins of the Family, Private Property and the State explains that class society arose when, out of the conditions of primitive communism (all equal, but equally impoverished), a surplus of resources became available and fell under the control of a few members of society. It is at this point where private property acquisition, inheritance of property and control of the means of production by a few become evident.

According to Engels, this provided for the newly emerging ruling class, whereas the rest of society had to work for handouts.

Those who controlled the resources in this freshly emerging class system would have almost certainly been men. This, so the theory goes, is because they were more physically able to deter thieves. However, for these men to satisfy themselves that the profits which they had worked for were going to be passed on to their children alone, it was not only necessary to be in command of the means of production, but also the means of reproduction.

Engels based his work on that of Henry Lewis Morgan. Morgan said talked about “primitive communism” and the important role women played in it. In the history that we are familiar with the bloodline is traced through the father’s side; however pre-historically, Morgan argued, family ties and kinship bonds would have been traced through the mother’s side. This was because the paternity of any given individual was not always evident, but you always know who your mother is! With men assuming control this situation was changed. 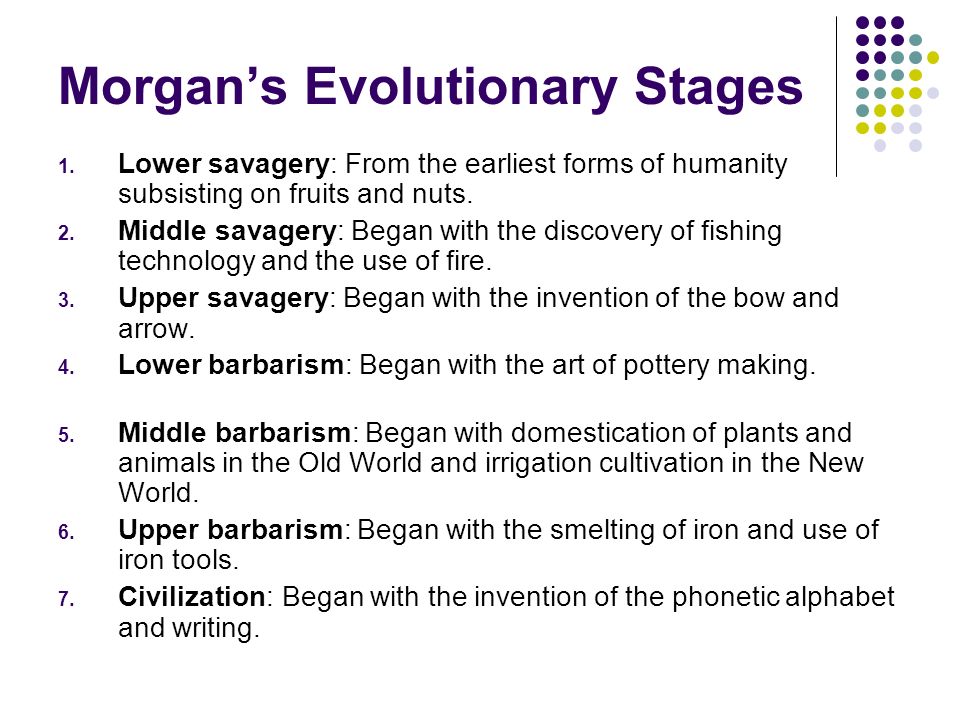 The repression of female sexuality and control of reproduction by males over females was affected by marriage.

Religion seems historically always to have had a sexist bent and been a source of this repression. The Christian story of creation in which Eve tempts Adam to enjoy the fruit and therefore brings “original sin” into the world demonstrates this point perfectly. The snake represents sexuality (as defined by men who cannot imagine sex without a penis), and it is Eve’s insatiability and rebellious attitude which messes everything up; from now on both must be repressed.

Moreover “God” is always a man, reflecting a patriarchal society led by a man. In philosophical/theological traditions only men can demonstrate what the perfect human is; women are always “the other”.

Females generally raise the next generation and therefore instil in them ideology and identity. It could be argued that revolutionary change is most successfully built up and affected by strong female networks, and the emerging society can be most effectively protected by this same mechanism. It is vital that feminism is not seen as an aspect of socialism, but instead an understanding and appreciation that philosophically both are nearly identical.