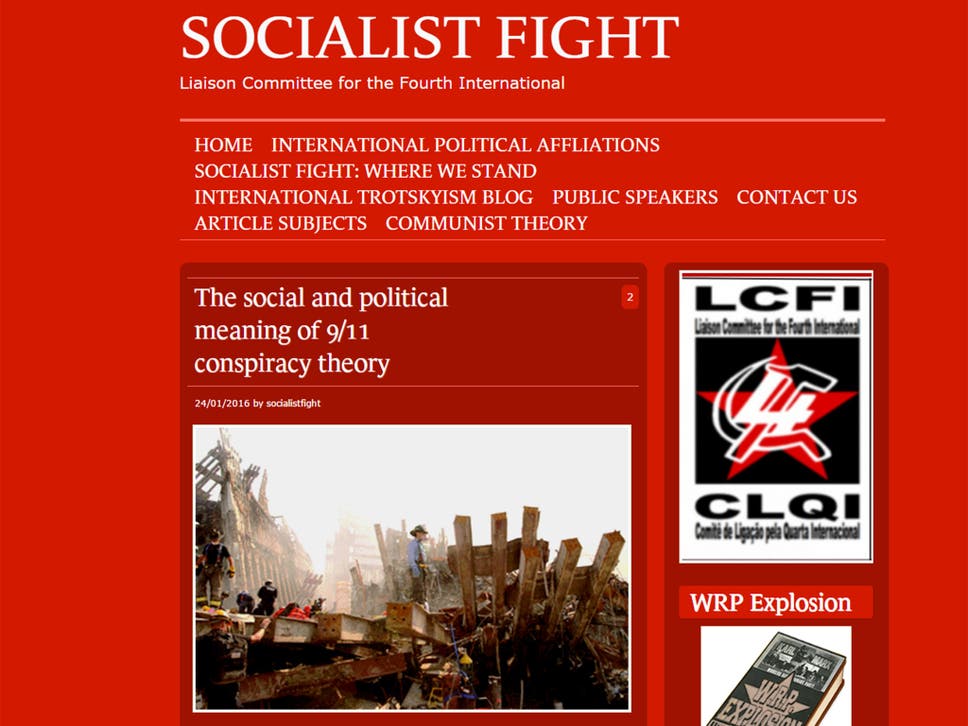 We were quite pushed for time at less than four hours so there was really only time to touch on International Perspectives and some of the more important issues of British Perspectives in any detail. We did not have time to do more than mention the climate change document drafted by Dov Winter.

The fused organisation now has two branches, one in Liverpool and the other in London. We also expanded the Editorial board of the Socialist Fight magazine by three comrades from Liverpool; Frank Fitzmaurice, John Owen, and Paul Humphreys. It was also decided to produce the Socialist Fight as a 16-page bi-monthly magazine at £1 waged and 50p concessions (benefits and low waged), with balanced coverage of the main class struggle issues in both cities. The prospect of moving to a tabloid format as soon as materially possible was also discussed.

On International Perspectives, we agreed that the imperialist epoch remains ‘the epoch of wars and revolutions’ (Lenin), in which the objective conditions for world socialist revolution have matured. But capitalism will not collapse automatically or be overthrown spontaneously. Socialism can only be the result of conscious revolutionary leadership of the international class struggle.

Socialism is both possible and necessary, but it is not inevitable. Setbacks and defeats, some of historic significance, have also occurred. The development of society does not proceed in a straight line, and its outcome is not pre-determined.

We endorsed the theory of the Anti-Imperialist United Front which was the basis of the LCFI stance on Libya. This was also the issue on which the ISL (R) split for the ISL and Nahuel Moreno’s Argentinian-led Liga Internacional de Trabajadores (LIT – International Workers’ League). We agreed that Russia and China were not imperialist powers.

On British Perspectives, we agreed, amongst other things, on the importance of Dialectal Materialism as the basis of Marxist philosophy, one of the three component parts of Marxism (Lenin) and the science of all movement and change. We condemned the capitulation of many former leftists to imperialism, we agreed to support the Irish Republican Prisoners Support Group and recognised the importance of relaunching the Grass Roots Left to mobilise the Rank and File of the trade unions against the appalling sellouts of the TU bureaucracy over the IHRA definition on 4 September and the defeat of Open Selection and the leadership election criteria at Labour’s conference in Liverpool.

We condemned the expulsion of Socialist Fight from Labour against the Witchhunt on 6 January and the machinations of the Zionists and Blairites with the mass media in the third Get Corbyn Campaign. Whilst the vast majority were left remain in Brexit there were tactical differences on the “Peoples Vote” on the outcome of the Brexit negotiations or a second referendum, with some feeling it was a mistake to take a strong stance on this before we knew the final terms.

We did not get to discuss intersectionality, class politics and ‘identity politics’, defence of Gerry Downing on Andrew Neil’s The Daily Politics, practical tasks like Anti-Fascism, how to orientate to Left Remain, Students and Youth work, or indeed practical work around the Grass Roots Left and the Irish Republican Prisoners Support Group. We condemned  the banning of the Socialist Fight magazine from Houseman’s bookshop near Kings Cross in London on 20 September and the attack on the Revolutionary Communist Group public meeting where Jonathan Hoffman and two Zionist women [1] disrupted the meeting and had sought to get the community centre to ban the meeting and succeeded in getting Camden Council to send two Prevent officers to monitor the meeting for antisemitism.

We will have a follow-up meeting in a few months to complete these tasks.

Greetings to the fusion conference from Wilhelm Speklin

Good afternoon comrades of SF & ISL & sympathizers sending you from across the Channel Trotskyist greetings,

Much honoured by the invitation regretfully due to personal finance problems I as aspirant-member cannot attend for now. However of course wishing you much success in bringing forth an improved fusion document which as stated, “can become the basis for international regroupment of dispersed Trotskyist groups and individuals and other serious revolutionary socialists from other traditions who are seriously considering the global implication of the current crisis of imperialism after the unresolved crash of 2008 and the necessity for a world party of socialist revolution.”

And I, as ex-sympathiser-supporter & member of all 3 Spart-family (ICL, IBT, ID/LFI) component organisations in Holland (1999-2018) after almost a decade in Canada as “reformist-Trotskyist” (1985-1996) I have come to agree that the SF’s “prognosis that the combination of the collapse of Stalinism and the generally low level of class struggle would accelerate the political crisis of the main currents claiming to be Trotskyist has been confirmed. Full agreement not yet but I have already undertaken translations extensively of finely formulated major components of the revolutionary program which have been put on hold until the final version is available at the end of the Conference, or the day after.

In building this reforged Fourth International, I am convinced you are moving forward!

[1] “At this year’s Al-Quds Day demonstration in London in June, far-right and Zionist activists openly heckled and abused the peaceful procession as it wound through the city centre. Although the two groups marched and stood in separate locations during the event they were clearly observed talking and laughing with each other after the event.

The two groups were again standing shoulder to shoulder in August when they picketed the Palestine Expo in the capital. Photographs show the former vice president of the Zionist Federation, Jonathan Hoffman, next to Paul Besser, the so-called “intelligence officer” of the neo-Nazi group Britain First (whose supporter, Thomas Mair, murdered the Labour MP Jo Cox on 16 June 2016 – SFG). Zionist picketers seem to be perfectly comfortable with the presence of a known fascist in their midst.”

From: The marriage of convenience between the far-right and Zionist Jews, By 5Pillars – 8th January 2018, https://5pillarsuk.com/2018/01/08/the-marriage-of-convenience-between-the-far-right-and-zionist-jews/