Why the 189 views yesterday of this post from February 2016? 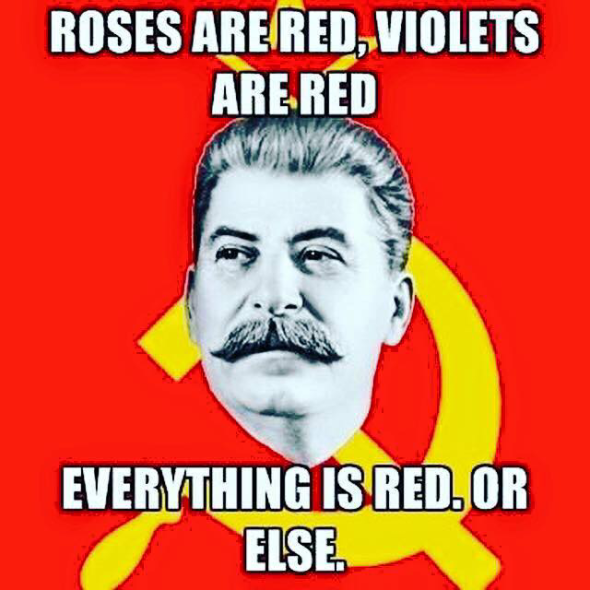 Eddie Dempsey approves political murders of opponents of Stalin – it’s only a joke, of course, except it really happened – some 700,000 officially endorsed political executions from the Kremlin’s own archives, aside from the millions dead in the Gulag – 20 -40 million is no joke.

The following two photomontages of Joseph Stalin and Leon Trotsky were posted on his Facebook status by Eddie Dempsey, RMT Executive Committee member. Dispensing with the standard Stalinist lies and denials about the crimes of Stalin by the likes of the crackpot Grover Furr, Comrade Eddie takes the line, “he did it all, so what? We would do it all again if we got the chance”.

I find this extremely offensive and personally threatening as a Trotskyist. It is not at all “childish” but constitute behaviour totally unacceptable in a leader of a militant working class trade union.
Does the Executive Committee of…