Higgins has previously paid tribute to Gore-Booth in a speech to the TUC at Congress House in 2016.

Also buried in that grave is Esther Roper, her lifetime companion until Gore-Booth died in 1926.

They met in Italy and Roper’s Wikipedia article states the obvious: “They fell in love.” 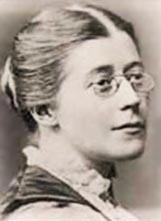 We must emphatically reject the straight-washing of reactionary historians like Gifford Lewis whose biography of both women contained this disgusting remark on their relationship: “You will be pleased to know that I could ﬁnd not a trace of perverted sexuality.”

He did not look very hard. The LGBT History Month blog from February 2014 explains: “In 1916, along with transwoman Irene Clyde, the couple (Eva and Ester) co-founded a privately circulated journal promoting their pioneering views on gender and sexuality.

“Other content included discussions of outrageous (for the time) themes such as why women shouldn’t marry — challenging convention that unmarried women were just not attractive enough to bag a man; why we should live in a genderless society; and how passionate lesbian relationships are a great alternative to marriage.” 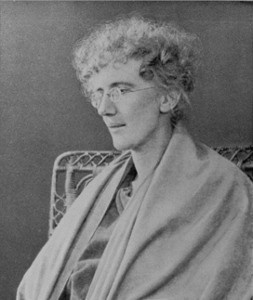 Gore-Booth and Roper also championed the rights of transgender people in those radical liberating times which had their apogee in the Russian Revolution, with its great revolutionary women like Inessa Armand, Alexandra Kollontai and Clara Zetkin.

In Manchester, in 1908 they formed the Barmaids Defence League against Winston Churchill’s promised legislation to prevent women working in pubs. Gore-Booth campaigned together with Roper and her sister Constance, who had married a Polish count in 1900 to become Countess Markievicz.

They hired a carriage and four white horses from which to address the crowds. Their protest was a success — Churchill didn’t get elected and the “ban the barmaids” Bill didn’t get passed into law. Markievicz later fought in the 1916 Easter Rising as second-in-command to Michael Mallin at St Stephen’s Green.

She was only spared from the British firing squad because Asquith and Lloyd George personally intervened to save the life of a woman. Labour Party leader Arthur Henderson, part of the wartime coalition, reportedly led the cheering in the House when the news of the first execution of the 1916 leaders was announced.

Gore-Booth rushed to Dublin to be at her sister’s side and communicated with her daily until she was released in June 1917. Markievicz was the first female MP elected to the British Parliament in 1918, as even Theresa May has now acknowledged.

She did not take her seat, in line with Sinn Fein’s abstentionist policy. She was the first woman to be a Cabinet minister in the revolutionary First Dail from April to August 1919. She left office in January 1922 in opposition to the treaty with Eamon de Valera and others. There was not another woman in the Cabinet Office in Ireland until 1979 when Maire Geoghegan-Quinn became a minister for the Gaeltacht for Fianna Fail.

The counter-revolutionary outcome of the Irish civil war had a dire effect on Irish social and political culture, not least in the clerically bigoted regime against women, gays and lesbians, and human liberation in general that came into being after the defeat of the revolutionary republican forces in 1923.

As explained in an article by Peter Frost in this paper: “When Roger Casement was tried for treason for his part in the Rising, she [Eva] attended court every day, trying, but failing, to prevent his execution.”

Many Irish nationalists desperately tried to straightwash Casement too, claiming against all the forensic evidence to the contrary that the famous Black Diaries were forgeries. Due to the strength of the Irish lobby in the US, president Woodrow Wilson would have secured a pardon for Casement if Asquith had not sent him the Black Diaries.

Their joint gravestone in Hampstead has a quote from Gore-Booth’s poem In Praise of Life, which is dedicated to the lesbian icon Sappho: “Life that is Love is God” and sporting Celtic circles joined together. Sappho lived in the island of Lesbos from about 630–570 BC. Her only complete surviving work is the Ode to Aphrodite, leaving her sexuality beyond doubt.

So as we remember Gore-Booth as a great suffragette we should also remember her life’s partner lying with her, who was certainly as great a suffragette, as great a pioneer of women’s rights and as great a champion of the love that dares not speak its name.