Marikana – five years after the Massacre 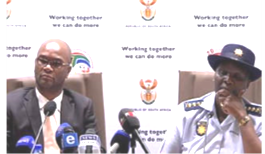 After the Marikana massacre five years ago, (where 44 people were killed during the strike at Lonmin’s Platinum mine on 16th August 2012, 34 shot dead while trying to disperse, while 10 people died before and after the massacre) the government set up an ‘inquiry’ (Farlam) which cost the working people in South Africa R153 million. This ‘inquiry’ failed to ask the right questions (who gave the order to issue guns to the police…and who ordered them to shoot to kill?) or to address the issues —better wages and better living conditions for the mineworkers.

Nineteen mineworkers were arrested and charged with murder(!!) (although video evidence showed that it was the police who shot and killed the 34 miners) and malicious damage to property. Their trial was suspended awaiting the results of the inquiries.

The politicians have shares in the mines, so they cannot hold them accountable. The police and the striking miners were not asked to give evidence…

Five years later there is, still, no compensation for the victims’ families and for the injured miners. Farlam merely recommended another ‘inquiry’ to determine if the suspended National Police Commissioner Riah Phiyega was ‘fit for office’ (Even a blind person could see that she is not fit for office; there was no need for another inquiry).

The Claassen Board of Inquiry was set up and returned its findings two weeks ago. Claassen found Phiyega had lied to the Marikana Commission of Inquiry, was not fit for office and should be dismissed. Phiyega is challenging the findings and has filed for a review. It is clear that there can be no justice for workers and poor people under capitalism/imperialism-the source of the planet’s ever worsening inequality/poverty/environmental destruction.

Meanwhile the housing that has been built for workers in Marikana is woefully inadequate both in numbers and scale.

Elsewhere in South Africa, the struggle against the destruction of the environment and the health consequences for the people continues.

Capitalism is a system which turns people against one another, privatising the world, poisoning the air and water, destroying lives and societies. In Xolobeni, a Mining application has divided the community. Mining force people to leave their land which is the source of their livelihood. Local communities receive no benefits in terms of, e.g., improved infrastructure, health or education services from large mining operations.

The small number of jobs it generates cannot justify the destruction it would cause. Many people are also concerned about the contamination of water sources as well as the negative effects of economic differentiation on social cohesion.

In Xolobeni, (as well as in Melmoth, Mokopane and Limpopo) anti mining activists are subjected to violence and live in fear of their lives. For over ten years now the Xolobeni community has resisted the development of a Titanium/Rutile/Zircon ores and other minerals mine, in an area of outstanding natural beauty.

The community has blocked drilling in the area, but powerful international capitalists in league with local collaborators are attacking activists. Many Chiefs have set themselves up in ‘Empowerment’ companies to enrich themselves from these mining contracts, at the expense of the majority. 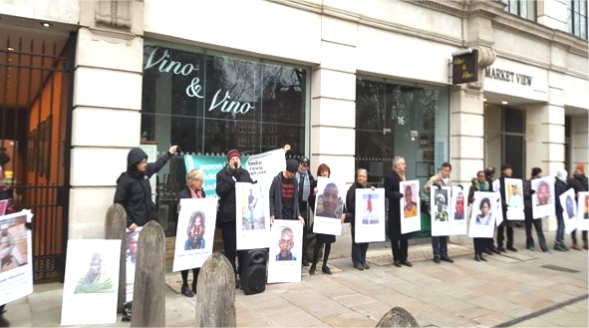 In Xolobeni for e.g. The local chief was anti-mining until he was made director of Xolco a company which holds 26% “empowerment” shareholding in the Australian Mining Company MRC. Workers in South Africa are suffering from a serious lack of access to Justice and the state is using the police for repression in defence of inequality

The chair of the resistance committee Sikhosiphi Rhadebe was murdered in front of his wife and his son on 22nd March 2016. This was not the first murder of activists in the community, as violence against those opposed to mining is widespread. Activists are attacked and arrested on trumped up charges.

On 7/2/17 five activists (former Lonmin workers) from the Marikana Solidarity Campaign (MSC) were in Court accused of a murder which took place on December 8 2016. One, Napoleon Webster, the Chair of the MSC was, according to witnesses, NOT present at the time of the murder.

The activists say that the police tortured them, leaving Audrey Seitsang urinating blood for two weeks because of electric shocks to his genitals.

The State has not allowed them to have any medical attention. Webster said that during arrest and torture they were NOT asked any questions about the alleged murder only about their community activism, particularly about their housing rights activism.

Workers in South Africa must hold these corporations accountable for their actions. The incestuous, criminally corrupt SACP/ANC/COSATU alliance is rotten to the core, and workers must abandon these criminal gangs which are holding workers to ransom for their imperialist masters, while feathering their own nests. 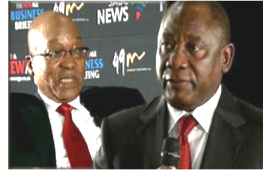 Nationalise the Mines and the banks, under workers’ control

We call on all workers and poor people to fight for these demands and to join together to build a revolutionary workers party in South Africa Capitalism Kills, Inequality Kills, Greed kills, Compensation Now!! ▲

SF Editorial: Brexit and Workers’ Democracy; waiting for 2020 will not save the NHS or the welfare state »
« The French elections