Defeat the colonial takeover imposed by the United States!

For the complete independence and national self-determination of Puerto Rico!

Puerto Rico has a population of 3.7 million people. Over the past 20 years, the country’s (public) debt became gigantic, reaching a sum of $72 billions, the equivalent to its 103% Gross National Product (GNP). This situation is further aggravated by Puerto Rico’s colonial condition. It is the oldest USA colony. The region is formally called as the “associated free state” of America and sometimes it is even called as the “51st state”; however, it is in fact a 21th century U.S. colony.

PUERTO RICO IS NOT IN A DEBT CRISIS, BUT IN A COLONIAL CRISIS

Puerto Rico is neither an independent country nor receives the same handling as one of the imperial federation states. With its hands tight to the U.S. control, Puerto Rico lives one of its worst crises. Since it is not an independent country like Greece for example, the colony is unable to renegotiate the debt with either the international companies or even the IMF.

As opposed to the U.S. States, the island can’t file for chapter 11 and try to bounce back. The poverty rate is 45% as compared to 15% in the rest of the country. Local residents can’t vote in presidential elections. Puerto Ricans lack basic health rights like other Americans; and products manufactured in Puerto Rico, such as medication, for example, carry an “import” tax imposed by the Cabotage law instituted in 1917. The country’s legislation is subject to the U.S. Congress and the island does not have a president but a governor.

The current economical crisis started when the American corporations that used to take advantage of imposed waivers left the region. A process of deindustrialization within the empire that started in 1996 and aggravated in 2008, also impacted Puerto Rico. The U.S. congress, at its own time, eliminated these waivers, leaving the island with no other option but debit. These developments drove Puerto Rico’s colonial status into crisis.

Taking advantage of the current situation in Puerto Rico, China sent an investor delegation of 16 members to Puerto Rico (Click here). Pressured to pay the debt that could cause the liquidation of the State and of his own political career, the local government opened his doors to China, which flirted with the idea of assuming the country’s debt and reindustrialize the area. “The visit, which is part the local government’s efforts to encourage international investment in the island and help to create jobs, is expected to yield positive results for both parties.”  This engagement between the U.S. colony and China made the American politicians and media panic. According to Jim Cramer from DNBC network, Puerto Rico is more important to the U.S. than Greece and China (Click here). The then republican presidential candidate Ben Carson was more direct about what was in check: Puerto Rico is a “very strategic” location for military defense, and raised concerns about a possible Chinese “infiltration” in the Caribbean” (Click here). Right after this statement, he patted the colony by saying “we probably have more patriotic Puerto Ricans than almost any other state.” The Chinese interest in the region gave governor Alejandro Garcia Padilla political grounds to negotiate as he announced the default of three Puerto Rican debts over the summer. The imperialist staff then moved to recolonize the country from debt bondage imposed on it.

Alarmed and afraid of losing their colony, the Yankee imperialist bourgeoisie converted Puerto Rico from a colony into a complete annexation. The US congress is preparing to vote a Porto Rican restructuring package that includes the imposition of a federal tax board control, formed mainly by bankers, financial “experts” with ample powers. Also, in order to expand the takeover, the empire shifted the U.S. War Marina to the Vieques Island, an area that makes up the archipelago of Puerto Rico. The plan is to conduct military exercises in the region and push the local people away from their land. The U.S. Congress and the fiscal board control (a financial dictatorship instrument worst than the troika in Greece) proposes a large-scale privatization of the country to pay for the debt. Padilla accused the U.S. of boycotting the negotiation of the debt and announced that he prefers to prioritize the Puerto Rican population instead of prioritizing consignees.

” The commonwealth of Puerto Rico will default on a $422 million bond payment for its Government Development Bank after Governor Alejandro Garcia Padilla invoked a debt moratorium law and said that he decided “that essential services for the 3.5 million American citizens in Puerto Rico came first” in a televised address yesterday. The debt that will be defaulted on last traded at 32 cents on the dollar, with an effective yield of about 1,600 percent.” (Click here)

The Chinese approach to Puerto Rico was the same done by the BRICS in various parts of the planet, occupying market spots left in the vacuum by the imperialist economic downturn after the 2008 economical crisis. From an imperialist viewpoint, the BRIC’s moves, especially in the Caribbean Islands, have been very audacious. The BRICS and their allies (e. g. Bolivarian governments; Iran) held combined maneuvers “under the beards” of their imperialist enemies. Together, this bloc developed oil exploration projects in the Gulf of Mexico without imperialistic intervention and control. The BRICS are building infrastructural conditions to do so. This approach has been permanently sabotaged by imperialism through regime change conspiracy (e.g. Venezuela), coups (e.g. Honduras), military occupations (e.g. Haiti), cooptation attempts and capitalist restoration (e.g. Cuba). The Puerto Rican’s slavery condition over their so-called debt aligns within this imperialist counterattack.

All of these BRIC’s advancements drove the U.S. to intensively recall their domination over their oldest colony in the midst of a political blow throughout Latin America (e.g. Honduras, Paraguay, Brazil).

The imperialist bloc, applying their recolonizing blow against the bloc of countries that partnered with Russia and China, has been using the debt patronage in Puerto Rico to shield their control over the island. The debt crisis constitutes the Empire’s strike against Puerto Rico to refute a possible Chinese influence in the area and to regain its dominance in the Caribbean region.

Certainly, the “salvation” offered by the BRICS to Puerto Rico or to other parts involved is based on the continuation of capitalist exploitation, perhaps more commercial than financial, and with less draconian interest rates than those imposed by the empire. However, a change from Yankee imperialist exploitation to Chinese capitalist exploitation cannot be the objective of the Puerto Rican anti-colonial fight and the national liberation of their working class or of the working class of any part of the world. It is relevant to mention that the Chinese forms of exploitation of surplus value, with very low wages, are only possible from some indirect wage mechanisms, remains from the social revolution gains and the Chinese workers’ state, not existing in other capitalist countries. Consequently, in the Puerto Rican anti-colonial struggle and national self-determination, the fight for the auto determination of the working class is at the core.

The bourgeoisie and petite bourgeoisie directions can momentarily hold a shy resistance to imperialist exploitation as they are pressed by the masses and left without a way out by the oppressors. However, these same directions are historically unable to carry out a consequent anti-imperialist struggle. As minority partners of imperialism, the BRICS’ bourgeois leadership as well as Padilla’s government fear the organized proletariat more than they fear their own liquidation.  Organizations such as Bolivarian, PT in Brazil, Peronism in Argentina, Putin or the Chinese capitalist bureaucracy, seek only to expand their share of added value in the proletariat exploitation against monopolist aspirations and unipolar imperialists.

In the anti-colonial and anti-imperialist struggle, the workers from subjugated nations can and should take advantage of the inter bourgeois differences between imperialism and sections of the ruling class to make tactical and punctual alliances with bourgeois nationalist directions that perhaps offer some resistance against draconian imperialist policies. However, we workers must not lower our guard or show weakness front our employers at any time, we can neither give up our historical rights nor allow overexploitation for any reason.

To prevent becoming victims of betrayals of these treacherous allies who always seek to renegotiate with imperialism in the middle of an anti-colonial struggle, the masses need to strategically build a revolutionary and internationalist workers’ party that supports and internationally organizes the struggle for the complete and unconditional independence, for the non recognition and cancellation of debt imposed by the U.S. This international party must fight against the opportunism of those who capitulate to imperialist interests, and with (sectarian) excuses renounce the anti-colonial struggle and anti-imperialist united front. This party should also fight against the opportunism of those who capitulate toward the bourgeoisie of this oppressed nation by renouncing historical rights of the Puerto Rican workers.

In this fight, we as a working class should become Puerto Rican’s main allies and support our brothers with all force against its imperialist bourgeoisie. We, the U.S. proletariat, cannot let ourselves be intoxicated by the xenophobia and national chauvinism propagated by imperialist oppressors. We must uphold full citizenship and labor rights to our Puerto Rican brothers immigrants in the U.S. The defeat of the imperialist bourgeoisie in this war, will favor Puerto Ricans fight against these oppressors and inevitably also favor workers worldwide. As taught by Lenin:

In the internationalist education of the workers of the oppressor countries, emphasis must necessarily he laid on their advocating freedom for the oppressed countries to secede and their fighting for it. Without this there can be no internationalism. It is our right and duty to treat every Social-Democrat of an oppressor nation who fails to conduct such propaganda as a scoundrel and an imperialist.” (Lenin, “The Discussion On Self-Determination Summed Up”, July 1916) (Click here)

One who oppresses others favors their own oppression. The American left vanguard that claims to be defender of workers’ rights cannot be ambivalent in this fight; we need to take the worker’s side unless it becomes clear that this vanguard wants to shamefully capitulate toward the interests of its ruling class:

” On the one hand, we see the rather avowed servants of the bourgeoisie who defend annexations on the ground that imperialism and political concentration are progressive and who repudiate the right to self-determination on the ground that it is utopian, illusory, petty-bourgeois, etc.”. (V. I. Lenin, The Socialist Revolution and the Right of Nations to Self-Determination, THESES, 7. Social-Chauvinism and Self Determination of Nations, January-February 1916). (Click here) 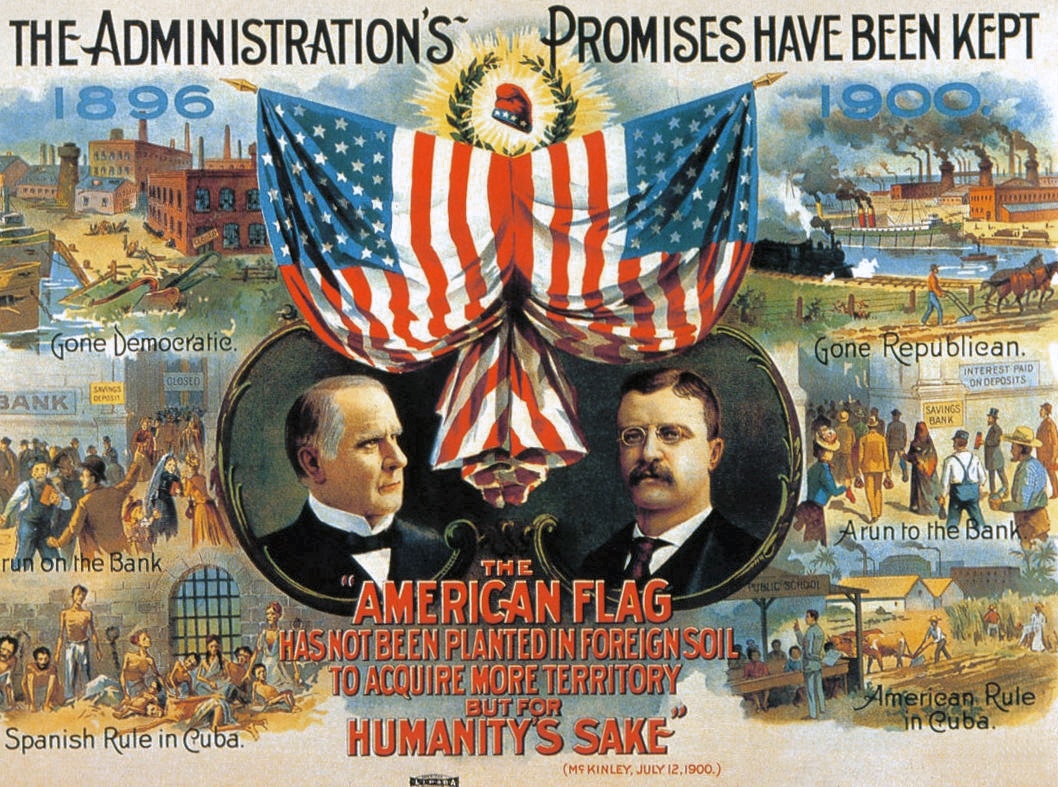 The American oldest colony has a long history of anti-U.S. resistance and class struggle. Puerto Ricans can learn from the successes and mistakes achieved by their Cuban brothers and their workers’ fight and resistance. Cuba was once dominated by Spain just like Puerto Rico is dominated by the United States; however, the Cuban workers were able to free themselves through the social revolution of 1959. The Puerto Rican fight against oppression and colonial backwardness could be resolved through a qualitative leap, as has happened in other historical processes, through conscious action of its people, combine with the struggle for socialist revolution and the truly free association of the republics of the continent by the Socialist Union of states across America.

The failed coup: Down with US imperialism and its agents in the Army »
« Defeat the anti-Corbyn coup