Guido Fawkes, aka Paul Staines – a right wing bigot, a true political heir of William Joyce. He is another Lord Haw Haw.

“I will not be slandered and have my political views distorted and lied about by political scoundrels like Staines, Cameron and Neil. I will refute their slanders and put forward my true political beliefs. If I get expelled from the Labour party for those I have grounds to fightback. I will not accept being expelled for the outright lies that are now circulating about me and the politics of Socialist Fight.”

I assert that these attacks are based on false and lying assertions about my position by distorting what I have written and quoting half sentences out of context.

To make it absolutely clear:

I do not politically support ISIS and have never done or said so.

I do not support the 9/11 attack and have never said so.

I do not support anti-semitism and have never done so.

I profoundly regret that the Labour party NEC has been panicked into expelling me once more without a hearing based on these distorted and out of context quotations. Had they taken the trouble to read the whole articles it would be obvious that I ‎do not hold the positions falsely attributed to me.  Brian Wheeler, Senior Broadcast Journalist at BBC News‎ admitted to me in the course of his interview with me yesterday, 9 March that this was true.

I don’t support the bombing of any third world country by imperialism and have consistently held this position in regards to Afghanistan, Iraq, Libya,   Syria or anywhere else. These states have seen their citizens slaughtered in millions, their infrastructure destroyed, their natural resources like oil appropriated their education and health systems decimated and privatised for the benefit of transnational corporations and their governments, apart from Syria’s, ousted and replaced by stooge regimes all to satisfy the drive for markets and profits of the great finance houses and allied transnational corporations centrally located in Wall Street and allied minor powers in London Paris, Berlin etc. 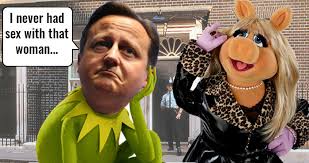 I do not and did not support the political positions of third world dictators like Saddam Hussein, Gaddafi, Assad or the leaders of the Donbass in Ukraine. But I do defend them and their people against imperialist onslaughts by bombings and sponsoring proxy armies to carry out their biddings.

If it does not work out exactly as planned in Libya and Syria and blow back results in that the vile reactionary cults like the Taliban, Al Qaeda and ISIS has turned against their initial sponsor, then more wars and carpet bombing of these lands will solve this new problem too they lie and millions dead are just ‘collateral damage’. And the mass media regurgitate the lies of these imperialist politicians to fool the working class and poor.

I did not support the bombing of the Twin Towers but placed the responsibility for that on US imperialist actions in the Middle East. These actions were outrageously justified by Madeleine Albright who opined that the deaths of a half a million Iraqi children due to US sanctions was “worth it”, in May 1996 when she was the US ambassador to the United Nations, in answer to the question:

“We have heard that half a million children have died. I mean, that’s more children than died in Hiroshima. And, you know, is the price worth it?”

“I think this is a very hard choice, but the price — we think the price is worth it.”

Albright now designates a special place in hell for women who do not support Clinton, forgetting all those children and adults in the Middle East she herself has already sent there while they were still alive.

Reaction ‎to this slaughter may be suicide bombing of the order of 9/11. Of course it is totally wrong to target civilians in this way. But the appalling injustice of a million dead Iraqis, or Afghanis, etc. produces a burning thirst for revenge for these terrible injustices amongst the relatives and sympathisers of the victims. And lacking the internationalist politics to appeal for support from the American and other metropolitan working classes they blame the whole populations of these countries and not the US and other imperialist ruling classes. As old Baruch Spinoza said:

“I have striven not to laugh at human actions, not to weep at them, nor to hate them, but to understand them.”

‎But it is the chickens coming home to roost, it is the direct result of US dominated policies in these semi-colonial lands. That is the only proposition that makes sense. Of course we reject the nonsense that these are the actions of “evil madmen” which explains nothing. What drove them “mad”, what made them “evil”? are the only sensible questions to ask.

On Zionism it is the practice of Israel to perpetrate heinous crimes against the Palestinian people by stealing their lands, demolishing their homes and raining high explosives on densely populated areas and then accuse the Palestinians of being ‘terrorists’ for having the temerity to attempt to fight back and defend themselves. And the unique position of Zionist billionaires and millionaires in the ruling classes of the west and the US in particular means that no matter how heinous the war crimes that the Israel’s leaders commit the US and Europe will defend the indefensible and blame the victims for their own slaughter and then accuse all those who condemn them as anti-semites and holocaust deniers. Again lies that the mass media eagerly disseminate.

There is no material reason why any human being on this planet should starve to death, should lack clean water, decent housing, medical care and education from the cradle to the grave. Yet even in the wealthiest and most powerful nation on earth, the United States of America, an increasing section of the working class and poor suffer appalling oppression and racist police killings whilst wealth flows ever upwards from poor to rich. The appalling statistics of a tiny section of humanity owning increasing more than 99% of the world’s wealth is growing ever worse. As Oxfam has pointed out recently the wealthiest 1% will soon own more than the rest of the world’s population and the richest 62 people are as wealthy as half of world’s population.

This global catastrophe is due entirely to political reasons, to the capitalist mode of production and its modern imperialist phase where the great monster centred on Wall Street prevents the great bulk of humanity from ever reaching their true potential and actually condemns countless millions infants and adults  to early graves to maintain their rates of profit.

Organising and planning the technology and resources ‎of the whole planet for the benefit of everyone on it requires the overthrow of capitalism on the planet. That is the goal of Trotskyism as stated on my twitter profile and that has been my goal since my early 20s. I will not apologise for it or cease fighting for it to appease the political representatives of the masters of life and the antiquated and outmoded anarchistic mode of production called capitalism.

Nor will I apologise for it to cynical and lying ruling class politicians like Guido Fawkes aka Paul Staines, or David Cameron or anyone else whilst I draw breath.  If ever I found them agreeing with any political stance I had taken I would be profoundly upset and immediately examine my own political position on that question.