Beware the Ides of September (5)

The Threat from the Trade Union Bureaucracy 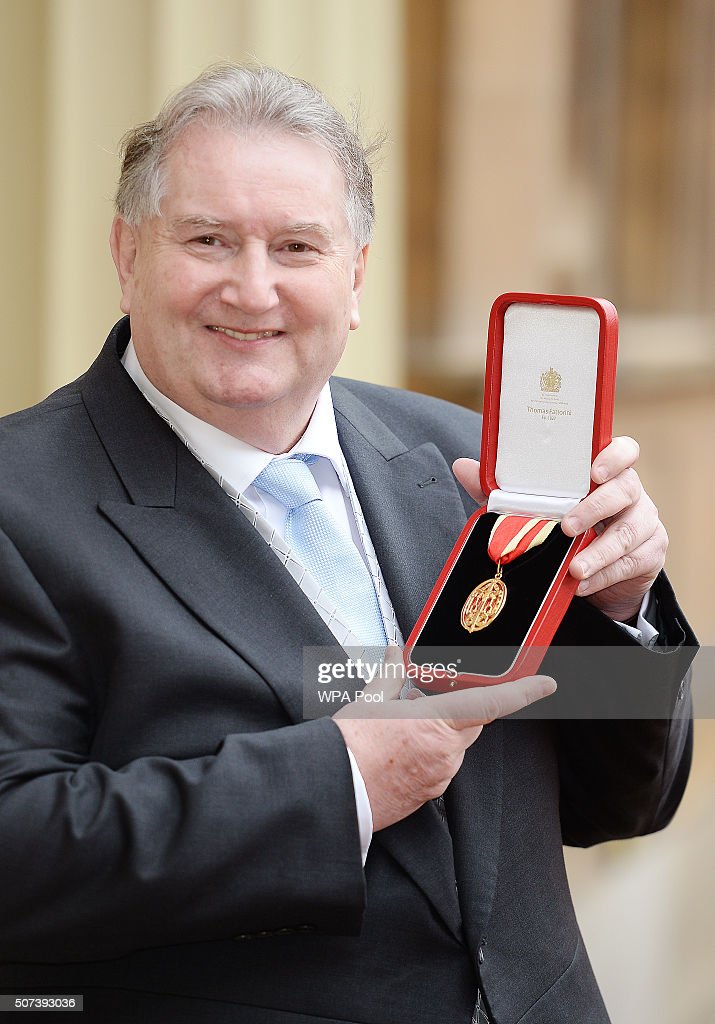 A Toady’s Reward:Sir Paul Kenny in childish glee that his loyal service to British ruling class in keeping his membership in poverty has been rewarded with a knighthood. He was reported to be bitterly disappointed that he failed to achieve a Lordship, Keith Henderson’s picket on the Houses of Parliament in 2011 which caused David Cameron to charge Ed Miliband with not keeping the unions in check was apparently the reason for the this absolute toady failing to get his gown of ermine.

Beware of the careerists, jobsworths and the sinecured whose pursuit of vested self interest has nearly destroyed the labour movement in Britain. They are motivated by and cowed by capital in much the same way as the right wing of the establishment. They effectively act as a fifth column in the labour movement, their behaviour relating to neither the constituency they are supposed to represent, never mind the wider aims and principles of our movement.

This ilk clearly sees the leadership of the Labour movement (and the movement that represents) as a threat to their parliamentary positions, their position as well paid unelected bureaucrats in the unions and the party and the whole status quo that has until now provided them with a very well healed and satisfying lifestyle.
It would be childishly naive to pretend that these elements are not plotting the overthrow of Jeremy and John either through a parliamentary coup or via the party conference where behind the scenes machinations of unelected right wing elements will be put into practice to oust Jeremy as leader. Their hope being that if you chop of the head the body of the movement will fall.
The critical factor is the outcome of the May elections. Good results will consolidate Jeremy’s position and poor results will lead to a cacophony of self pitying wailing from the usual suspects that Corbyn is unelectable and so on and so forth.
It was therefore good to see at the LRC conference on the 20th February a statement from the national committee recognising the new reality of the situation in the Labour party following Jeremy’s victory in the leadership election in 2015 and the threats the leadership and the anti austerity movement itself face from the establishment and the right wing within our own movement.
Section 7 of the statement will be of particular interest for those of us who have spent our lives fighting for genuine, democratic, militant unionism often against unelected elements within our own unions who strive to maintain the status quo and their own lifestyles rather than represent the interests of the members.
It reads:

7. The support of many unions for Corbyn in his election campaign was welcome and will have significantly contributed to his victory, but we need to be alert to the fact that some General Secretaries only gave their support under pressure and some have been working behind the scenes since his election for a watering down of his stance on several issues. Just as in the Labour Party, we need to work at every level in the unions to encourage participation, democracy and transparency, with policies which can defend workers against the on-going attacks of employers and government. We have to encourage union members and branches to join/affiliate to the Party and not simply leave support to national executives. We welcome the FBU decision to affiliate, and we have to press for other non-affiliated unions to also affiliate. Within the unions we need to argue for anti-austerity policies and for them to be given teeth through action. We need to insist that opposition to the Trade Union Bill and its draconian attempts to shackle workers, if it becomes law, is taken seriously and leaders are held to their verbal commitment to defy it.

The unelected and outgoing general secretary and knight of the realm Sir Paul Kenny has been reported in the right wing Tory media repeatedly attacking Jeremy’s position over the issue of Trident renewal.
The GMB has also been central in lobbying for the Labour party to adopt a pro European policy that perhaps coincidentally supports the interests of big business and their establishment
However the GMB isn’t the only union where the members support for Jeremy and the anti austerity movement wasn’t shared quite as enthusiastically by the unions leadership, as opposed to it’s active membership. The LRC statement acknowledges that it was only because of rank and file pressure that the backing of the leadership was forthcoming.
In light of this the LRC statement calls for work to ensure participation, democracy and transparency in the unions.
Couldn’t agree more.
In the days to come, Tim Roache, formerly an unelected regional secretary in the GMB is scheduled to take over from Sir Paul Kenny as general secretary. To be fair to Tim at least he won an election even if it was only with the backing of 2.4 of the membership in an election that had a 4.4 per cent turnout. However winning an election was something more than our knight of the realm had ever done having only ever stood in one contested election for General Secretary back in 2003. An election in which he was soundly beaten, but that is another story.
It is argued by left wing activist and LRC member Keith Henderson that there has been a deliberate misapplication of the bye laws governing the General Secretary election by the ruling elite in the union to ensure that he (Keith Henderson) or any other rank and file GMB member was prevented from standing in the election.
He is arguing that the election is re run and that any member seeking nomination to participate in the election should not be prevented from contacting branches to seek nominations. As was the case in the election that garnered the 4.4 per cent turn out.

The hearing is taking place at the certification officers on Tuesday 1st March commencing at 10.00 o’clock. A lobby has bee organised for 9.00.

However the alienation of trade union membership and the lack of democracy that leads to bureaucratic interference and ultimately to almost complete bureaucratic control in the election process isn’t restricted to overtly right wing unions like the GMB .
Allegations of full time officer interference in the general secretary election has also surfaced in the nominally left union Unison.
Again a challenge has been lodged with the certification officer following evidence provided by a whistle blower in the form of a tape, allegedly recording the unelected regional secretary of Unison in the London region, Linda Perks thanking and encouraging other unelected hired hands for securing support for the sitting general secretary Dave Prentice in the election. What ever the outcome of these certification officer hearings the reality remains.
Jeremy Corbyn, the leader of the labour party and a leader with a mandate, could be under threat from so called trade union leaders without a mandate, regardless of what the members of those unions may or may not think.
The question of trade union democracy is a concrete and vital issue, all genuine anti austerity, anti war activists should be active in their unions supporting those who are arguing for a real devolution of power in the unions from a national and regional level to a workplace, branch and community level that will re engage a currently alienated membership.