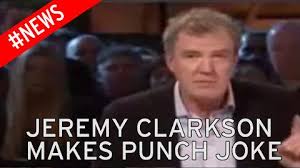 Letter to the Irish Times

This article article by Fionola Meredith denies the significance of Jeremy Clarkson’s anti-Irish racism (Clarkson case undermines real issues of racial prejudice, Irish Times 25 November) comes in the wake of a huge right wing campaign in defence Clarkson. The blogger Guido Fawkes delivered a petition of 1,000,000 signatures collected online between 10 and 20 March. Of course the Irish connection here is that Paul Staines, aka Guido Fawkes, whose blog gets two million hits a month, is an Irish citizen. His right wing libertarian high Tory politics is demonstrated by his admiration for Guy Fawkes, the supporter of the absolute semi-Catholic monarchy against Parliament.

And into that neatly fits the Irish Times, the traditional supporter of the interests of the British Empire in Ireland. As we approach the anniversary of the 1916 uprising it is clear that increasing sections of Irish ruling class wish to apologise to Britain that that rebellion. Denying the continued presence of anti-Irish racism assists the rehabilitation of the tradition of the pre-1916 pro-British Empire Irish Party of John Redmond.

The politics of the Irish times in the time of John Redmond.

Death threats were tweeted to Oisín and threats made to his parents. Here are just two examples:

Millions of people’s Sunday evening viewing ruined, Oisin Tymon is a nobody and why isn’t he dead yet!

I hope you know what you did, Oisin Tymon, because the Top Gear fans are out to kill you! I heard the Cayman Islands are nice this season…

This man’s Twitter account is also closed but a little searching con locate him on social media:

To our knowledge no serious police investigation has occurred and no arrests have been made of those who issued these criminal death threats.

On specifically anti-Irish racism (‘Hibernobpobia’) we protest that it is Ms Meridith who has denigrated Oisín. She asserts that he it is wrong to allege race hate “even if it bumps up the money stakes” and that invoking it “gives a venal, opportunistic appearance to Tymon’s court action”. These remarks are a personal affront to all who have fought against anti-Irish racism like the landlords’ signs: “No Blacks, no Irish, No Dogs”.  And they are doubly insulting to Oisín, portraying him as a mere Irish gold digger.

Further the article asserts that in order to be considered anti-Irish racism he must “demonstrate a sustained campaign of ethnically motivated bullying against him by Clarkson” and that all that happened was “a single, fleeting instance of vitriol” and “Clarkson hit him because he was hungry and childish and spoilt, and he wanted a hot dinner. Tymon’s ethnicity was just a convenient handle for the presenter’s rage.” At this stage we are in the realms of Guido Fawkes and the twitter feeds above; the real victim is Clarkson and not Tymon.

To add insult to injury

But, as Ms Meredith admits this was not a one-off outburst by Clarkson but part of a long tradition of racist outbursts and remarks outrageously tolerated by the BBC and never prosecuted by the British state because he was so popular. Here is her back-handed acknowledgement: “Clarkson has repeatedly been accused of racist comments in the past and neither he nor his new bosses at Amazon will enjoy the inevitable rerun of Jeremy’s most cringe-inducing Top Gear moments should the case go to court.”

Ah but we won’t all have to cringe because previous outbursts were against Backs, Thais, Argentinians etc. and were not at all ‘Hibernophobic’. Examples caught on microphone are “Eeny, meeny, miny, moe catch a n***** by his toe” and using the term “slope” in Thailand. And that dodgy number plate in Argentina. But relax, we have not determined as yet what attitude true Hibernians should take to these other, unrelated, forms of racism so vital in dividing workers and sustaining the ideology of Empire.