The Flag and the Nation then and now: the French Tricolore and the Paris Massacre 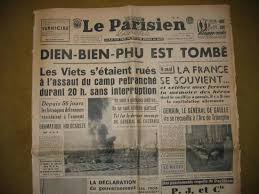 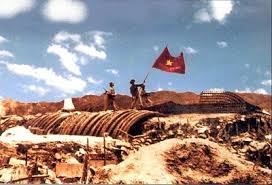 At 9.20 on 13 November 2015 the Paris Massacre began and finished at two minutes to one the following morning. 130 are now dead and over 80 seriously injured, some of whom may die later. In response the French Tricolore was projected onto iconic buildings in all imperialist countries to show solidarity with France. On Saturday 21 November, in response to a request from the Football Association, many clubs displayed France’s motto ‘Liberte, Egalite, Fraternite’, flew the Tricolore and sang ‘La Marseillaise’ before kick-off.

French managers Arsene Wenger of Arsenal and Aston Villa’s Remi Garde participated as did Chelsea, Manchester United and Watford, to name a few. However when Celtic played Dundee on 20 November fans unfurled a huge banner (see front cover) that said “We pray for Paris, as we pray for Gaza and Syria.” There was no French Tricolore in sight to sanitise the crimes of French imperialism against the peoples of South East Asia, the Middle East and North and Central Africa and the Caribbean, the millions they killed, maimed and staved for the profits of their transnational corporations. Well done the Bhoys!

The move to take the ideological assault on the working class on to the football stadiums of the ‘working class sport’ shows the dangers of the situation.

Many leftists on Facebook changed their profile to the Tricolore in solidarity with the randomly chosen murdered young people on their night out. This is a profound political error on their part, it is not the way to show solidarity with the victims of Islamic State because the historic significance of the flag and the anthem is the opposite today to their inception. Part of the appeal of the flag and anthem is their revolutionary origins. In contrast to the dirge that is the British anthem, which justifies the barbaric mediaeval institution of monarchy and the human degradation of acknowledging that some human beings are born superior to others, these two symbols of the French nation were born of the very opposite, the destruction of that ignoble institution in France in the blood and fire of one of the greatest events of human history, the French Revolution. And moreover of the highpoint of that revolution, the events known as the ‘reign of terror’ perpetrated by that lion of the revolution, one of history’s truly great heroic figures, Maximilien Robespierre.

Wikipedia describes the events of the reign of terror thus:
The Reign of Terror (5 September 1793 – 28 July 1794), also known as The Terror (French: la Terreur), was a period of violence that occurred after the onset of the French Revolution, incited by conflict between two rival political factions, the Girondins and the Jacobins, and marked by mass executions of “enemies of the revolution”. The death toll ranged in the tens of thousands, with 16,594 executed by guillotine (2,639 in Paris), and another 25,000 in summary executions across France.

By the beginning of September 1793 the Revolution appeared within weeks of destruction. Revolutionary France was about to be massacred by reactionary France and its allies as had happened so often in the past from the 200 Cathars burned at the stake in Montségur in 1244, to the St. Bartholomew’s Day massacre of 1572. There were four major internal revolts, in the Vendée, Lyon, Marseille, and Normandy. There were rebellions of some kind in the vast majority of the French Departments. Five invading armies were closing in on Paris. The most immediate danger came from the east; Prussia and Austria were attacking from the Austrian Netherlands and the Rhine.

The Battle of Valmy

“La Marseillaise” had been the rallying call to the French Revolution since May. At the Battle of Valmy on 20 September 1792, fifteen days after the beginning of the Reign Of Terror, this decisive revolutionary action bore fruit. The citizens of Paris, the sans-culottes, now understood that the revolution was for real, their leaders really did intend to destroy utterly the ancien regime and institute a new world.

The Directory armed them and they rushed to the front line with that song in the lips and the revolution in their souls. The partially demoralised French troops were fortified by this enthusiasm, the invading Prussian and Austrian troops began to catch the mood of revolution themselves. After one cannonade the invading armies turned and fled and the forces of the revolution streamed out of France with the spirit of revolution and “La Marseillaise” humming to bring the message of ‘Liberte, Egalite, Fraternite’ to Europe and the world. Wiki tells us:

Revolutionary France was victorious. The Prussians themselves recognized the importance of the battle, not merely as a setback to one of the most effective armies in Europe but as a crucial buttress to the revolutionary French state. The famous German writer and poet Johann Wolfgang von Goethe, who was present at the battle with the Prussian army, later wrote that he was approached by some of his comrades in a state of dejection. He had previously cheered them up with memorable and clever quotes but his only consolation this time was,

“From this place, and from this day forth begins a new era in the history of the world, and you can all say that you were present at its birth.”

On the very day of the battle, the Legislative Assembly had duly transferred its power to the National Convention. Over the next two days, flush with the news from Valmy, the new Convention deputies abolished the monarchy and proclaimed the French Republic. These are the heroic origins of the French nation (account gleaned from Wikipedia postings).

However that was then. As we alluded to at the beginning the late nineteenth and twentieth century saw French commit unspeakable crimes against the colonial and semi colonial world.

Today we can quote from Red Flag from 22 November:

France should not be synonymous with the word “freedom”. As with all colonial empires, its history is soaked with the blood of oppressed peoples across the globe. And its record of perpetrating violence continues.

The size of the territory claimed by the French empire in the 19th and 20th centuries was second only to Britain. From North Africa to South-East Asia, the Middle East to the South Pacific, millions were subjugated, repressed and murdered as French rulers scrambled to secure resources and markets for manufactured goods and profitable investments. It was only in the face of heroic mass struggles by the colonised determined to win their independence that France was eventually forced to cede control in the 1950s and ’60s.

From the outset of French colonialism in Vietnam, any form of political dissent was met with repression. Books and newspapers deemed subversive were confiscated. Anti-colonial political activists were sentenced to death or imprisoned on island fortresses. The grotesque violence would only escalate.

After the defeat of the Japanese in the Pacific War, the French ruling class was determined to re-establish its control over Vietnam. In 1946, the prime minister ordered the shelling of Haiphong, killing 6,000 Vietnamese. It wasn’t until the 1954 battle of Dien Bien Phu that the national liberation forces drove the French out of the country.

Violence was part of the fabric of French rule. The best farmland was concentrated in the hands of the colonialists and their collaborators, leaving the majority of peasants vulnerable to famine. Some 2 million Vietnamese died during the Second World War; there was a famine despite the granaries being full with rice. Conditions on the rubber plantations and in the mines were described as like slavery. Attempts at escape were met with hunger and torture. At one Michelin plantation, 12,000 workers died between 1917 and 1944.

Vietnamese workers were paid on average 48 piastres a year for their hard labour. This was a pittance, as Vietnamese historian Ngo Vinh Long noted: “Even a dog belonging to a colonial household cost an average of 150 piastres a year to feed”. The French claimed a “civilising” mission as false as Britain’s white man’s burden. Take literacy. Pre-conquest, 80 percent of the population were considered functionally literate. By 1939, the figures had reversed, with 80 percent now illiterate. 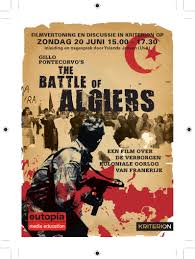 The story was the same in Algeria. Before the French invasion in 1830, there was a high rate of literacy. By the time of independence, it had been reduced to a mere 10 percent. The virulently racist French settlers, numbering 1 million by the 1950s, lived a luxury lifestyle. But for the 6 million Arabs and Berbers, French colonialism was a disaster that they resisted by any means necessary.

Violence wasn’t the terrain chosen by the independence movement. It was given. The crushing of a rising in Setif in eastern Algeria in 1945 paints a picture of a “pitiless war”. At least 15,000 were killed by French troops and settler death squads. The National Liberation Front (FLN) was formed in 1954, and quickly became the dominant nationalist organisation. It was committed to military confrontation with the French, including bombings on French soil. But as philosopher Jean-Paul Sartre wrote, “It is not their violence, but ours, turned back”.

By the end of 1956, 450,000 French troops were on Algerian soil. This build-up was directed by the Socialist Party Prime Minister, Guy Mollet, the same party as François Hollande’s. In 1957, an eight-day general strike was broken by repression. It took another round of mass protests, riots and strikes in 1962 for the Algerian revolution to triumph.

The violence of the French state was not confined to Algerian soil. In October 1961, Paris police massacred up to 300 Algerian immigrants. They were part of a peaceful unarmed protest of some 30,000 called out by the FLN to break an imposed curfew. Confident that they could act with impunity, the police herded panicked protesters onto bridges across the city, where they clubbed and then tossed them unconscious into the River Seine. For weeks, bodies, mutilated by truncheons and rifle butts, washed up on the river’s banks.

Thousands more were arrested and taken to makeshift detention camps where they were tortured. This dark episode was the worst violence in Paris since the Second World War. The colonial legacy lives on. The children of North African immigrants continue to live on the periphery of the “city of lights”. Their shantytowns of the 1960s have been replaced by impoverished ghettoised housing estates. Here, curfews and armoured vehicles are not a historic relic.

The 70 percent of the French prison population that is estimated to be Muslim is testament to the enduring reality of state violence and racism. The policing of oppressed identities is codified into law by various bans on the Muslim veil. Nor is French imperialism a thing of the past. From the Ivory Coast to Mali, the Central African Republic, Libya and Syria, French foreign policy has been increasingly muscular, particularly in its old colonial stomping ground.

Today as French fighter jets scream over Raqqa and lifeless bloodied bodies of children are pulled from the rubble of bombed apartment blocks, we would do well to remember the millions who have suffered a similar fate in the name of French “civilisation”.

The crimes of French imperialism