Moshé Machover: States, nations, and the right to self-determination 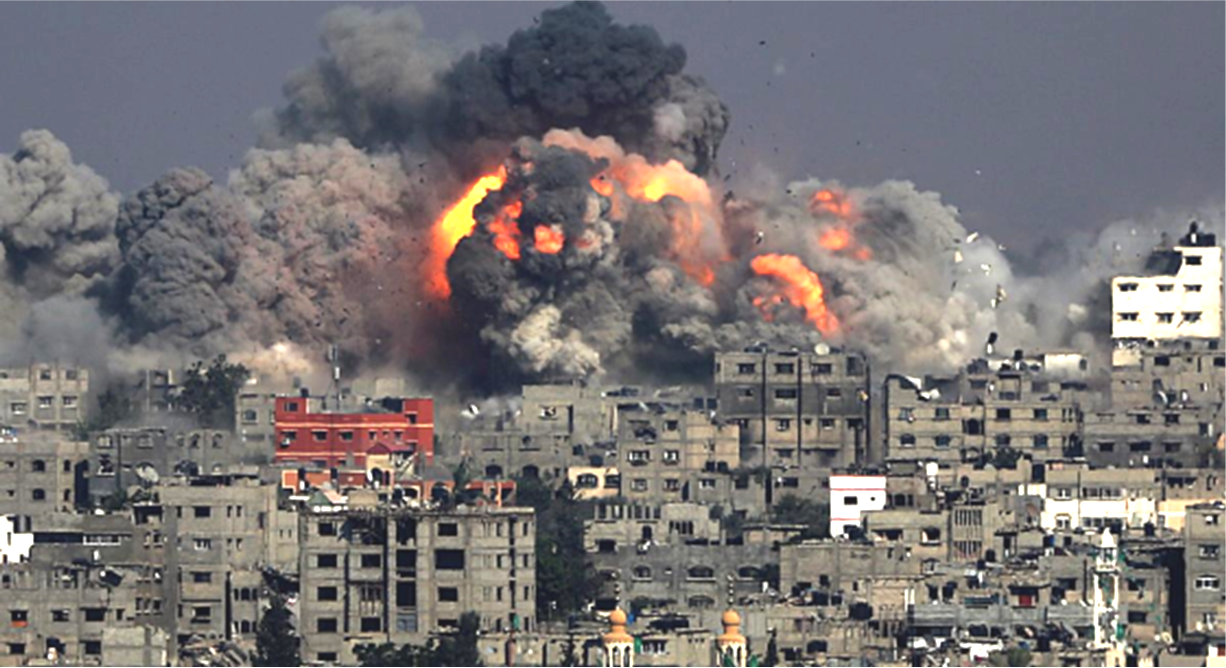 How are the unpunished crimes in Israel connected to Ukraine and similar unpunished atrocities like the Trade Union House massacre in Odessa on May 2, 2014, Bloody Sunday in Derry January 30, 1972, the Marikana Massacre in South Africa August 16, 2012? The continuing police murders mainly in the deep south of the USA and far right murders (18-year-old Payton Gendron, Buffalo, New York May 14) of Black people are the legacy of the illegitimate Confederate state. This mindset is essentially state promoted and so lives on after their defeat in the civil war. The USA does now constitute a legitimate nation, but the other atrocities were all committed by imperialist-sponsored illegitimate puppet states that do not constitute nations.

Socialist Fight believes that Israel, Ukraine, Northern Ireland, and South Africa are not nations and so have no right to self-determination. This is because they make their ethnic or religious nationalities and minorities and political opponents into second class citizens. These states are ruled by imperialist-sponsored supremacists and/ot puppets of various shades.

South Africa is now the most unequal country on the planet and the Black majority are now worse off than under apartheid; only a Black nation is legitimate there.  Algeria was such a state, but it was overthrown in 1962. Most Irish Republican hold that the 26-county state is not a nation but we would not agree.

We therefore strongly disagree with Moshé Machover’s piece in the Weekly Worker on May 12 2022, Within Israel-Palestine there can only be one victor, Two impossibilities, Neither a one-state nor a two-state solution is feasible. In it he rejects both the two nation and the one nation theories and goes instead for a regional revolution with the neighbouring Arab states. Tellingly he makes no mention of the $3.8 billion US subsidy, and although likely written before Shireen’s murder, does not speculate on why Israel feels free to commit such atrocities openly. And why the mass media in the west excuses and alibis these war crimes.

In Operation Protective Edge, 8 July to 26 August 2014, 17 journalists, 2,310 Palestinians, (617 fighters, 693 civilians) were killed as against 67 IDF soldiers and 6 civilians killed in retaliation. If the USA stopped its subsidy the illegitimate state of Israel would quickly fall and with it the notion of an Israeli supremacist nation; it would not be able to continue to commit such atrocities. We have all seen how the supremacist mind-set in the Protestant youth in the north of Ireland begins to moderate and disappear with the erosion of the material basis for these privileges.

Even a temporary halt might enforce some modification. In September 1991, President George Bush said that the United States would not provide Israel the $10 billion in loan guarantees it promised to help Soviet Jews resettle in Israel until it halted its settlement building in the West Bank and Gaza and entered a peace conference with the Palestinians. Prime minister Yitzhak Shamir agreed to those demands and, as we all know, no US president since, not even Barak Obama, has threatened this and Israel completely ignored the agreement, despite the Madrid Conference, and continues with its land thefts and murders.

Moshé has failed to note this fact so whilst rejecting the theory of a Jewish nation constituting all the Jews in the world with a right of return to Israel, he accepts Israel itself as a “settler nation”, like the US, Australia, and New Zealand. But these have legitimate workers’ organisations, unlike Histadrut, and are now nations, despite the genocide of the native populations – New Zealand is a partial exception to this, the only one with a sizable native Māori population remaining which has some influence on the state. But in the other two the remaining native populations are far too small to have any influence at all, whereas if all the Palestinians returned then the days of the Jewish state would be numbered.

Moshé admits that this ‘nation’ is built on an elitist supremacism and justifies it:

“But why should the Israeli working class in the present circumstances accept a capitalist ‘one state’, in which it would still be an exploited class, but in which it would lose its currently existing national privileges? They see quite plainly that establishing a single state would be against their present interests – if it is capitalist, which is what is on offer. They will resist such an outcome to the death. And remember: Israel is a nuclear power. There is no way I can see that it is possible to implement a one state so-called solution in the existing circumstances.”

In other words, the majority of the Israeli working class (Hebrew Moshé terms them) sees the Palestinians as inferior human beings and so it’s acceptable to murder them whenever they demand equality. But he thinks he was found a way around this problem. Have a regional Arab revolution; they were in favour of the Arab Spring in 2011, it was just Palestinian Arabs they could not stand:

“Socialism in one country is a joke, especially in a country like Israel/Palestine. It would have to be at least on a regional scale” he assures us, “in the mass demonstrations of 2011 – the biggest in Israel’s history – one of the most popular slogans in Hebrew was: “Tahrir Square is here in this town”. True, there was no discussion of the occupation of Palestinian land, but there was a clear feeling of solidarity with the Egyptian working class. Another of the popular slogans was against “Mubarak, Assad, Netanyahu” – nobody seemed to oppose it. So, there is a glimmer of hope, although I do not say more than that.”

Maybe that’s because these Arabs are so far away and not threatening their supremacist privileges. Until the US and other working classes in the imperialist countries rise up and overthrow their own ruling classes there will be no socialism anywhere, not even regionally in the Middle East. A socialist federation of the Middle East is a standard Marxist perspective. But only as a constituent part of the world revolution, a world federation of socialist states.

A failure to understand the role of the US, the UK and EU in the oppression of the Palestinians, the ethnic Russians and Russian speakers in Ukraine, nationalists in the north of Ireland, Blacks in South Africa and the global south, leaves us with no solution. And it will have to be one state not two, a multi-ethnic workers state of Palestine when the Zionist state and ‘nation’ is overthrown.

Sean Matgamna’s AWL are consistent in opposing the right of return of the Palestinians ethnically cleansed in the Nakba in 1948 and ever since because a Jewish state would be impossible with Jews in the minority.

At least they have a consistent, if vilely reactionary, Zionist position. Advocating the right to return, as Moshé does, without understanding that this would mean the end of the Jewish Zionist state and ‘nation’ is just politically inconsistent and so mistaken. ▲ 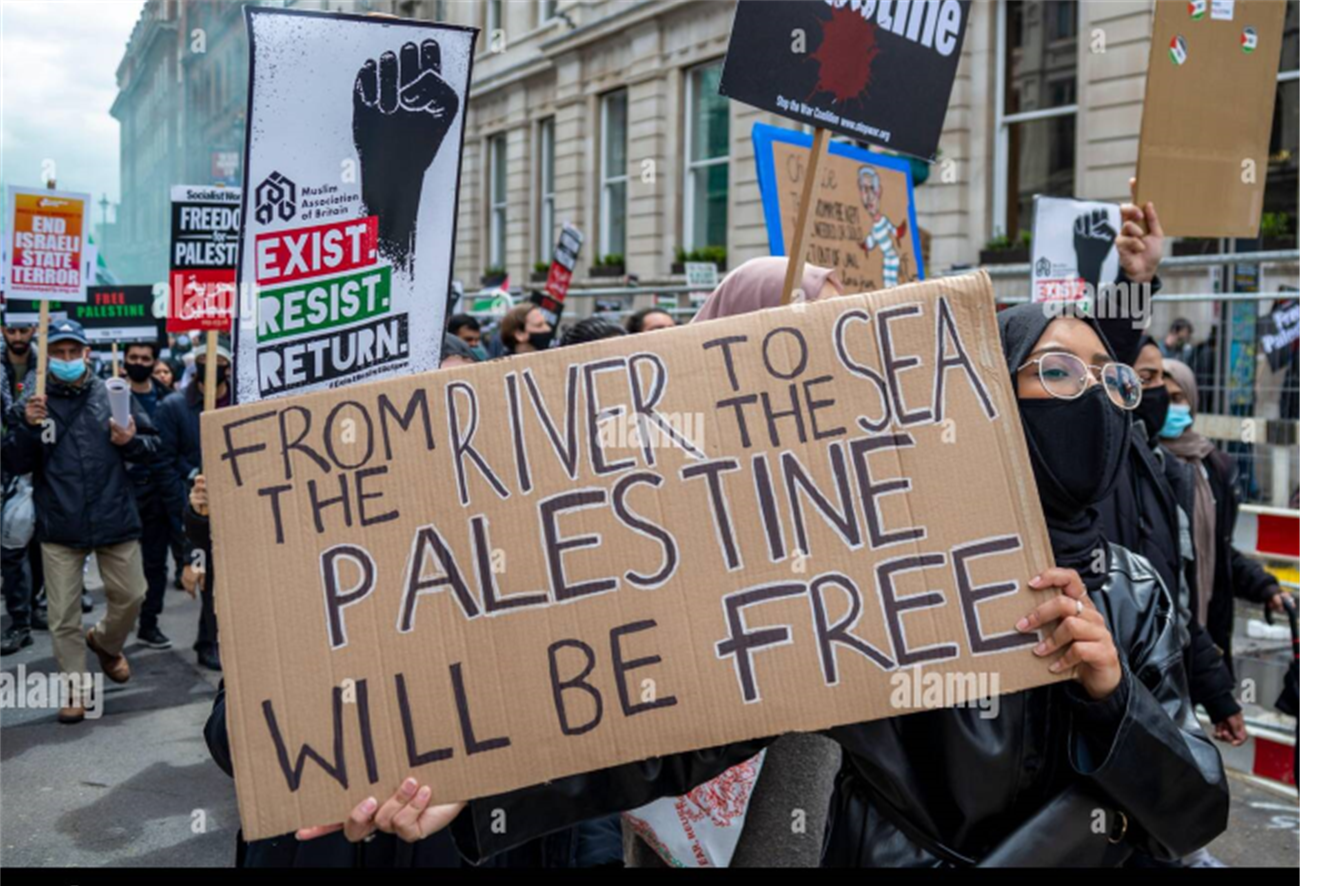 “I am taking sides with the Russian Federation” »
« Macron seeks to continue the same austerity: Let’s   continue the fightback!