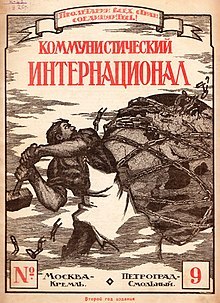 Towards the end of the International Perspectives we established the global hegemonic position of the USA, its great finance capital institutions in Wall Street and its allied transnational corporations with corresponding military might to defend the dollar as the world’s trading and reserve currency. For all British workers and those in the metropolitan centres of global imperialism and primarily their vanguard who aspire to lead them in revolution or struggle for radical change opposition we must take as our guiding principle the following quotes from Trotsky:

“The struggle against war and its social source, capitalism, presupposes direct, active, unequivocal support to the oppressed colonial peoples in their struggles and wars against imperialism. A ‘neutral’ position is tantamount to support of imperialism.”

“The struggle against war, properly understood and executed, presupposes the uncompromising hostility of the proletariat and its organizations, always and everywhere, toward its own and every other imperialist…

The submerging market debt crisis »
« The Truckers’ Protest is Reactionary

One thought on “The Anti-Imperialist United Front”