Socialism is global not national

reblog to accompany the educational document produced by Dov Winter. We really must get past Stalin’s immortal idocy of 1924: “Fascism is the bourgeoisie’s fighting organisation that relies on the active support of Social-Democracy. Social-Democracy is objectively the moderate wing of fascism.” 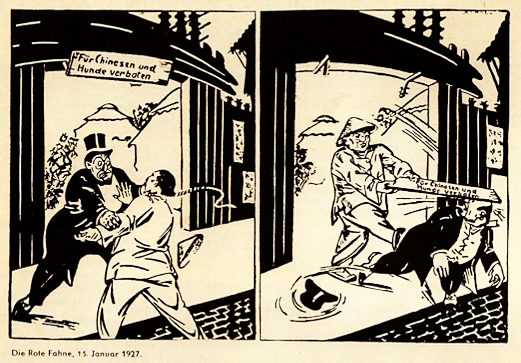 All Stalinists are adherents of the very revisionist theory that socialism is possible in a single country and world revolution is impossible. World revolution, global, international socialism was the guiding principle of the April These of Lenin and the Permanent Revolution theory of Trotsky as developed by him after the disaster of the slaughter of the Shanghai Soviet in 1927 by Chiang Kai-Shek, an honourary member of the Comintern Exec on Stalin’s motion at the time.

Mao’s main claim to Marxism orthodoxy was that he had superseded Lenin’s theory of revolution and substituted peasant armies for the working class, thereby making a bourgeois revolution the goal and retaining relations with western imperialism. That’s the meaning of the Bloc of Four Classes, the invidious distinction between the nationalist bourgeoisie…

One thought on “Socialism is global not national”