IHRA: one complete picture of counterrevolution 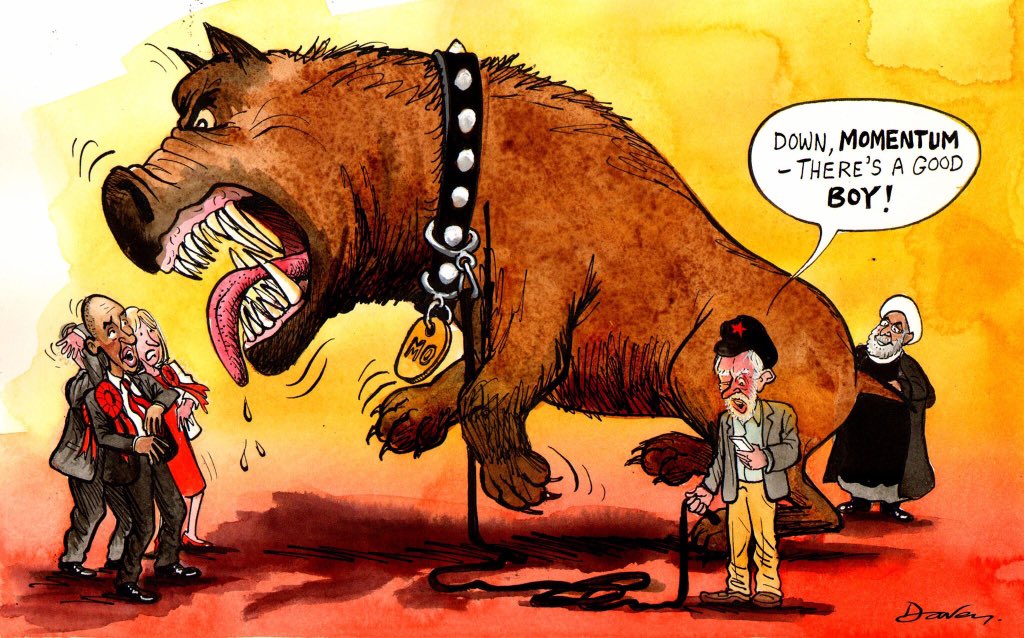 The Socialist Fight Group condemns the adoption of the full International Holocaust Remembrance Alliance (IHRA) definition of antisemitism and all its examples on 4-9-18 as a shameful capitulation not only to the Zionist lobby led by the Jewish Board of Deputies and the other right-wing Zionist organisations, also led by the Blairite right wing of the Labour party and the mass media but to capitalism/imperialism itself. The capitulation of Jeremy Corbyn, the even more grotesque capitulation of John McDonnell and the majority of the Labour NEC is an ominous portent of how they would withstand the far greater pressure a leftist Labour government would come under.

Labour now once again puts the rights of an oppressor people clearly above the rights of the oppressed. There is no corresponding defence of the rights of the Palestinians. It assumes Palestinians are untermensch who have and should always have fewer rights than Israeli Jews. “Independence” in a two-state solution is a Bantustan hellhole regularly bombed by the IDF warplanes to keep teaching them the lesson via what they call “mowing the lawn”, that their “justice” does not include a right to return and repossess their homes and lands robbed from them by fascistic terror in 1948 and progressively since then and ongoing today with another major act of ethnic cleansing obviously impending.

Those who assign greater rights to Jews than to Palestinians are racists, those who point to historic outrageous injustices like the founding of the white imperialist colonies in the so-called new world in the 17th, 18th and 19th centuries in order to justify ongoing current outrageous injustice are taking a hypocritical stance. The states like the US, Canada, Australia, New Zealand, and Latin America are nation-states and cannot now be returned to their original owners, full justice for the surviving aboriginal natives can only be achieved by a socialist revolution which will liberate all the working class and oppressed. But the racist Zionist state of Israel cannot be saved by a socialist revolution which maintains the supremacist Zionist exclusionary nature of that state, despite the illusions some leftists initially had in the Kibbutzim model, which was itself racist and Arab-exclusionary from the beginning, despite the participation of some ‘Marxists’. This problem can only be solved by the overthrow of the state of Israel and its replacement by a secular democratic multi-ethnic state of Palestine, a revolutionary workers state as part of a socialist federation of the Middle East.

Labour leadership has set its face against its own left wing

The Labour leadership has been bounced into setting its face against its own left wing, which flooded into the party to elect Corbyn as leader in September 2015 and was reaffirmed in the failure of the right wing Blairite coup against him in June 2016 where 172 MPs passed a motion of no confidence and only 40 supported him. This result of the 2017 general election confirmed the leftist surge in the working class that moved first via its vanguard. This is the return of class politics and class polarisation to Britain. The statistics show the middle ground is giving way; Conservative (Tory) at 42.4% was its highest share of the vote since 1983. Labour’s 40.2% was its highest since 2001 and the biggest number of votes since 1997.

The contrast between the two party manifestos was very clearly class-based. The Tories promised class warfare against the poor and even on some of its own supporters in the dementia tax for example. Despite is weak reformism Corbyn’s manifesto signalled the beginnings of an abandonment of neo-liberalism and at last overcame the rightist charge against the left from Michael Foot’s 1983 manifesto (27.6% in that election) as “the longest suicide note in history”.

Class polarisation is very evident in the Brexit crisis; there can be no doubt that the Brexit vote on 23 June 2016 caused the sharp rise in racist attacks in Britain; incidents surged by 23 percent – from 40,741 to 49,921 – in the 11 months after the EU referendum, compared with the same period the previous year. This testifies to the essential nationalistic and racist nature of the campaign; Donald Trump infamously said he wanted “Brexit, plus, plus, plus”, testifying to the agenda of the far right. Trump’s election also saw a rise in the far right and racist attacks.

This Brexit vote is the cause of the rapid rise of the far right, neo-fascist Democratic Football Lads Alliance (DFLA) in 2018. Revolutionary Socialists should have voted remain in that referendum and should now expend every effort to frustrate and defeat that Brexit agenda, via a new Labour government and a new peoples’referendum on the terms of the Brexit. We advocate three options, the Brexit deal on offer, hard Brexit or remain in the EU. Economic nationalism import and immigration controls, trade wars and racist victimisations of Muslims and other minority is the territory of the right, far right and fascism, it is never the territory of the left.

No capitalism, let alone socialism, in a single country

“The essence of our epoch lies in this, that the productive forces have definitely outgrown the framework of the national state and have assumed primarily in America and Europe partly continental, partly world proportions … In other words: thanks to the development of the productive forces capitalism has long ago been unable to exist in a single country. Meanwhile, socialism can and will base itself on far more developed productive forces, otherwise socialism would represent not progress but regression with respect to capitalism … The formula Soviet United States of Europe is precisely the political expression of the idea that socialism is impossible in one country. Socialism cannot, of course, attain its full development even in the limits of a single continent. The Socialist United States of Europe represents the historical slogan which is a stage on the road to the world socialist federation.” [1]

It is clear that since 1929 globalisation has enormously developed all the trends mentioned in that extract. And here is where the IHRA definition, Zionism, British imperialism, the rise DFRA and Donald Trump’s warmongering and racist attacks on immigrants come together to make one complete picture of counterrevolution. No one missed the alliance between the DFLA and the right neo-fascist Zionists on the 15,000-strong demonstration on the 9th of June, and on the Al Quds march in support of the Palestinian on 10th June, the big Zionist presence on the Robinson demo on 14 July and the dozen Zionist fascist outside lobby of Labour’s NEC on 4 September, where the infamous capitulation took place. Attending that dirty dozen lobby were the former Intelligence Officer for Britain First Paul Besser, Jonathan Hoffman, Mel Gharia and other known Tommy Robinson supporting fascists. These fascists chanted, “Jeremy Corbyn is a racist, Jeremy Corbyn is an antisemite, Labour is a fascists party” and other obscenities.

Three pro-Israel newspapers, The Jewish Chronicle, the Jewish Telegraph, and Jewish News, accused Labour of “political antisemitism” because it criticised Israel. They said, “Had the full IHRA definition with examples relating to Israel been approved, hundreds, if not thousands, of Labour & Momentum members, would need to be expelled.”

IHRA is not universally accepted nationally or internationally as its advocates claim. John Humphrys, early morning Radio 4 presenter claimed, “almost every country in the world has adopted the IHRA definition and examples of anti-Semitism.” But listeners immediately accused the BBC of lying because only 31 of the 195 countries in the world had done so, the Jewish Chronicle tells is, and only six adopted it fully with all the examples. These 6 include Austria, which intends to make Jews put their names on a state register to get kosher meat, Lithuania, whose government supports commemorations of Nazi wartime events and Israel itself, which has just enacted a constitutional law that makes Palestinian Arabs second-class citizens. De jure and not just de facto as hitherto as in the Jim Crow deep South before the 1960s and in Apartheid South Africa before 1994.

Labour Friends of Israel director Jennifer Gerber called the NEC’s capitulation “appalling” because it did not grovel low enough and claimed the “freedom of expression” clause “totally undermines the other examples the party has supposedly just adopted”. One of the Strange Sayings of Sir Boyle Roche, another example of which is the one on the front cover, was: “We should silence anyone who opposes the right to freedom of speech”. In this case, Ms. Gerber would like to silence anyone who advocates the right of free speech on Israel.

In November 2016 Tommy Robinson visited Israel and was photographed on top of an Israeli tank. The state of Israel afforded a fulsome reception to out-and-proud English fascist man. Liberal Jews objected when reports emerged in July 2017 that members of Manchester’s Jewish community held a secret meeting with Robinson, the former leader of the far-right English Defence League at which he gave a torrid Islamophobic speech. The Times of Israel carried a defence of Robinson’s visit in early December 2017 by one Brian Thomas in which he berated liberal Jews and the Jewish Chronicle (JC) for not celebrating with the fascist:

“Your timid Jewish community in Britain, which is so careful not to rock the boat or vigorously defend “settlement activates” may not “desire any links whatsoever with Robinson and his ilk”. But I can assure you that strong and proud Jews in Israel feel much the same about you and the subservient parts of UK Jewry who seem more concerned with their future peerages than the real security of Israel.” 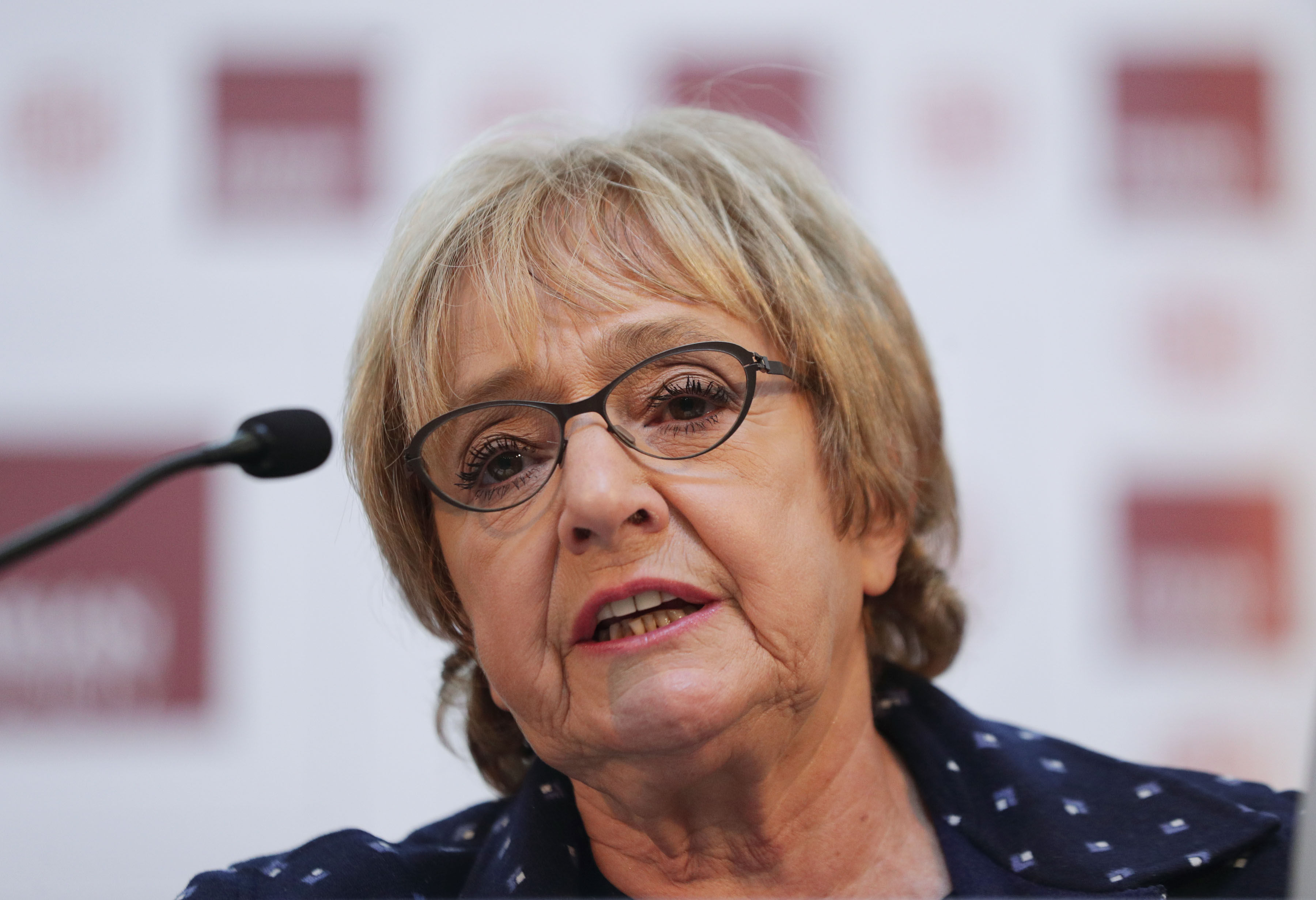 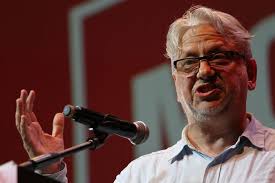 Meantime Dame Margaret Hodge, who is a Zionist Jew, can say to Corbyn, “You’re a fucking anti-Semite and a racist. You have proved you don’t want people like me in the party.” To which Corbyn meekly replied: “I’m sorry you feel like that”. And he dropped all charges against her when the mass media demanded he does so. Obvious if he won’t even defend himself he will not defend anyone else. Capitulation and expediency rules OK?

Boris Johnson is clearly pitching to the far right now. His comment “fuck business” can have no other interpretation. And Boris has continued to pile racist insult on racist insult. Muslim women should not “to go around looking like letterboxes” or “bank robbers”, and he accused the prime minister of having “wrapped a suicide vest” around Britain. It goes without saying that any similar comments about Jews by a Labour party member would warrant instant expulsion and possibly prosecution for hate speech. Tommy Robinson and the Democratic Football Lads Alliance (DFLA) is the clear target for all this propaganda by Johnson.

However, the fightback is evident. The fighting meeting called by Camden Momentum of 16 Momentum groups in London and its periphery on 20 August was a great inspiration. A clear rejection of the IHRA and a militant determination to fight it and its consequences. That meeting basically organised the 400-strong lobby of the NEC on 4 September. This lobby was wholly a grassroots mobilisation, against the Momentum leadership of John Lansman; it had three local Momentum banners on it, and, whilst not against the Labour party leadership of Corbyn and McDonnell, it took place despite them. Lansman not only did not mobilise for this he advocated the full adoption of the IHRA and all examples and even organised the defeat of Corbyn’s stronger caveat at the meeting with Rhea Wolfson.

It is clear that Momentum must democratise itself by ousting Lansman from his unelected dictatorship over Momentum. These rightist and centrist MPs, who passed a motion of no confidence in Corbyn in 2016 by 172 to 40, now beg him to save them from the anger below. “Call off the dogs”, begs Chuka Umunna but can the fearsome beast be tamed?

4 thoughts on “IHRA: one complete picture of counterrevolution”