Why, as an avowed Corbynista, I will consider *not* voting Labour on June 8

Here is the central argument that shows that charges of antisemitism against Socialist Fight members are entitely bogus and a central part of the Zionist attack on the entire anti Zionist and pro Palestinian left:

It’s the over-representation of Jews in the capitalist ruling class that gives the Israel- Zionist lobby it’s power. This is a historical phenomenon that actually explains the Zionist project itself and it’s purpose – to create a state expression for this distinctive bourgeois layer. The history of different peoples, of the relation of oppressed and oppressor peoples, is class based and linked to the different evolved class structures of those peoples.

The Jews have a more distinctive historically evolved class structure than many other groups. An understanding of the issues concerning questions of material reality and historical fact, is crucial to evaluating where we are today. The exploitation by racists of the facts, don’t make these facts less valid. As a society we need to talk about them as opposed to having them suppressed within the cloak of ‘antisemitism’”.

Road To Somewhere Else 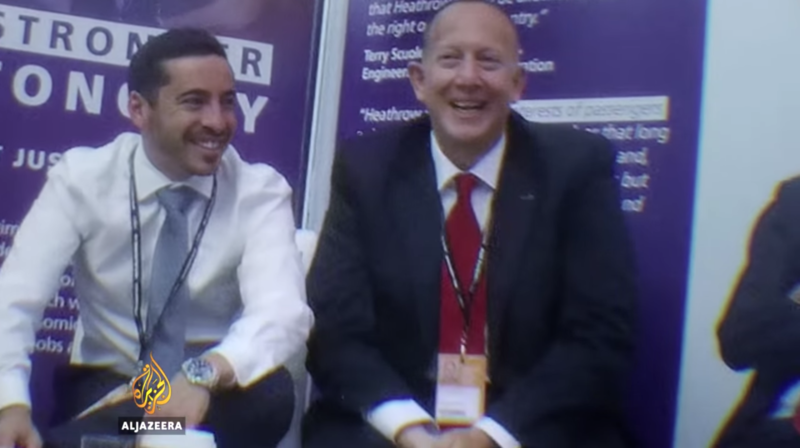 On May 4, 2017, the free weekly newspaper, Barnet Press, reported on the announcement of the three Labour candidates who are to contest the seats in my area at the forthcoming General Election.

The candidate standing for the Finchley and Golders Green constituency is Jeremy Newmark, who the paper describes as a “former chief executive of the Jewish Leadership Council” and “former spokesman for Jonathan Sacks, who was Chief Rabbi from 1991 to 2013.”

Currently, Newmark chairs the Labour party-affiliated, Jewish Labour Movement (JLM). The JLM is also affiliated to the Israeli Labor Party and the World Zionist Organization. According to the UN, the latter pumps millions into building in the occupied West Bank through its settlement division.

In my view, Jeremy Corbyn as Labour leader is the best thing to have happened to the party and, potentially, to the people of the country, in decades. But I’m…

DUTY OF BRITISH SOCIALISTS TO ACTIVELY SUPPORT IRISH UNITY AND INDEPENDENCE »
« No to US imperialism’s war on Syria and North Korea!