Victory to the defenders of Fallujah! 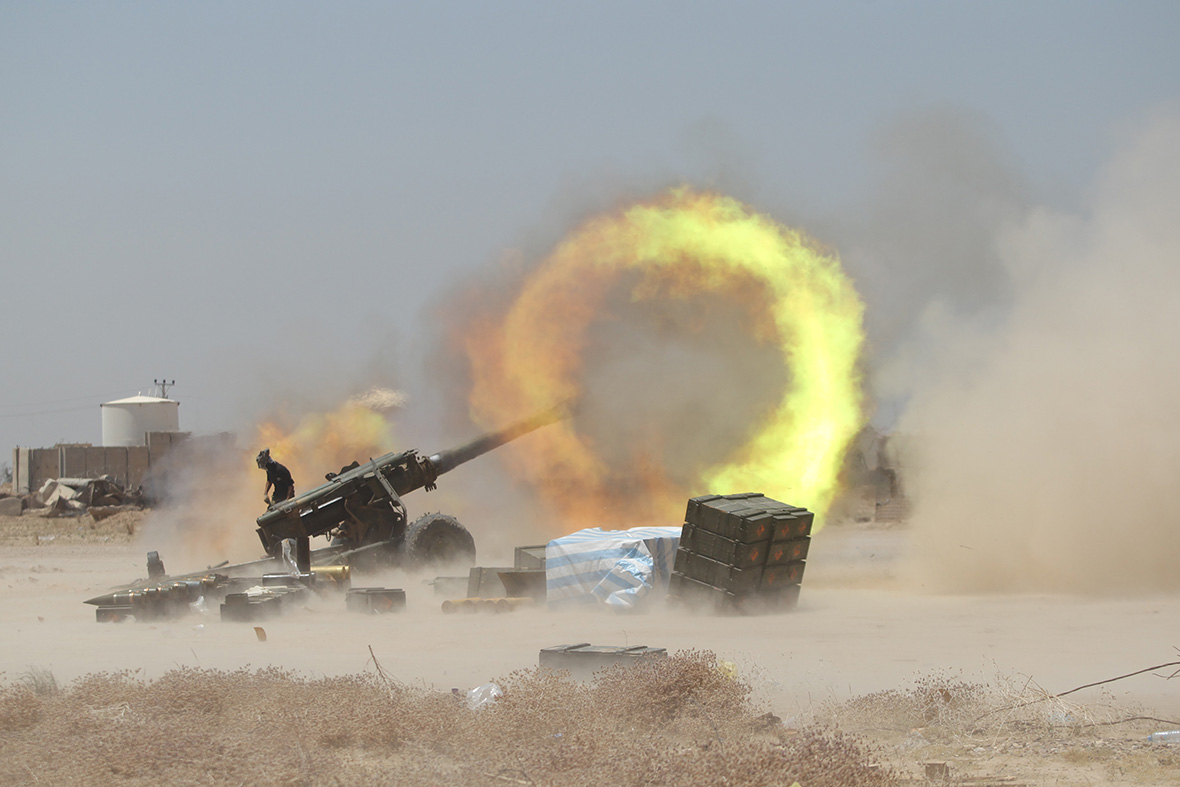 The Third Siege of Fallujah.

The current situation in Fallujah again highlights that you cannot take a step forward in internationalist revolutionary socialist politics without an unbending opposition to imperialism and its proxy agents and armies internationally.

And not the Stalinist /left reformist bogus anti-imperialism of politically defending the bourgeois nationalist or Stalinist opponents and covering up for the local tyrant like Saddam, Gaddafi or Assad. Or indeed Castro or North Korea’s Kim Jong-un, Gerry Adams or Nelson Mandela. Or Kurdish leaders Abdullah Öcalan, Talibani or Barzani. But the anti-imperialism united front position of Lenin and Trotsky:

Trotsky on the international Class Struggle:

Mistakes on the question of defence of the USSR most frequently flow from an incorrect understanding of the methods of “defence”. Defence of the USSR does not at all mean rapprochement with the Kremlin bureaucracy, the acceptance of its politics, or a conciliation with the politics of her allies. In this question, as in all others, we remain completely on the ground of the international class struggle.

And here’s Trotsky on defence of the USSR. And the principles here equally apply to imperialism attacks on the third world countries and political groups there:

We must extrapolate from the USSR to the semi-colonial world today. Arguably the actions of Joe Stalin were no less barbaric than the actions of the ISIS today, even if he attempted to cover it up with pseudo Marxist gobbledygook that is Stalinist ‘theory’. And, of course, there was a degenerated workers’ state with nationalised property relations in the USSR, unlike the ISIS territory which is a form of barbaric capitalism. The USSR did not look too pretty to the victims of the Great purges. Office Kremlin records show some 750,000 executions in 1937-8. That’s besides the extrajudicial ones and the mass starvation in the Gulag. The ISIS haven’t got a patch on that, but they haven’t got a cover story like Uncle Joe. And an international network of paid acolytes of abysmal theoretical ability in national ‘Communist’ parties who would say whatever Joe told them, even if it directly contradicted what they said the day before.

What must we say now about the third siege of Fallujah? Do we call for the defeat ISIS, the barbaric spawn of US imperialism’s invasion of Iraq? We know they initially received material assistance via the CIA and local proxies like Israel, the Saudis and Turkey as originally had been the case with the Mujahedeen in Afghanistan in the early 1980, which later gave birth to both the Taliban and Al Qaeda?

What of the 50,000 Sunni civilians in Fallujah who support ISIS because of the absolute barbarism of the US sponsored Shia militias? And the actions of US imperialism, who supported the Shia and Sunni militias alternatively for short term gains, conducting many false flag operations to exacerbate the sectarian religious divide? In concrete situations in the ground you can ally with any force or exploit any temporary difference within the camp of class enemies to preserve life and limb. But that must not determine overall strategic goals, which we can never abandon.

We cannot support this imperialist sponsored assault. We cannot forget the Shia Sunni joint attacks on the US army during the First Siege of Fallujah? Who knows the details on the ground now? Is there nothing left of the Shia Mahdi Army anti-imperialism or are they all simply tools of the US geopolitical strategy now? And sponsoring Sunni groups here and bombing them there. And what logic lies behind the US continued sponsoring of Sunni ‘moderate’ jihadists in Syria (the ridiculous Obama ‘revolution’ still pushed by thankfully an ever dwindling band of leftists) in comparison to the siege of Fallujah?

As consistent revolutionary socialists we can never support the current client of US imperialism. And we must also support militarily but not politically those who are currently in deadly conflict even if only temporarily with imperialism and/or its current, if temporary allies. Certainly that is what we must advocate in Fallujah.

And we know what is about to happen to Fallujah because of the fate of Ramadi and Tikrit; the cities reduced to ruins and up to a half a million driven out to face the wrath of Shia militias seeking revenge for ISIS atrocities against Shia fighters.

And the two million population of Mosul what will we do with them? It should be obvious that ISIS could not have taken Fallujah or Mosul without the support or at least acquiesce of the population. Every bourgeois liberal commentator on TV and radio is now saying what about the civilian population? Are they all to be massacred from 20,000 feet to ‘liberate’ them from ISIS? If they understand that the scenario of evil ISIS against liberating US bombing is no good at all. What are we to propose here?

In Iraq alternating between Shia and Sunni has produced a horrific sectarian conflict but nonetheless we must determine in all such conflicts which side global imperialism is supporting. And mass bombing urban populations will produce horrific civilian casualties. In big areas of Afghanistan the Taliban are regarded as a national liberation force, despite their barbarism because the warlords are US stooges. And it forces some political changes on the Taliban.

Likewise with the ISIS. If they defeat the Iraq army in Fallujah and Mosul the mass of the population will begin to develop the confidence to overthrow the ISIS. That in essence is also the Trotskyist rational for always opposing Imperialist wars and proxy armies. And seeking its defeat.

The question is not “supporting ISIS” as Andrew Neil falsely charged me on the Daily Politics Show on 910 March but of defending the civilian Sunni population against US carpet bombing. And imperialism is preparing us via its political statements of political leaders and the mass media for appalling slaughter in Fallujah, in Mosul and Raccqa. You cannot defend these populations without defending the ISIS at the same time. Defending Fallujah by overthrowing ISIS right now is to support the victory of the USA.

Left-wing anti-semitism is a contradiction in terms, it is a bogus category; it does not exist! »
« France: Protests against the El Kohmri law (in English and French)

4 thoughts on “Victory to the defenders of Fallujah!”