Plain Tales from the Hills of the pro-imperialist ‘left’ 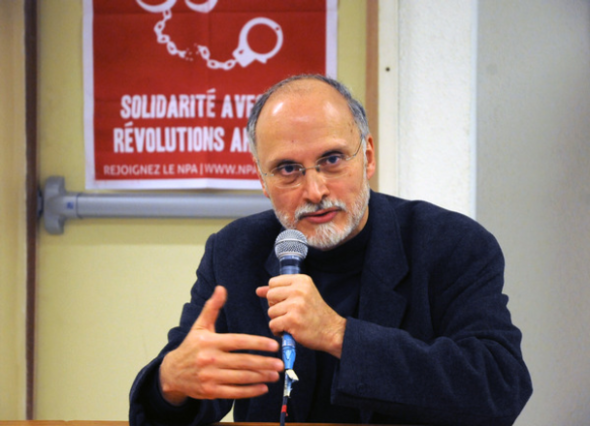 Professor of the pro-imperialist left at SOAS Gilbert Achcar.

As the crisis of global capitalism intensifies and WWIII looms closer forces on the left begin to fracture and divide. Of course many are able to maintain a relatively good stance on the domestic class struggle but when it comes to imperialist war ‘scurvy pacifism’ is rejected equally by the revolutionary Marxist tradition and by the ever-right-moving pro-imperialist left. It was shocking to see Gilbert Achcar, who teaches development studies and international relations at the School of Oriental and African Studies (SOAS), from Socialist Viewpoint/ Fourth International, supporting the imperialist bombing of Libya, then Syria and Ukraine. We have dealt with these in past issues but new developments produce further outrages. We will take just two. 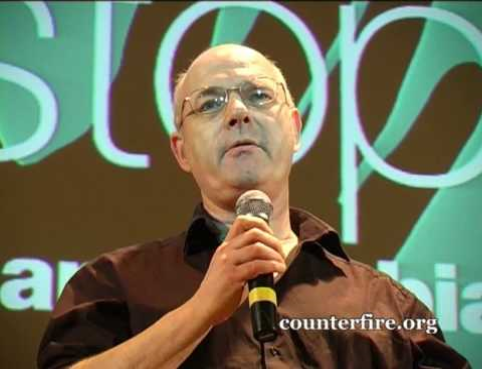 “Cameron made the 70,000 claim because it’s true… The 70,000 figure excludes the two largest Islamist militias, Ahrar al-Sham and Jaish al-Islam, presumably because their leaders include former jihadis. If you add those two organisations, then the anti-Assad opposition (leaving out the al-Qaeda affiliate Jabhat al-Nusra and other smaller jihadi groups) comes to more than 100,000.” 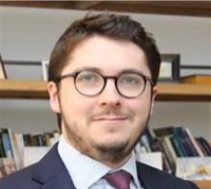 “Charles Lister is a visiting fellow at the Brookings Doha Center”.

Here is Charles Lister’s summary (the source of Cameron’s figure—GD), he says, and we open a link to The Spectator, a Tory magazine owned by David and Frederick Barclay who also own The Daily Telegraph newspaper. As proof of ‘moderation’ we got this chart. When you see Lister’s figures for ‘moderates’ and then see the reason beside those figures, “CIA vetted”, and a red warning sign does not immediately begin flashing in you brain you are either a naive political person or you have a political agenda hostile to discovering the truth.

Hence my expressions of amazement at Bob given our past common membership of the WRP and WIL. He seems a long way from revolutionary Trotskyism now.

In that very long article he utterly fails to find anything wrong with what he calls “the West” except they are failing in their duty to assist “the revolution” adequately. For example: “the absence or lack of any kind of “large” organised and decisive military assistance of the USA and/or Western states to the Syrian revolutionaries is another proof of the lack of will for any radical change (!!!) in Syria.” US finance capital only wants the best for Syria, what serious ‘Marxist’ could question their motives in that war?

The essential message from these diatribes, if we leave aside a few pseudo-leftist phrases, would not be out of place in a far right Neo-Con propaganda sheet. ▲

I am used to this kind of pro-imperialists arguments. They came, here in France, from the NPA, a staunch supporter of the US aggression against the Syrian government using these so-called “resistance fighters” and “Marxists” to promote the US and French imperialist plans in the region. This “intellectual” man, Mr Daher, is one of their main “sources” and inspirer.

In fact, in their traitorous reasoning Mr Daher, ‘forget’ the main problem. That all those so called “rebels” and “opposition” are the stooges of imperialism or their fellow travellers. The so called Free Syrian Army is a construction of the French imperialism and has very little importance in the field. It is just a political justification for the plans of French and US imperialism in Syria.

Mr Daher is an intellectual supporter of…this French intervention. He disguised itself as a “Marxist” but it would be very stupid to take his word for it, he is just another imperialist ‘intellectual’ puppet. The FSA is at most a very little pro-French and US pro-capitalist movement.

I do not understand why this rotten prose is published in your site that has till now support the people of Syria in his long and heroic fight against a coalition of imperialist powers and its puppets states and the fundamentalist murderers they support.

These are enemies and there are criminal arguments don’t need the only tribune that can be used to promote the real situation and the real reasons of the crimes that are happening in Syria and the region and today with plans by the imperialists to escalate the war, using as ‘justification’ the crimes their creatures have committed in Paris.

Syrian Observatory and Syrian Network of Human Rights – A UK Hoax »
« Who are those who’ve been expelled?