My auto-exclusion from the Labour party and subsequent readmission 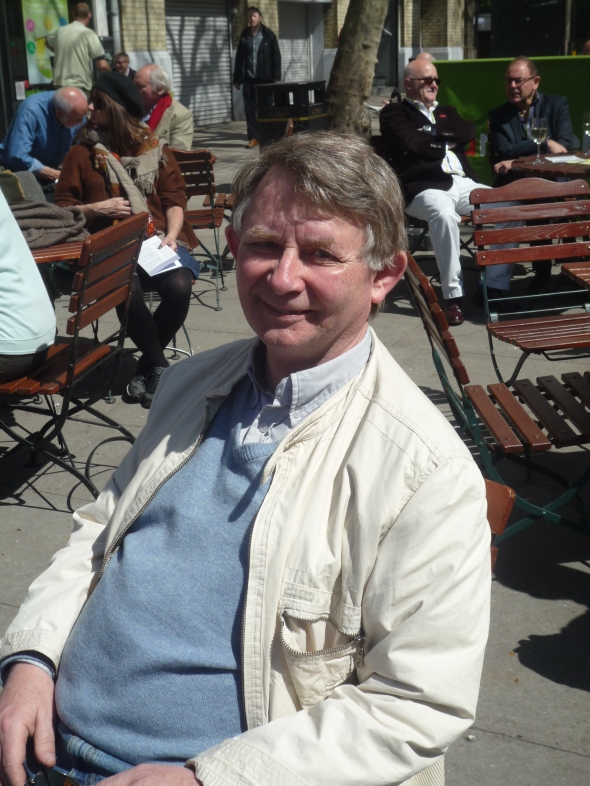 I learned I was in trouble with my Labour party membership when I tried to move a motion on Trident in my local ward meeting on 7 October. I could not as I was only an affiliated member, I was told. On enquiry the next day I got a reply from Compliance Officer Jane Shaw “I have been asked by Member Services to provide you with the attached copy of a letter sent to you in August advising that you had been auto-excluded from membership of the Labour Party.” The letter said I had been auto excluded on 11 August because I had “publically supported a political party other than the Labour party”. And I could expect to wait five years before any appeal would be considered except in “exceptional circumstances”.

I inquired on the reason for my exclusion and got the following from Ms Shaw:

“I understand that the reason for the NEC’s decision to auto-exclude you from membership, was the support you have shown through social media, for the organisation Socialist Fight. Your Twitter account also states “I am a Trotskyist retired bus driver with ambitions to end capitalism on the planet by socialist revolution”, which (are) against the aims and values of the Labour Party.”

…The organisation Socialist Fight is simply a publication around which supporters organise like many others in Labour, it is nor a proscribed organisation and it has never stood against Labour and has no intention of doing so.

The impression I have got from the letter and your emails is that I, a member for some 30 years, with a few breaks, was expelled on 11 August because I was perceived to be a supporter of Jeremy Corbyn and one who was working for his election as leader of the Party and it was his aims and principles that were unacceptable to the NEC subcommittees. Please correct me if I am mistaken.

The grounds that you have given me for my expulsion without a hearing; that I support Socialist Fight and that I am “a Trotskyist retired bus driver with ambitions to end capitalism on the planet by socialist revolution” do not contravene any rules of the Labour party that I know of. My understanding is that the founding leader of the Labour party, Kier Hardy, and many other leading Labour members historically and presently have stood and do stand precisely or at least approximately on these socialist principles. If these principles are deemed to have contravened some Party rules do please indicate which ones so I can instruct my legal representatives on the preparation of my defence.

So this is a formal request to see the charges and the evidence on which they were deemed to be proven and the Party rules they are deemed to have contravened.

Thanking you in anticipation of a prompt reply.

On 30 November I got a Labour party membership card in the post and enquired if this meant my appeal was successful. Sophie Goodyear emailed:

“The NEC panel has reviewed your appeal against the rejection of your membership and made the decision to accept the appeal, pending the endorsement form your local party. I have attached the email sent to you on Friday 20th November that explains the process in more detail.”

And the further details included:

“As regards your own appeal, we can now advise you that after review by a different NEC panel, it has been decided that you should be re-joined as a member, but subject to the CLP being allowed eight weeks in which to agree whether to endorse or reject you as a member. The opinion of your CLP is now being sought and you will be informed during the week beginning 18 January 2016, at the latest, whether the CLP has accepted or rejected you as a member. If you have been rejected then depending on the reason for rejection, you may have a further right of appeal.

If the CLP agrees to endorse you as a member you will be offered the opportunity to have your membership backdated to your original join date, upon payment of any unpaid membership fees.

Between now and 18 January 2016 or the CLP rejecting you as a member, whichever is sooner, you can attend branch and all-member meetings but you will not have voting rights until you are notified that you are an endorsed member.

In fairness they did seem to have taken notice of the appeal letter. The point that the decision to reverse the exclusion was “after review by a different NEC panel” indicates that the Corbyn victory had had its effects. Also important is the space opened up by the acceptance of the passage: “My understanding is that the founding leader of the Labour party, Kier Hardy, and many other leading Labour members historically and presently have stood and do stand precisely or at least approximately on these socialist principles” indicates that not only is the words “socialism” respectable within the Labour party once more but the words “with ambitions to end capitalism on the planet by socialist revolution” are also arguable. Of course we may argue what we mean by revolution, what we mean by ending capitalism and how it is to be done but these arguments are now legitimate within the Labour party once more.
This Stop the Labour purges campaign is winning significant victories similar to my own. But we do need these principles for struggle more openly acknowledged.

Lastly I did ask around in the local Labour party and wider how I should conduct the struggle, which I thought would be long and difficult.

Barrister Nick De Marco offered legal assistance, fortunately not needed but it was good to be proceed with the knowledge that there was expert back up.

And three bits of useful advice from unnamed comrades:

Maybe it was the threat of legal representation in a widely publicised case that could give a platform to revolutionary socialism that gained the readmission.

Who are those who’ve been expelled? »
« Socialist Fight No 21 and IDOT Nos 16 and 17 uploaded to website