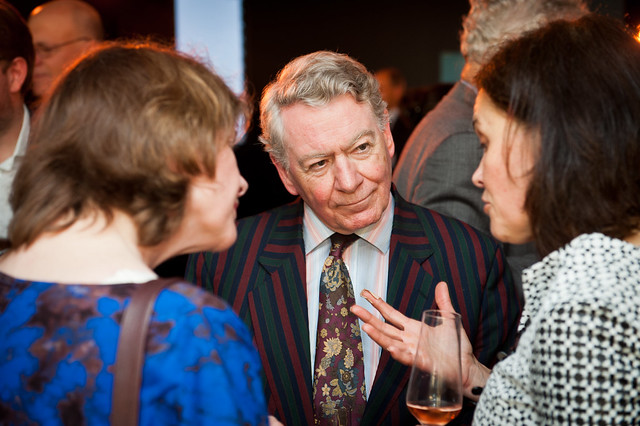 The Financial Times has a back page column by John Plender on 20 August 2014 of exceptional importance. This pundit begins by explaining that both US and EU bond yields have declined, so reducing government repayment debts. So far so good but it is because we are entering a deflationary epoch, too much like Japan of the last two decades to be welcomed. And he goes on to explain that Europe’s problems are “intractable”.

The core problem, he assures us, is “deficient demand”, an entity also know to Marxists as “under consumption”. Germany has been tightening fiscal policy, and as southern Europe cannot devalue their currency they must resort to “internal devaluation”; wage cutting and sackings so, “the future of a generation is now blighted by scarcely believable levels of youth unemployment”.

Of course serious Marxists beginning with Marx himself have long debunked this theory, which is a circular argument. If the problem is under consumption the answer is simple; print more money and expand more debt. Another version of the same thing is to plead for raising the minimum wage significantly, increasing welfare payments or encouraging wage rises for the lowest paid, increasing tax allowances for them, etc. Aside from the obvious fact for Marxists that this contravenes  the iron laws of the class struggle, the bourgeois only concede to the working class what its organised strength can force out of them by strikes or the threat of strikes,  even anti Marxists have lost faith in that non-solution.

Someone must pay the debt in the end, all but the blindest of reformist Keynesians like the Left Economics Advisory Panel (LEAP) McDonnellites have now realised. And Plender knows that too, as we shall see; he doesn’t believe his deficient demand thesis at all. ‎Or more correctly he does not believe it can work without a Milton Friedman style alteration in the balance of class forces, such as we saw in Chile in 1973.

Increasingly serious articles and debates within academic Marxist circles (see “And yet it moves (down) by Estaban Ezequiel Maito, Weekly Worker August 14 2014 for the debate there) and practicing Marxist groups such as the Trotskyist Socialist Party/ Committee for a Workers International and elsewhere are asserting that the falling rate of profit is the root cause of the crisis. Plender and some self declared Marxists and Trotskyists would examine that in a serious way were they not so ideologically committed to the capitalist system. His solution comes at the end of his piece; for those who can read between the lines the hints leading up to this are very broad.

There is a “huge debt overhang” in the euro zone, he observers and, as they have to “run primary budget surpluses” (before interest payments) they can find no way out by fiscal manipulation. The European Central Bank has not resorted to quantitative  easing (QE) as it probably would not work.

There is some relief to be had from exports to the  reviving US economy but this‎ is weak and additionally the US has already used QE to devalue the dollar against the euro, thus making imported goods less competitive. So far so bad. Then comes yet more exasperated pessimism: “Now geopolitics is set to exacerbated the debt problem because there are growing calls in the US for its allies to stop free – riding on the American military budget “.

The explanation here is that the USA spends 4.5% of its GDP on its military budget but its NATO allies spend a far smaller percentage; the US should reduce its spending to say, 2.5% of GDP, and its allies should take up the slack.

Why everyone could not reduce military spending and produce for need is another questions not posed; there are wars to fight, is the answer and Russia and China might catch up. Besides the global hegemon has to maintain a big military advantage over its reluctant friends (Germany and parts of the wider EU) and more obviously enemies or potential enemies (the BRICS)  lest they combine against it; the British Navy had to be twice the size of its biggest competitor in the heyday of the hegemony of the British Empire around it peak in the 1860s and 70s.

HMS Colossus, lead ship of the class, painted in 1891, Malta, aleady the British Empire was declining then, challenged b y Germany and the USA

It is premature to call this projected reduction  isolationism, Plender thinks,  but it is beginning to unite “conservatives and progressives”.  Ron Paul, the far right Republican reactionary, meets Bernie Saunders, the Social Democratic Democrat, here it seems.  Why Ron Paul thinks these thoughts is indeed enigmatic for some until these factors are considered.  But then there is renewed presence of US troops in Iraq, Plender says (does he know more than the rest of us?) .

And, we might add, there is the factor of the Military Industrial Complex (MIC) and all those local jobs in manufacturing  those weapons of mass destruction (a branch of ‘industry’ that must remain in the USA by law) whose viability is decided as the pork belly is divided when the Senators and Representatives face the MIC and all the other powerful transnational corporation and other special interest lobbies like the Zionists.

Moreover combined with the QE used by the USA to devalue the dollar its position as the trading currency of the world enables it to force all its rivals effectively to pay for its trade deficit, thus ensuring a deep resentment at their maltreatment by the USA which would immediately become apparent if the opportunity arose if an economic catastrophe befell the US economy.

What’s to be done? There aren’t any easy options, speculates pundit Plender. Debt forgiveness in the euro zone? The German banks won’t have it as they might fold. Ah, there’s always that great standby, “structural reform”. European Central Bank measure in 2008 were intended to buy time for this but all governments have been slacking;  imposed austerity is just not of the order required to restore profitability. Time is short, growth is only projected  at 1.5% in the euro zone and 1.9% in the US in 2014-30 (barring another economic catastrophe, he might caution), the OECD thinks sufficient “structural reform” is being implemented or is on the way but few of us serious pundits are fooled by that.

Where to begin? ITALY, that’s where. Under its new prime minister Matteo Renzi things are looking looking up, “it has the best opportunity in years to break with the past”. How so? “The diminished power of the trade unions and the voter experience of protracted zero growth gives him a real chance”. “The guard of the Italian proletariat is down, let’s go for its throat!” is the nasty though behind this diplomatic language.

And he must be aware of the risks. Imposing the the type of “structural reforms” he clearly feels necessary on an already brutally  structurally reformed  working class would risk revolution. But “we seem to be succeeding in this in the Ukraine”, must be the motivating thought here.

Sophisticated ruling class strategists will get the message but it’s best not to spell it out too clearly for any hostile class enemies that might peruse the piece; deniability must be preserved. But the final hint is indeed broad, we are heading for Japanese style deflation and with the ultimate ‎consoling thought of all the exasperated petty bourgeois of the planet who are trying to galvanise the forces of reaction for the first significant 1933-style strike on the working class of a major metropolitan country;  “The markets have realism on their side”. That might be rephrased as “history is on our side, we have to make this system work again no matter what it takes”.

And, given that this period in the twenty first century sees global inequality between nations at its highest ever and the gap between the rich and the poor within nations now wider that in Victorian Britain (and no more gruel available for the whining Olivers) the imposition of the far greater inequality proposed here by Plender in these brutal “structural reforms” would require severe police state oppression if not fascism itself. But  he thinks the bourgeoisie might just get away with that globally beginning in Italy today.

That’s ultimately how to deal with the unbelievable levels of youth unemployment in southern Europe for a start. If capital cannot make  profit ‎ out of unemployed youth and they are a drag on the welfare state a nice global war would solve that problem and destroy enough human and industrial capital to restore profit rates for a section of the biggest capitalists. Hitler’s rise to power in1933 inevitably led to war in1939, Trotsky observed at the time.   After WWIII the capitalist class would then be much smaller as a class but the remaining  would also be much more profitable and wealthier and the hegemony of the USA and its closest allies, finance capitalist centres like the UK, would be secured for another generation.‎ A big section of the middle and smaller sized capitalists have to be sarcaraficed together with all those unemployed youth to appease the gods of profit.

Just as Il Duce saved the Italian bourgeois when he began his crusade almost a century ago which ended in triumph with the March on Rome again Italy will show  the whole world its future. Italy didn’t do do well out of WWII but they did successfully kick off the real struggle which ultimately benefitted the USA and finance capital  so handsomely, may be Plender’s thought here.

Fascism is now the only realistic choice for the world, is the undeniable implication. Inspired by events in the Ukraine, where the liberal Guardian-reading establishment pulled a major section of the centrist (in Marxist parlance) and reformist left after them to support the EuroMaidan and admire the courage of the fascist stormtroopers of finance capital we are certain  our time has come again, says the Plenders of today.  Tomorrow belongs to us.

“It does not and it will not”, every revolutionary socialist and every serious class fighter responds. Tomorrow belongs to the revolution and we will make sure that it triumphs by building the World Party of Socialist Revolution, the reforged Fourth International.

Socialist Fight NATO Summit Statement »
« A misrepresentation of Trotsky on the Ukraine question by a petty bourgeois moralist: A reply to Michael Calderbank