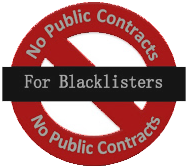 Statement from Dave Smith, Blacklist Support Group.
28th February, 2014.
It is with great sadness that we have heard the news that Mick Abbott has passed away. Mick Abbott (pictured with  Ricky Tomlinson) was a leftwing trade union activist in the building industry who fought for workers’ rights all his working life. The scaffolder from Wigan was a TGWU shop steward on many construction sites throughout the 1970s leading a number of disputes over safety and pay including during the construction of Fiddlers Ferry Power station in Warrington. While based at Sullom Voe in the Shetlands n 1979, Mick was part of the strike committee which organised 7000 offshore workers demanding better conditions.

Mick Abbott was a key campaigner for the release of the Shrewsbury Pickets at a time when the official leadership of the trade unions were looking the other way and was a co-signatory of an article in Workers Press that argued that “All unions with members in the building and construction industries must be forced to call indefinite strike action until Des Warren and Ricky Tomlinson are released.”. He raised money for the families of the jailed union activists and in 1975 led a march by building workers from Wigan to London to protest against the miscarriage of justice. Following the release of Des Warren from prison, the pair became close friends at the time when Des was writing his iconic book, Key to my Cell about the Shrewsbury conspiracy. 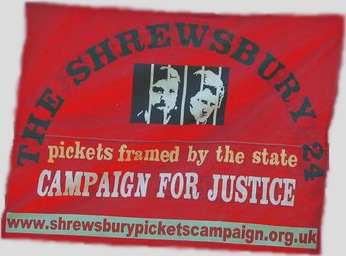 Because he stood up for workers rights, Mick Abbott was blacklisted by the big building firms using the services of both the Economic League and the Consulting Association. Mick’s blacklist file starts fifty years ago in 1964 and an entry at the top of his file actually reads “On building industry blacklist”. His blacklist file records how he was repeatedly refused work by firms such as Tarmac, Bovis, Sir Robert Mcalpine and Fergus & Haynes. The Guardian newspaper ran a story on Mick in 2013 in which he is quoted as saying, “this nearly ruined my marriage and it meant my children were on free meals at school. My file goes back to 1964 and the last entry says that I rekindled the campaign for justice for the Shrewsbury pickets in 2006. They have been watching me all these years and passing this information around, blighting my life over four decades.”

Mick Abbott was an active member of the Blacklist Support Group, running stalls at our AGMs, attending early morning protests and court cases. In 2012, Mick had private discussions with MPs on the Scottish Affairs Select Committee about the impact that blacklisting had on his working life and family. Despite serious illness, Mick continued to campaign against the blacklisting of trade union members and for the Shrewsbury pickets until his death. It is an honour to have known the man. Our thoughts go out to his brother Terry and his family at this sad time.